The United Nations has called for a whopping $ 4.7 billion to protect the lives of millions & combat the coronavirus in poor & weak countries including Pakistan. The UN has identified 20 poor countries including Afghanistan & Syria. The fund required by the UN is on top of the $2 billion it called on March 25. 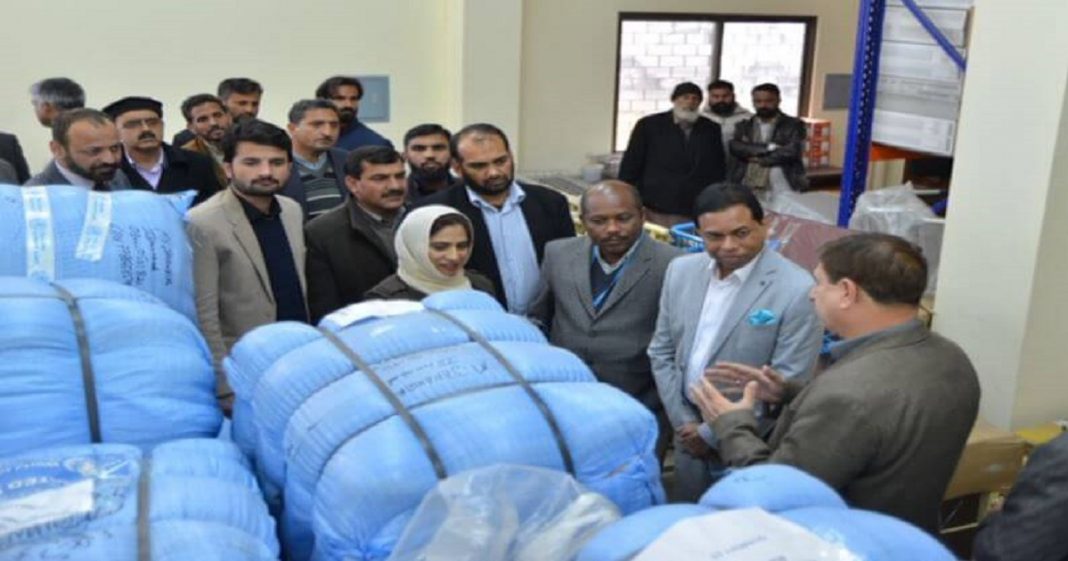 The United Nations (UN) on Thursday issued a new call for $4.7 billion aid in funding to “protect millions of lives and stem the spread of coronavirus in fragile countries.”
The money is on top of the $2 billion the UN already called for when it launched its global humanitarian response plan on March 25. It has received about half of that money so far.

“The most devastating and destabilizing effects” of the novel coronavirus pandemic “will be felt in the world’s poorest countries,” UN Under-Secretary-General for Humanitarian Affairs Mark Lowcock said in the statement.

“Unless we take action now, we should be prepared for a significant rise in conflict, hunger, and poverty. The specter of multiple famines looms,” he warned.

The full $6.7 billion is expected to cover the costs of the humanitarian response plan until December.

The funds are to be used to buy medical equipment to test and treat the sick, provide hand-washing stations, launch information campaigns and establish humanitarian airlifts to Africa, Asia, and Latin America, according to the UN.

It also aims to develop new programs to better combat food insecurity that is growing as a result of the economic crisis caused by the COVID-19 pandemic.

“I urge donors to act in both solidarity and in self-interest and make their response proportionate to the scale of the problem we face,” he added, warning of a long-term boomerang effect if poor countries are neglected by rich countries.

COVID-19 infections are expected to peak in the world’s poorest countries in the next three to six months, according to UN estimates.

Countries prioritized by the UN

The UN has prioritized some 20 countries, including several in conflicts such as Afghanistan and Syria.

The United Nations is calling for solidarity and increased funding, as some of the world’s most vulnerable countries scale up their efforts to combat the coronavirus pandemic.

“Now, the virus is arriving in countries already in the midst of humanitarian crises caused by conflicts, natural disasters, and climate change,” said United Nations Secretary-General António Guterres as he, together with three senior officials, launched a $2 billion global humanitarian response plan to fund the fight against COVID-19 in the world’s poorest countries.

WHO’s prequalification programme – which assesses the quality of priority medicines supplied by UN agencies and other organizations in low-income countries – has prioritized generic medicines with around 70% of the medicines it prequalifies are generic https://t.co/8QwajRWc1J pic.twitter.com/NiqaMjHcFk

“These are places where people who have been forced to flee their homes because of bombs, violence, or floods are living under plastic sheets in fields or crammed into refugee camps or informal settlements. They do not have homes in which to socially distance or self-isolate”, he said.

On 26 March, the Secretary-General plans to attend a video conference of leaders from the Group of 20 major economies, in which he will ask them to adopt a “war-time” plan and step forward with strong response packages, which will address the outbreak domestically and help the poorer countries tackle the crisis.

“A recession is in prospect,” the UN chief said in a letter to the leaders of G-20, which accounts for 85 percent of the world’s gross domestic product, adding that “the question is: how long it will last and how much damage will it do to the productive capacities of our economies and the livelihoods of our citizens.”

The Secretary-General appealed to the G-20 to take bold action in three areas. First, he said that coordination and cooperation to suppress the virus is the first priority, calling on G-20 leaders to establish an articulated response mechanism guided by the World Health Organization, to achieve suppression together.

“We must create the conditions and mobilize the resources necessary to ensure that developing countries have equal opportunities to respond to this crisis in their communities and economies,” he said, stressing that “anything short of this commitment would lead to a pandemic of apocalyptic proportions affecting us all.”

The Secretary-General urged G-20 leaders to commit to ban tariffs, quotas or non-tariff measures, and remove restrictions on cross border trade that affect the deployment of medical equipment, medicines and other essential goods to fight the epidemic, also encouraging the waiving of sanctions imposed on countries to ensure access to food, essential health supplies, and COVID-19 medical support. “This is the time for solidarity not exclusion,” he stressed.

Second, he said, it is critical to minimize the social and economic impact of COVID-19 for everyone and stimulate a faster recovery everywhere, noting that by the end of this year, the cost of this pandemic is likely to be measured in the trillions of dollars.

“The response of G-20 leaders must be decisive and commensurate,” he said, calling for the urgent launch of a large-scale, coordinated stimulus package in the trillions of dollars to target the direct provision of resources to businesses, workers and households in those countries unable to do so alone.