Premiership of Imran Khan faced numerous challenges from day one. Only a man like Khan could have handled this successfully. So far, Khan as a cornered tiger has been successful in takling the economic, social, political and pandemic issues. Maleeha Hashmi, a UN consultant, gives an account of PM Khan's course of action. 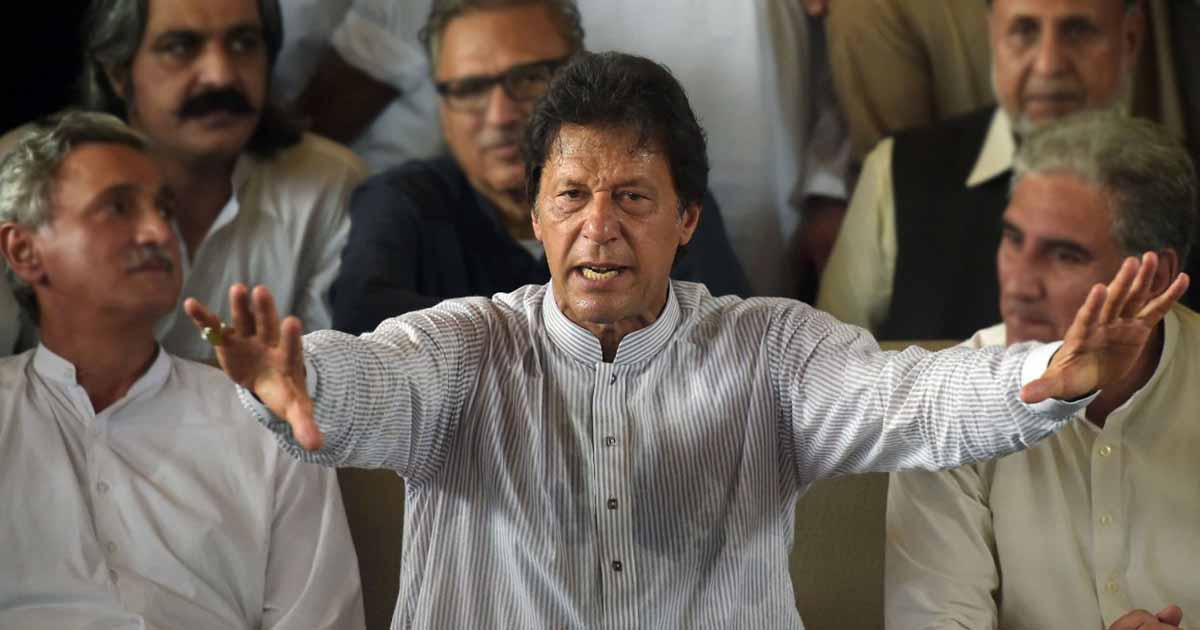 I doubt there has ever been a time in our lives, when we saw this ironic truth manifest itself in a more realistically severe manner. Empty roads, lifeless markets and malls, aimless mornings, gloomy evenings and the fast growing fear of losing our loved ones to never-known-before “coronavirus” has engulfed some and depressed all. Every nook of the world looks equally helpless, regardless of how developed a country is.

As we speak, there are 1,314,521 active cases of coronavirus across the world. 114,393 patients lost their battle against the unforgiving outbreak, whereas 428,756 patients have successfully recovered.

Pakistan, being a developing country, battling multi-dimensional economic crunch, feared as to what might happen, if the virus bared its fangs, like it did in rest of the world. But as they say, “Destiny often meets you on the road that you take to avoid it”.

PM Imran Khan is not coming slow on his “accountability” drive. A week ago, he made an exemplary move, by running an inquiry against the sudden price hike in sugar and flour prices lately and made the inquiry report public

Pakistan decided not to call in Pakistani students stuck in Wuhan, China, to avoid the virus outbreak, but the Pakistani pilgrims brought it home, on their way back from Iran. Things went bad to worse to good to really good, within a month’s time and this circumstantial roller coaster brought out the best in Pakistani Premier, Imran Khan.

Like, many other countries, it united the entire Pakistani nation, under his leadership. From Doctors to Paramedical staff to Police to Armed Forces to every institution of the Government joined hands, looked the ruthless coronavirus outbreak in the eye and got the divine force move the winds their way.

Though, initially the pandemic was not taken as seriously as it should have been and we all dreaded replicating Italy’s miscalculated carelessness in this regard. Therefore, the Government of Pakistan carefully played, pulling off the “partial lockdown” and developing a viable mechanism to keep the economic wheel on the roll.

The good news is that the recovery rate of coronavirus patients in Pakistan is much higher than the death rate. Out of total 5374 patients, 93 lost their lives and 1095 have successfully recovered, and now, majority of the recovered fellows are being tried to be utilized to help the ailing fellows recover. The overall morale of the nation is pretty higher as compared to many other countries, which is very encouraging. The national will to fight and beat the pandemic seems to be quite strong.

The Government of Pakistan wisely imposed a partial lockdown to control the spread and manage the livelihood of millions, simultaneously. Alongside, the Government swiftly designed and rolled out the BIGGEST social protection initiative in the history of Pakistan, aiming to disburse around Rs. 144 Billion to the poorest segment of the society, mainly involving daily wagers, who were to bear the brunt of the coronavirus-induced economic downturn. Through this one of its kind program, named “Ehsaas Emergency Cash Program” Government will be disbursing Rs. 12000 to the citizens, whose livelihood got impacted the most, owing to the ongoing partial lockdown across the country.

Earlier this week, the Minister for Planning and Development, Mr. Asad Umar shared that Federal Government, in collaboration with the provincial Governments, is going to role out another social welfare project, worth Rs. 200 Billion, aiming to uplift the lives of the poor citizens of the country.

Alongside, PM Imran Khan is not coming slow on his “accountability” drive. A week ago, he made an exemplary move, by running an inquiry against the sudden price hike in sugar and flour prices lately and made the inquiry report “public” – despite the fact that it revealed his own Ministers and close aides being the beneficiaries of the whole subsidy and price hike fiasco.

Pakistan is disrupting and shattering to turn into a stronger, honest and powerful State, which will be lending loans, after couple of years, and not seeking foreign aid for “unnecessary” projects

The detailed forensic report on the issue is expected to unfold the intricate insight into how, when and where exactly what went wrong in the past five years and who is to be blamed, named, shamed and taken to task for orchestrating “artificial crises” on basic food items, time and again.

Another inquiry commission report on Foreign Loans taken from 2008 – 2018 has also made its way to the Premier’s table. The details on this report will be even more interesting and may lead to some serious decisions by the Government.

There could not have been a more interesting time to be in Pakistan for history and political science students, as history of this country is in the making and the conservatively built political patterns are going to be shattered, revamped and reformed, in the literal sense of the word.

It is pertinent to mention here that the disruptor and the author of the entire aforementioned “productive disruption” is the man, to whom his opponents said for 23 years, “Go, play cricket. Politics is not your cup of tea”.

Perhaps, they were right. Politics never was his cup of tea, and hence he played fair and square, without the rule book (read: cheating hacks) in hand.

Pakistan is disrupting and shattering to turn into a stronger, honest and powerful State, which will be lending loans, after couple of years, and not seeking foreign aid for “unnecessary” projects, as it happened in the past. Now, a strong system of accountability is in place to ensure that whatever aid is sought, gets to be spent in the right places, for the right purposes.

Here is to the beautiful dawn of “coronavirus free” and “corruption virus free” Pakistan, under the leadership of Imran Khan. Here is to the whole world beating this ruthless virus and making it through all the humongous allied challenges, like a boss!

Maleeha Hashmey is a socio-political analyst. She is a motivational speaker and human development consultant with the United Nations. She can be followed on:
Twitter: @maleehahashmey Facebook: @maleehahashmey1 YouTube: @maleehahashmey. The views expressed in this article are the author’s own and do not necessarily reflect the editorial policy of Global Village Space.

Previous articleCoronavirus exposed US capacities: After India, it asks South Korea for help
Next articleWhat’s next for Prime Minister Imran Khan?

19 September 2021
Previous articleCoronavirus exposed US capacities: After India, it asks South Korea for help
Next articleWhat’s next for Prime Minister Imran Khan?

Shaniera Akram is upset over the violation of SOPs on coronavirus