PM Imran Khan is trying for next generation

Pakistan, after suffering at the hands of ill-willed politicians for almost 70 years has found someone who, instead of looking after his personal gains, is working to rebuild the basic roots this country was created on. 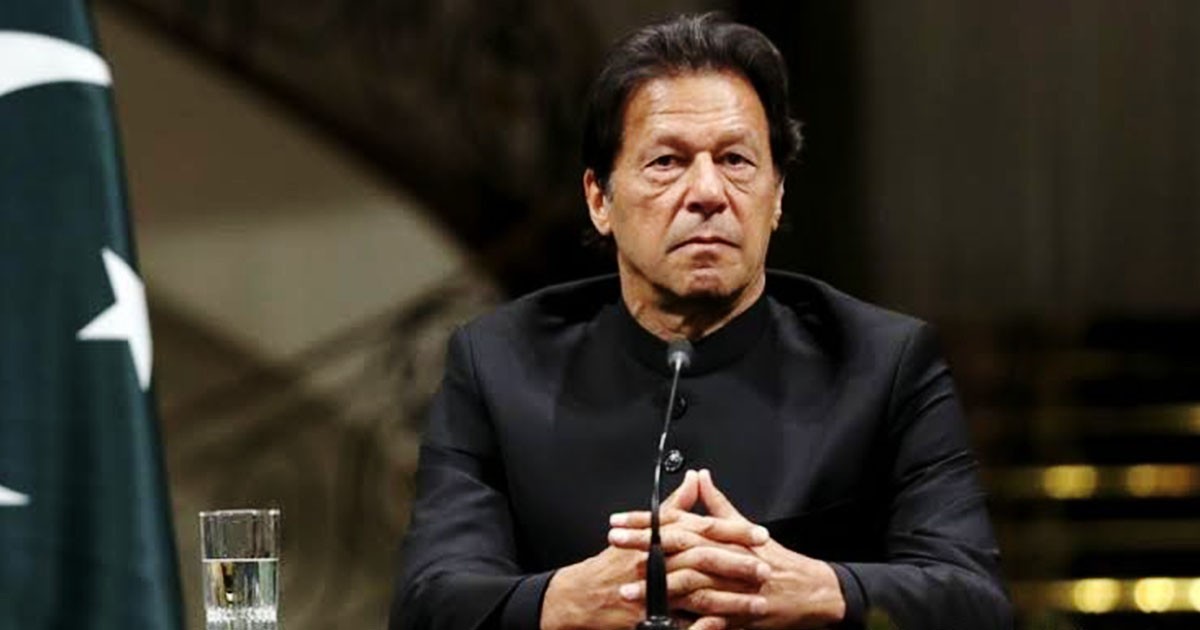 There was a generation that sacrificed and gave us a homeland. They even contributed to build it within meager resources. Then came the 2nd generation that elected the likes of Zardari, Nawaz, Altaf, Fazlur Rehman and gave the next generation an impression that loot, ethnicity, corruption, fighting for personal gains is your destiny. This 3rd generation of Pakistan became detached to Pakistan, its nationalism, its economy, its politics all self-centered and decided to move out of the country in bulk.

The sense of belonging to Pakistan died. Along came a man who gave this dejected young lot, a sense of belonging again. He told them its ok if you stay here, its ok if you have to come back – we will rebuild this – he gave them a dream, a hope for a better tomorrow. Yes, he will make mistakes, yes he will fall and you all have the right to criticize him. Remember he tried to challenge the system for decades, but this 2nd generation never gave him a chance – they laughed and ridiculed him – he did not have a choice but to gather the electables, win support of the establishment and bank on the same corrupt people because this nation would not come out of their “Baradaris”, their ethnicity, their petty issues.

Prime Minister Imran Khan has indicated that student unions in the country could be revived. Responding to the countrywide demand, expressed in the form of solidarity marches in some 50 Pakistani cities

He hoped, in his leadership, he might bring some good out of these same people for this nation, this homeland. At least he is trying his best, taking one by one at a time, fighting in the mud, circled around by vultures waiting for the first blood, getting abused on daily basis, questioned over his actions, competence and even intent, getting dejected each day, getting disappointed at the very people around him. Kudos to his Resolve.

His intent is not questionable – but he still doesn’t have much choice and the same pack of scavengers surround him. Imagine my friends… waking up in Imran’s shoes and wearing the very elusive crown that in fact is bloodied and thorny and smelly. If the older generation thinks Imran Khan has anything to lose, he doesn’t!! He has been to the top of the world – traveled with the greats, lived the life of a king.

“Kursi Ka Nasha” is beneath him.

But he remains this nation’s last hope. It is sad and unfortunate. I have never seen an adult generation leaving behind so much filth for their kids and still wishing so ill that their current and future generation’s last hope to FAIL miserably. People pray that their kids live in a better country. People pray there comes a leader who one day intends to wish good for their kids. People want Imran to fail to prove a point – “I TOLD YOU SO”,

“DON’T DREAM MY KIDS”. They trust their kids’ future with Maryam Nawaz and Bilawal Zardari. God bless such a nation. Imran Khan will walk away injured and bruised like many a time before. He will be dejected that his dream to raise this nation didn’t come true. All the compromises, even the ugliest ones he had to make, were futile. Will you be able to walk away from your wish to burn your next generation’s dream of a better Pakistan? So go on and continue your mud-slinging and praying each day for him to FAIL.

If only you were so critical for your past 40 years of choices of leaders that made this motherland’s milk dry, abused and plundered its resources to fill their coffers, and flooded its streets with your children’s blood, IK would be doing commentary in World Cup and giving lectures around universities.

Yes, he will stumble and yes he will make mistakes. But if he can bring even 10% improvement to this God-forsaken country of grave evils and corrupts, I will choose him again on his worst day rather than Asif Zardari, Fazlur Rehman, Nawaz Sharif and Altaf’s best day. I will not give up my dream till IK breathes his last as I don’t have anyone else to look up to.

In a welcome move, Prime Minister Imran Khan has indicated that student unions in the country could be revived. Responding to the countrywide demand, expressed in the form of solidarity marches in some 50 Pakistani cities, the prime minister tweeted on Sunday that the government might revive student unions, although after a “comprehensive and enforceable code of conduct” was in place. Mr. Khan is not the first prime minister to have expressed his resolve to revoke the ‘ban’ on student unions.

The PPP’s Yousuf Raza Gilani, too, had declared his intention of reviving student unions in his first parliamentary address in 2008. But nothing came of it.

The Senate took up the matter in 2017 and its committee of the whole passed a resolution calling for the restoration of student unions, terming it a constitutional right. The committee also addressed the ‘ban’ imposed by a 1993 Supreme Court verdict, saying that the restoration of students’ representative bodies would not be in violation of it. Recently, the Sindh Assembly passed a unanimous resolution along the same lines, and PPP chairman Bilawal Bhutto-Zardari spoke in favor of the issue.

But there are challenges.

First, the politicians’ willingness has not been translated into action. Ambiguity still persists regarding the legality of students’ right to unionize. This may also be partly due to society’s negative perception about politics itself and because the student wings — that operate with impunity on university campuses — of various political parties are often confused with these unions.

At best, such groups can be described as student organizations; but they are a far cry from an elected body of student representatives with the mandate to address students’ issues.

Hopefully, the ‘code of conduct’ will, besides formulating the rules for establishing unions, also make clear the distinction between elected unions and other groups led by students.

Kanwar Dilshad, former Secretary to the Election Commission of Pakistan, worked in the constitutional institution for over 30 years. He is currently the chairperson for the National Democratic Foundation; the foundation’s work is to grow and strengthen democracy in Pakistan.