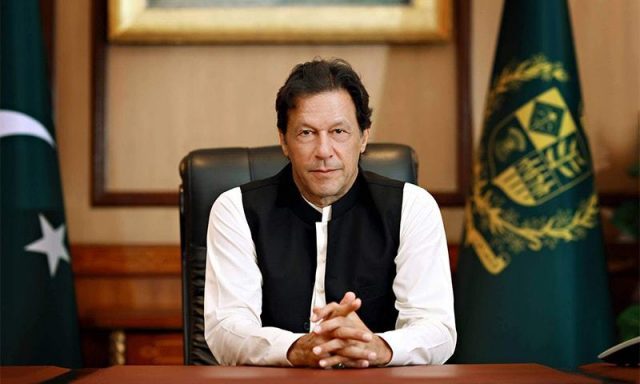 Prime Minister Imran Khan in his Women’s day special message has revered the role of Fatima Jinnah, the sister of Quaid-e-Azam Muhammad Ali Jinnah in the creation of Pakistan.

He stated that Fatima Jinnah stood steadfastly beside Quaid-e-Azam during the creation of Pakistan that highlighted the strength of the women and what they are capable of achieving. He also hailed the crucial role women can play in the progress of the country. PM Khan in his message reiterated that his government is committed to providing women the secure environment that would enable them to play their role in the development of a nation in the right direction.

“On Women’s Day, we pay tribute to Fatima Jinnah who stood steadfastly beside the Quaid in his struggle for Pakistan. We reaffirm our commitment to ensuring women a secure & enabling environment to play their rightful role in our nation’s development” tweeted Imran Khan.

On Women's Day, we pay tribute to Fatima Jinnah who stood steadfastly beside the Quaid in his struggle for Pakistan. We reaffirm our commitment to ensuring women a secure & enabling environment to play their rightful role in our nation's development. pic.twitter.com/tw71sDT1m0

On the other hand, opposition leader Shahbaz Sharif also posted a message on his Twitter account on International Women’s Day.

A day to celebrate and honour the incredible work our women are doing to strengthen their families, communities and the country. The women of Pakistan have come a long way off but a lot needs to be accomplished and soon. (1/2)

He stated that his government introduced several reforms for the development of women. Sharif, however, believes there is still a long way to go to fully enhance the women leaders in the country.

Meanwhile, politicians from other political parties also shared their messages on Women’s Day on their respective social media platforms.

Read more: Why is it important to celebrate Women’s Day?

Pakistan People’s Party leader Bilawal Bhutto Zardari paid tribute to his mother Benazir Bhutto– the first and only female Prime Minister of Pakistan and the Muslim world– for her sacrifices and bravery. He stated that his mother fought courageously the extremism and defied patriarchy in his political journey.

On #internationalwomensday I pay tribute to shaheed Benazir Bhutto. 1st female PM in the Muslim world. Who battled extremism, authoritarianism & patriarchy for 30yrs of political life. We will build a progressive #pakistan, a feminist pakistan & a Benazir Pakistan in her memory. pic.twitter.com/88bkFuNSSs

“Contributions of women on duty in uniform, at household and especially the ones of martyrs’ families are greatly valued. The great Pakistani women have a role and responsibility towards progress of Pakistan”, COAS.

Political leaders, celebrities, media persons and people from all walks of life lauded women and acknowledged for their role and contributions to the society.

On #InternationalWomensDay this beautiful message from The Messenger of Allah, peace and blessings be upon him that “The best among you are those who are best in behavior to their women”, should be followed and shared much

It was not possible without support from family.

I'm fortunate to have @AkhwandHumayunR by my side. He has always provided me with encouragement and total support to achieve political success and social welfare work objectives.✌🏻#InternationalWomensDay #HappyWomensDay2019 pic.twitter.com/88xFutZwJY

Happy #InternationalWomensDay. I would like to mention the most important woman in my life who made me what I am today, my amazing mother.

Remembering a woman of substance – Fatima Surayya Bajia on this #womensday Happy Women's Day
[A photo from archives]#InternationalWomensDay #WomensDay pic.twitter.com/pIfolsueGe

Look at this! our great youth ambassador is on the roads on bike to bust gender stereotyping.
Welldone @GERinPAK4youth
Women can take care of themselves!! #ImNoStereotype #InternationalWomensDay #BalanceforBetter https://t.co/XYazkEfBDa

Back in 1975, the United Nations called its members to proclaim 8th March as International Women’s Day. The day is dedicated to celebrating the economic, social, cultural, and political achievement of women across the globe.

Previous articlePakistan and India in post-Pulwama scenario: Is the threat of War over?
Next articleCan Pakistan use F-16 to counter India?

23 July 2021
Previous articlePakistan and India in post-Pulwama scenario: Is the threat of War over?
Next articleCan Pakistan use F-16 to counter India?

Permanent bail for Nawaz on Health Grounds; Will it Work?