President Recep Tayyip Erdogan is arriving Pakistan on Thursday. Erdogan will attend the sixth round of the Pakistan-Turkey High Level Strategic Cooperation Council (HLCC) and will address the joint session of the parliament in Islamabad. 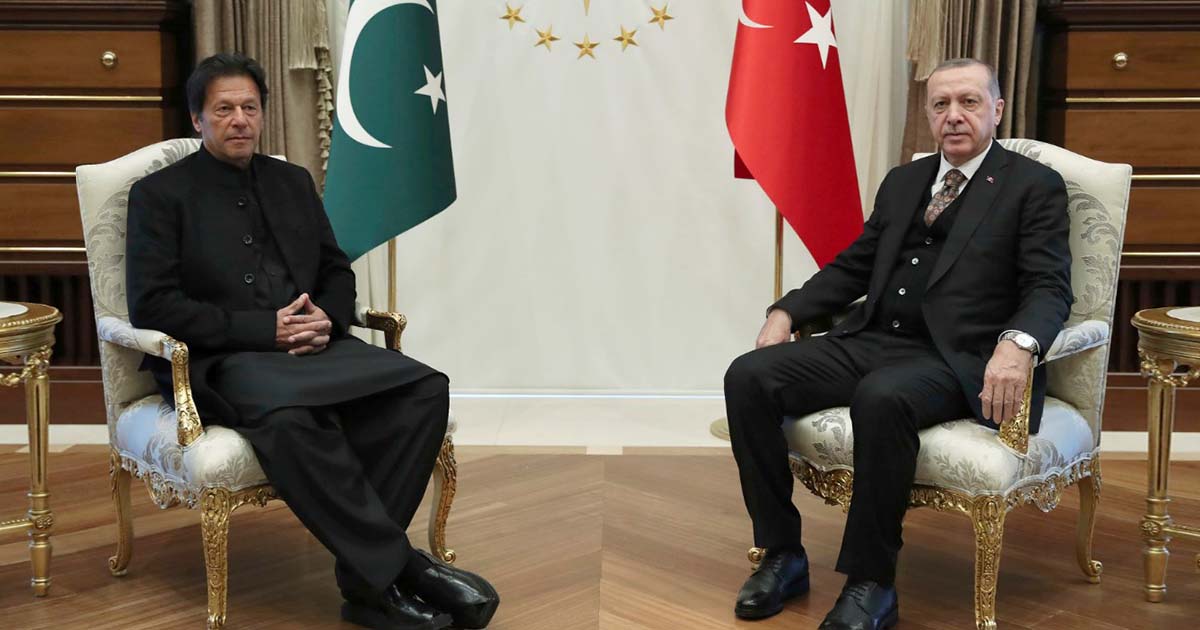 Turkish President Recep Tayyip Erdogan has arrived in Pakistan on Thursday (Today) on two- days official visit to strengthen bilateral diplomatic and economic ties between the two countries.  He is given the ‘Guard of Honour’ at the PM House in Islamabad. The high-level diplomatic and business-men delegations are accompanying by the president to get them engaged in accentuating the bilateral ties between the two Muslim majority countries.

Interestingly, H.E Recep Tayyip Erdogan is the only foreign country leader who will address the Pakistani Parliament for a record fourth time. He has addressed the joint sessions of parliament before in Oct, 2009, May.2012, and in Nov,2010

Erdogan’s visit: an opportunity to enhance economic and diplomatic ties

Pakistan and Turkey are highly engaged in boosting trade through Strategic Economic Framework (SEF). Currently, both countries have trade volume worth $900 million, which dropped from $1.06 billion after after the imposition of a protective duty on textiles exported by Pakistan. It is high time for both countries to engage their respective business companies to step up the already growing business ties.

Pakistan premier, Imran Khan is also expected to invite the Turkish President to be part of CPEC projects. This will further forge the robust diplomatic relations between Ankara and Islamabad.

Representing the Muslim community in the world, both leaders-the Turkish President and Pakistan’s prime minister share a greater significance. The shared ideas over Islamophobia between the leaders may be part of the discussion and this will also give strength to increase the relations.

According to the Commerce Ministry, B2B business meetings will start from today (Thursday) between the businessmen of the two countries.  In this regard, 100 delegations representing 60 companies in Turkey will be part of business meetings during the visit of the president.

The HLSCC is the highest level of political and strategic consultation mechanism through which Turkey has engaged many other countries to enhance bilateral ties with other countries.

According to sources, both leaders will co-chair the HLSCC meeting in Islamabad. They will address the investors and the company delegations representing Turkey and Pakistan.

Pakistan-Turkey one page on Kashmir issue

Turkey has never shrugged off its support for the self-determination cause of Indian-occupied Kashmir. It showed it’s vocal an vibrant support to Kashmiris for their self-determination by supporting Pakistan’s stance in the UN session held in 2019. The strident speech in the United Nations session by Recep Tayyip Erdogan caught attention of the world leaders and he tried to convince them listen to the self-determination right of Kashmiri people.

Ergo, Erdogan’s visit is vehemently important pertaining to a global political environment in which Muslims face Islamophobia in the western world. The two strong voices from Pakistan on Friday will definitely impact positively to the Muslim world.

Pakistan has a tremendous treasure of natural beauty to show the world and can attract tourists from all over the world. Unfortunately, due to lack of infrastructure and lack of facilities, the tourism industry has not achieved the necessary significance. However, Turkish companies are experts in promoting tourism and can also be engaged with Pakistani companies for boosting tourism industry in Pakistan.

In this regard, Pakistan can truly boost its struggling economy by boosting its tourism industry. It is noteworthy that the tourism industry contributes  $40 billion annually in the total GDP of Turkey. Therefore, the tourism promoting companies in Turkey can be of greater importance to gauge the same industry of Pakistan which has walloping potential to attract tourists inside the country.

Upon his arrival to Pakistan, the Turkish President is welcomed by Pakistan’s premier and he is honoured with ‘Guard of Honour’ in the prime minister house in Islamabad. The President will address the joint session of parliament on Friday, Feb, 14.

No Room for Terrorism in Kashmiri Struggle for Freedom: AJK PM