Turkey and Pakistan are all set to introduce the "Dual Nationality Plan" for their citizens which will make it easier for both the countries' citizens to live, work and own property in the other country. This is a landmark deal between both nations as Pakistan and Turkey are swiftly moving towards better relations under the leadership of Imran Khan and Recep Tayyip Erdogan. 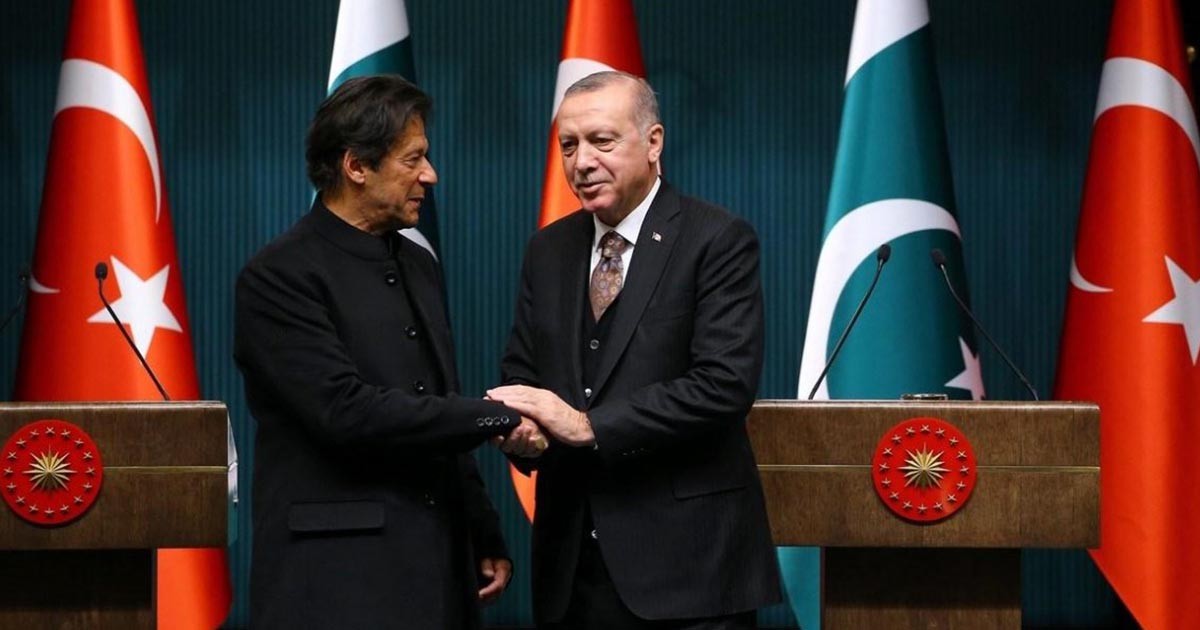 The relations between Turkey and Pakistan are expected to reach a new height as both the countries are mulling over making the process to acquire dual nationality easier for both the countries’ residents. The plan was revealed yesterday, and was the focus point in the meeting between Pakistani Interior Minister Ijaz Shah and Turkish Ambassador Mustafa Yurdakul.

The Interior Minister assured Yurdakul, who forwarded the plan that concerned authorities are working day and night to prepare a draft for passing the law and promised its swift conclusion for the betterment of both the countries.

If the law is passed, Pakistani citizens will be able to enjoy certain benefits such as getting Turkish nationality with ease, the ability to live and work freely in Turkey, own property in both the countries, and travel between the countries with relative ease.

Both the dignitaries also discussed the ways Turkey and Pakistan can improve bilateral relations, particularly Military cooperation and up-gradation of equipment and joint training sessions for law enforcement agencies of both the countries in a bid to curb terrorism sprouting in the region.

Mr. Shah lauded the efforts of Turkish authorities in helping Pakistan raise a patrolling force in collaboration with Islamabad Police following the model of Dolphin Force introduced in Lahore, a statement by Interior Ministry explained, pointing at the introduction of elite security force in Punjab in 2016, trained by Turkey to tackle ever growing street crimes in Pakistan and to provide security to China Pakistan Economic Corridor (CPEC).

In May last year, Pakistan added Turkey to its Visa free travel list to boost the travel industry between both. Earlier this month, Pakistan extended the deadline for Turkey to deliver Turkish made T-129 attack helicopters, a trade deal that was delayed due to imposition of US sanctions on Turkey in the wake of S-400 debacle.

Turkish Ambassador also alerted of the visit of Turkish President, Recep Tayyip Erdogan, to Pakistan in the near future and of Turkish Interior Minister Suleyman Soylu in the later days of February to discuss bilateral issues with Shah.

Turkish President, Recep Tayyip Erdogan, enjoys a very favorable position in Pakistan. He is famous for his bold stance against detractors of Islam and for his love towards Muslim Ummah. At several times he stood firm against criticism from western powers and fended off western interventionism in Turkey.

Prime Minister Imran Khan in a statement announced the arrival of Turkish president and lauded the efforts of Turkish leader in upbringing the relations of both the countries. “Pakistan is grateful for the part Turkey played in Kashmir issue and stood firm with Pakistan for Kashmiri brothers and sisters” Khan noted.

Imran Khan hoped for even better relations with Turkey as President Erdogan is set to bring top businessmen and investors with him with an aim to enhance the bilateral trade relations.

Prime Minister Imran Khan announced that he would also like to do “something” to commemorate the 100 years of Khilafat Movement this year.

Pakistan’s Prime Minister Imran Khan and Turkish President Recep Tayyip Erdogan shares a special bond between them and a level of regard in the Muslim world. Both the leader, along with Malaysian counterpart Mahathir Mohamed met in trilateral summit in the sidelines of UNGA session and talked about several issues Muslim world is facing.

US to continue normal consular operations in Pakistan: MoFA

Pak Army is well prepared to give befitting response to India: President Alvi