NAB chairman has recently been the subject of much debate, especially, after his alleged meeting with journalist Javed Chaudhry and following the audio-video tapes where he is allegedly talking to a woman and making inappropriate remarks at various points. The leaders of the opposition parties appear to be divided on the issues as different people are saying different things. Meanwhile, the law minister has said that PM does not wish to remove NAB chairman. 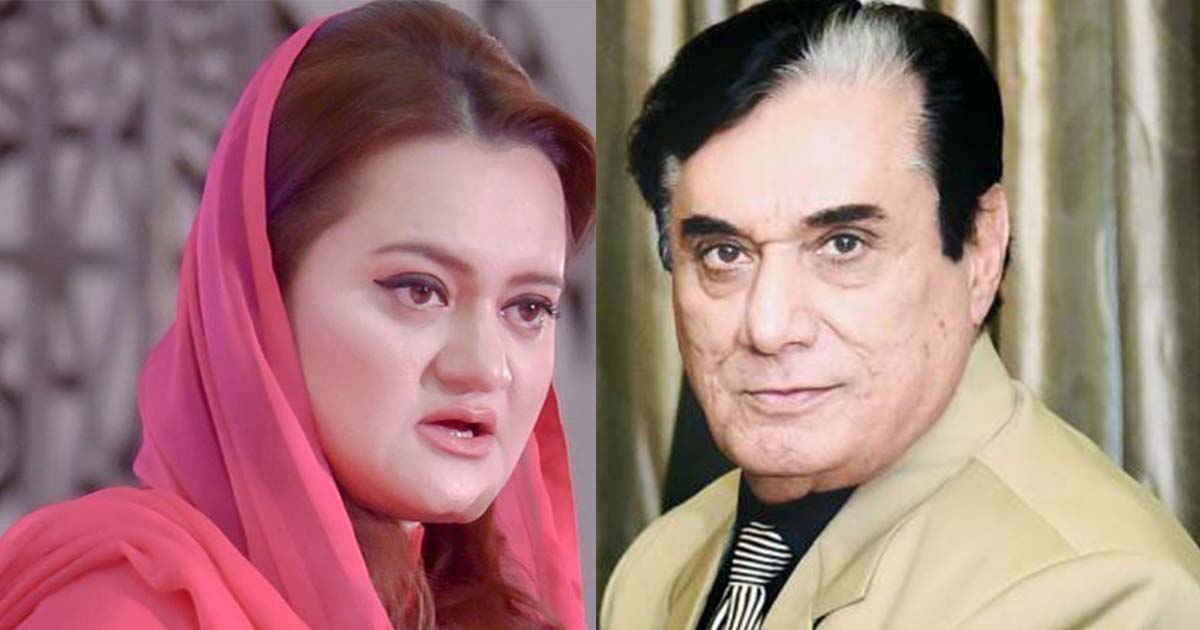 Pakistan Muslim League-Nawaz (PML-N) distanced on Saturday itself from a party leader Malik Ahmed Khan’s demand that the National Accountability Bureau (NAB) chairman Justice (retd) Javed Iqbal should resign and a case should be registered in connection with NAB tapes scandal, saying they were his personal views.

PML-N’s Secretary Information Marriyum Aurangzeb said that Khan’s demand for NAB chairman’s resignation and arrest was his personal opinion, adding that the party has called for the formation of a parliamentary committee to probe the NAB chairman issue. “The PML-N’s stance has been made clear by party president Shahbaz Sharif and vice president Shahid Khaqan Abbasi.”

During the press conference, Malik said that allegations against the Leader of the Opposition in the National Assembly Shahbaz Sharif were made without evidence, adding he should not have been arrested in Saaf Pani and Ashiana cases.

The channel showed the footage and a few audio clips in which a male could be heard talking to a woman and making inappropriate remarks at various points.

“People committed suicide because of NAB notices … accusations were made against Shahbaz Sharif without any evidence,” Malik said. “We will file a case against NAB’s chairman and a [renowned] columnist [over a controversial interview],” he added.

In a recent meeting with Columnist Javed Chaudhry, Iqbal allegedly said he was being pressurized due to which he had to travel secretly. Iqbal said he had been forced not to take action against government’s corruption but had evidence that could derail the government. Iqbal’s alleged allegations of corruption against political figures sparked outrage among political leaders.

However, the NAB spokesperson denied that Iqbal had even spoken to the journalist. He said the statements attributed to him weren’t correct and the person who wrote that column made it up. He denied that the chairperson discussed individuals and ongoing cases.

Later, a television channel – News One — ran audio-video clips of NAB chairman’s alleged conversation with a woman. The channel showed the footage and a few audio clips in which a male could be heard talking to a woman and making inappropriate remarks at various points. NAB, on the other hand, had denied that the audio clips had anything to do with its chairman, branding them “baseless, fake and based on lies”.

Following the scandalous news item, Shahbaz said that his party would remain neutral on the scandal. Talking on Twitter, Shahbaz had said that “Our viewpoint on NAB is principled and we will keep voicing our concerns on all forums. PML-N has nothing to do with anybody’s private life and will stick to its political and legal narrative”.

Separately, in a press conference, Shahid Khaqan Abbasi hinted at the Pakistan Tehreek-e-Insaf (PTI) government’s possible role in the audio-video clips scandal. Pakistan People’s Party Parliamentarians (PPPP) Secretary Information and MNA Nafeesa Shah reportedly said that scandalous reports about the NAB chairman were his personal issues and PPP does not do politics on personal conduct.

The law minister said that PM and opposition leader can remove NAB chairman, but PM Khan does not wish anything like that because no allegations have been leveled against the NAB chief which could suggest that he is a dishonest person.

However, PPP leader Chaudhry Aitzaz Ahsan while addressing a press conference at the PPP office in Lahore had said the tapes have tarnished NAB chief’s moral position but they do not affect his legal position. He, however, demanded a forensic investigation of the reported audio and videotapes relating to NAB chairman ‘so that people may know facts’. PPP leader Khursheed Shah had said NAB chairman does not deserve to stay on the post.

Meanwhile, PML-N’s opposition leader in Punjab Assembly Hamza Shahbaz Sharif said his party’s stance on NAB chairman’s interview was clear. “It is the PML-N’s demand that a fact-finding committee is formed in the assembly,” Hamza told reporters outside the accountability court in Lahore.

“The government’s own report on the Peshawar Metro Bus states corruption amounting to $7 billion. Things cannot proceed like this. Opposition parties will now be united on demanding a clarification from him [NAB chairman]. Things should be made clear, otherwise, people will not accept this accountability,” he said.
Read more: PML-N reacts after PM Khan lauds Omar Ayub over Rs81bn rise…

Hamza stressed that facts needed to be presented to the people as the NAB chairman’s post was a constitutional position and not a joke. He said there should be a decision on the revelations made in the article.

PM Does Not Wish to Remove NAB Chairman: Law Minister

Law Minister Farogh Naseem has said that the Prime Minister Imran Khan doesn’t wish to remove NAB chairman. The law minister said that PM and opposition leader can remove NAB chairman, but PM Khan does not wish anything like that because no allegations have been leveled against the NAB chief which could suggest that he is a dishonest person.
Read more: Chairman NAB’s leaked video: Are the Government, opposition and media missing…

“The NAB chairman is an honest man and the anti-graft body needs such a person,” Naseem said. He said the anti-corruption watchdog has been independently functioning and it should be allowed to work freely, adding that government has neither pressurized NAB nor will it do so.

Is Nawaz right to lash out at Imran on PTI “incompetence” in Peshawar?

Digital is the way forward for BISP, Ehsaas & all cash transfers!