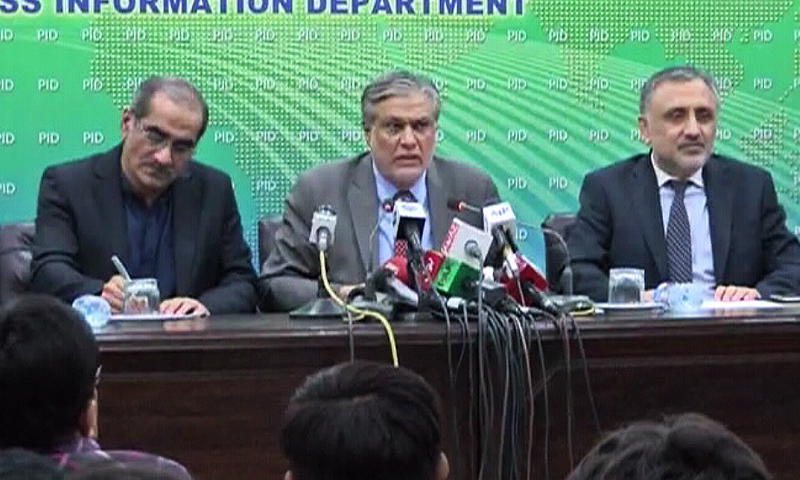 On Wednesday, during the latest fortnightly Supreme Court hearing of the six-member Panamagate joint investigation team (JIT), the Supreme Court was informed that the JIT was facing a number of impediments and problems in its probe into money-laundering allegations stemming from the Panama Papers.

Curiously, JIT head Wajid Zia, Addition Director General of the FIA, did not explain the nature of the obstructions, nor did a three-judge Supreme Court implementation bench headed by Justice Ejaz Afzal Khan, query about the nature of these impediments.

“The photograph released is aimed at humiliating the petitioner and is violative of his fundamental right to human dignity,”

The bench, however, asked Mr. Zia to submit an application to the court regarding these troubles, since there was no secrecy involved.

When filed, these apprehensions will be taken up in the open court on Monday, when Attorney General Ashtar Ausaf will also be invited to ensure that all concerns are properly addressed.

The counsel for Hussain, Nawaz Khawaja Ahmed Haris, also filed an application requesting the formation of a judicial commission under a Supreme Court judge to ascertain who leaked his client’s photo on social media.

The application also asked the apex court to abolish the practice of video recording of interrogations and asked for an early hearing due to the urgency of the matter.

“The photograph released is aimed at humiliating the petitioner and is violative of his fundamental right to human dignity,” the application said.

It contended that the JIT chairman could not personally conduct the inquiry since it would take away from its credibility. The application also accused the JIT members of being responsible for the leaked photo of Hussain Nawaz.

The Supreme Court also asked the JIT to come up with its response to the application by Monday.

PML-N leader Daniyal Aziz termed the leaking of Hussain Nawaz’s image as a cheap tactic by certain members of the JIT looking to harass the prime minister’s family.

Analysts aware of the ongoing situation believe that the latest application, coupled with a number of ferocious press statements outside the Supreme Court premises by PML-N loyalists, was part of a well-thought-out strategy to put pressure on the JIT and the superior judiciary.

Following the hearing, PML-N leaders beat their political rivals to the coveted media dais and subjected the JIT and the justice system to vehement criticism for being partial to Imran Khan and PTI.

Read More: Will judicial activism enable JIT to get accountability?

PML-N leader Daniyal Aziz termed the leaking of Hussain Nawaz’s image as a cheap tactic by certain members of the JIT looking to harass the prime minister’s family.

“A similar issue had risen after footage showing Saulat Mirza was leaked…it was criticized by all quarters back then. Now the same mistake has been repeated and those who tried to give Hussain Nawaz a bad name are disgraced,” Mr. Aziz stated. He added that some members of the JIT were either biased or incompetent due to the fact that they could not ensure the security of their own documents and footage.

“The basic question is — how did Ali Zaidi of the PTI get hold of a grab of the internal video recording? Before this, a summons was leaked and then someone called an ambulance and released false information about Hussain Nawaz,” Mr. Aziz added.

He then initiated a rant against the PTI chief saying, “While the nation was sacrificing in the war against terror, an absconder and a terrorist was making a mockery of the system and there was nobody to contain him.”

He went on to say that two members of the JIT had no place on the panel as they had no experience of investigating financial matters, he alleged, adding that two other members on the panel probing the prime minister’s family had dubious backgrounds, revisiting previous concerns of the PML-N.

“We believe in the supremacy of law but it was done to disgrace us,” Mr. Aziz said.

He then initiated a rant against the PTI chief saying, “While the nation was sacrificing in the war against terror, an absconder and a terrorist was making a mockery of the system and there was nobody to contain him.” As he ended his talk, officials of the Press Information Department (PID) swiftly removed the dais and PTI workers brought in their own.

PTI’s Jehangir Tareen, Shafqat Mehmood and Fawad Chaudhary spoke to reporters and reiterated their demand for the prime minister’s resignation. “It has been registered by the JIT, that they are facing hindrances in executing their duties, we had highlighted it at the start that as long as the main accused is in a seat of power, impartial investigations could not be conducted,” Mr. Tareen said.

Mr. Mehmood added that the PML-N appeared to in a state of panic because it was the first time they had faced some sort of accountability for their actions. He said it was unfortunate that the PML-N leaders had resorted to their time-worn tactics of threatening the judiciary.

A Syrian “Ceasefire” for whom?