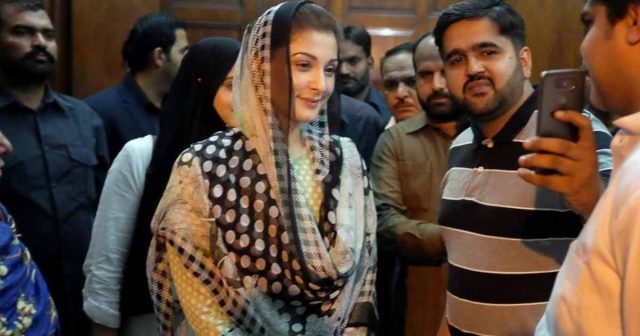 50 people, including the son of PML-N leader Hanif Abbasi and a former MPA, were booked by Rawalpindi police for rioting and property damage in the district courts after the Control of Narcotics Substance (CNS) court sentenced Abbasi to life in prison in the ephedrine case.

The case has been registered against Abbasi’s son Hamas Abbasi, former PML-N MPA Ziaullah Shah, Suhail Ahmed, Shaukat Abbasi, Faizan Shah, Asif Shah, Abid Abbasi, Nawaz, Sajid and between 40 and 50 unknown individuals. No arrests have been made so far. Civil Lines police have registered a case under PPC sections 149 (unlawful assembly of people), 147 (rioting), 186 (obstructing public servant in discharge of public functions), 153 (wantonly giving provocation with intent to cause riot)and 440 (mischief by damaging or destroying property).

Meanwhile, PML-N workers and leaders are making arrangements for pre-arrest bail. “The police registered the case just to pick up the main party leaders and workers before the elections, but we will not allow them to stop the PML-N campaign in the last two days,” PML-N Metropolitan President Sardar Naseem said.

PML-N workers and supporters attended a rally on Murree Road on Sunday in solidarity with Hanif Abbasi that ended soon after the Election Commission of Pakistan (ECP) announced that the elections in Abbasi’s former constituency, NA-60, had been postponed.

PML-N women workers from Faisalabad also protested on Sunday outside Adiala jail, led by former MNA Khalida Mansoor and Senator Nuzhat Sadiq. They carried placards and shouted slogans in favour of Sharif and Maryam Nawaz, and dispersed peacefully after laying a wreath of flowers in front of gate no. 5 at the prison.

Supporters of PML-N and various political analysts have questioned the timings of the verdict of former MNA Hanif Abbasi. They opine that the hasty conclusion of the case in which Abbasi was booked indicates that a concerted and well-planned strategy is underway to sideline PML-N and make way for a ‘certain’ political party in the upcoming elections.

Read more: “What will happen on Election Day? What surveys tell?”

PML-N leaders including Maryam Aurangzeb, Pervaiz Rasheed and Senator Mushaidullah Syed have time and again iterated that the conviction and subsequent imprisonment of Nawaz Sharif and Maryam Safdar is a strategy of the military establishment to break PML-N and its vote-bank. They, however, expressed their commitment to face challenges posed by ‘hidden hands’ and the ‘conspiracies’ being hatched by them.

However, no proofs have been provided by either PML-N leadership or its well-wishers to prove these assertions.

Opponents of PML-N opine that the recent accountability process has nothing to do with the electoral process in the country. The conviction of PML-N senior leaders, according to them, is due to their own doings. Imran Khan in his recent speeches has stated that a well-orchestrated strategy is underway to make the coming elections controversial. According to him, PML-N knows that it is going to be wiped out from parliament like PPP was in 2013 and it is trying its utmost to make election results controversial.

Political pundits believe that it can easily be ascertained that the conviction of Hanif Abbasi has nothing to do with any conspiracy against the former ruling party. The facts of the case clearly indicated that Abbasi was complacent in sale purchase of illegal drugs. His conviction will not in any way hamper the political campaign of PML-N and hence questioning the timings of Abbasi’s verdict will be fruitless.

US files complaint against India in WTO

Win in Senate elections may pave way for PML-N to legislate against judiciary?