Author believes that politicians are wasting time of the nation. Instead of encouraging frontline heroes, they are making irrelevant points. It is about time we focused on real issues. 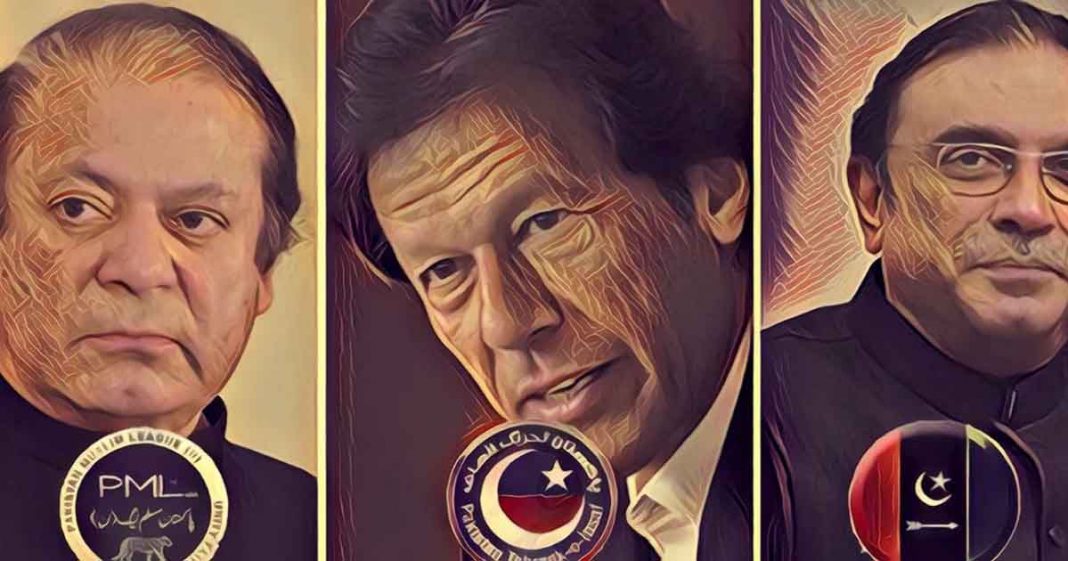 The coronavirus epidemic, even in its nascent stages, has been recognised as the gravest public policy challenge of the post-modern era. Not since the Second World War – which effectively created the prevalent world orders – has there been any global event of such far-reaching consequences and proportions. And still, we do not know much about this virus.

We don’t know, with certainty, how Coronavirus was first transmitted into humans. What precisely are the symptoms for it? Why do some people show symptoms, while others do not? How does the virus mutate? How long can it be airborne? How long does it survive without a host? How long will it last? Or what might the (eventual) cure for it be?

We do not know anything about coronavirus, with much certainty. Except that the world, hereonforth, will no longer be how it was before the epidemic.

The resulting uncertainty has forced people to reconsider the global structure of governance and the service delivery system. Several international powers, led by the United States itself, have questioned the functioning and viability of the World Health Organisation. International institutions of governance, such as the United Nations and the International Monetary Fund, have found themselves without much relevance in the face of this growing crisis.

Global military coalitions, like the North Atlantic Trade Organisation (NATO), with all their technological and military might, have been powerless in the face of the epidemic. NATO countries have lost more lives to coronavirus, than they did in all the conflicts they have participated in since the creation of NATO in 1949. Many governments in Africa, Latin America and (especially) the Middle East, may not survive the resulting global shut-down of the economies.

And this is just the start.

Such unprecedented times of global uncertainty have a way of quickly sorting out the wheat from the chaff. It has a way of putting our individual and collective ‘preferences’ in order while dismissing things that are (largely) irrelevant. Healthcare delivery structures are important; who controls the politics around them is not.

Your partisan criticism of the federal government, the oft-repeated calls of ‘Imran Khan get down from the container, a demand to seek the Prime Minister’s resignation, are all laughable, at best

Unfortunately, there are those in Pakistan’s political diaspora, who refuse to learn this lesson. Those who are using this critical moment in global history to deepen the partisan divide. Someone should tell them that no one cares, at this point in time, about their political point-scoring. And no one should. Because, if the spread of coronavirus has established one thing in these past months, it is this: politics, for all its fanfare, is irrelevant in times of exigencies.

Take, for example, the case of Nawaz Sharif. There was a time, six months ago, when we could not escape the constant barrage of health updates from his political posse. We knew what he ate for breakfast, lunch and dinner. Every day. We knew what temperature his air conditioner was set on, and how long he slept in the afternoon. We knew who met with him, and for how long. And then there was a two-week period where we all kept a track of his pulse, virtually every hour, and discussed his (alleged) medical conditions till late in the night.

Does anyone know what Nawaz Sharif’s platelet count is today? Does anyone care? What was the procedure he was scheduled to go through? When was it going to happen? And what happened to his bail petition being heard at the Lahore High Court? Is it still pending? Or should we consider it disposed-off?

Read more: Decade long suffering of Pakistan: Will new start be any different?

Speaking of court cases, what happened to the Avenfied appeal? Or to Zardari Sb.’s fake accounts case? Or Hamza Nawaz’s bail? Or Omni group’s recoveries? Or Shahrukh Jatoi’s incarceration? Or the thousands of cases that we considered so very important till just a few months back?

In the same breath, what happened to PTM? Or the hundreds of social-media activists who were shaming others for not joining the cause? What about the fervent defenders of ‘human rights’, spread across the length and breadth of our land? Do they see no ‘fundamental rights’ violation in this lock-down?

How about right to free movement, under Article 15 of the Constitution? Or the freedom of assembly, under Article 16? How about the people’s right to earn a living, through lawful business, under Article 18? Who is worried, anymore, about Asif Zardari’s right to give an interview (under custody)? Or Hamid Mir’s tirade against media restrictions?

Speaking of tirades, where is Maulana Fazl-ur-Rehman? Or Mehmood Khan Achakzai? Or the ticker-parade of political leaders who wanted to overthrow PTI’s government through street power?

Instead of making irrelevant political speeches, which no one cares about, maybe you want to encourage your family to make financial donations from the many fake accounts that you reportedly own

There is a time for politics, and then there are times when no one has the patience for petty partisan squabbles. Nawaz Sharif, Asif Zardari, and Maulana Fazl-ur-Rehman, all experienced politicians, recognise this idea. Sadly, however, Bilawal Bhutto Zardari does not. And his recent press-conference was a testament to this fact.

Bilawal Sb – please know this: no one really cares about your politics during this time. We want to hear from your Chief Minister, of course, for updates on the measures being taken in Sindh. But that’s as far as it goes. Your partisan criticism of the federal government, the oft-repeated calls of ‘Imran Khan get down from the container, a demand to seek the Prime Minister’s resignation, are all laughable, at best.

If performance is really the bearing for political commentary, please know that your performance has been next to nil. You lead a political party that remained in power in the federal government, for five long years, without adding a single hospital of any magnitude during that time. Your party’s government added no ventilators to our stock.

Your own home-town and constituency, does not have a single medical care facility of note. Just recently, when HIV spread through the population of Larkana, your government had no mechanism to check or counter that spread. People died of rabies, in your province, and could not be provided with basic medication. What to talk of hundreds of people who die of hunger and thirst, each year, in Thar.

Instead of making irrelevant political speeches, which no one cares about, maybe you want to encourage your family to make financial donations from the many fake accounts that you reportedly own. Maybe some of the money, parked in off-shore holdings and Swiss bank accounts, should be brought back and spent on the people you govern.

Maybe, just maybe, you want to check-in and see whether your family can donate a fraction of its reported ill-gotten wealth to the cause of fighting coronavirus in this land. And since none of these are ideas you would consider, please don’t bore us with your political critiques. They are completely useless in the scheme of things.

Read more: Opinion: Businessmen should be kept away from politics

All across the world, politics, in the time of coronavirus, is irrelevant. As we get past this epidemic, maybe the regular vanity of politics will return. But for now, the few leaders (e.g. Donald Trump) who are politicking during this time, are only embarrassing themselves.