Opinion: Businessmen should be kept away from politics

When businessmen join politics and government, there are chances of conflict of interest. A business person would also suggest a policy measure that would benefit him. Dr. Farid A. Malik guides us through the history of the marriage of politics and business in Pakistan. 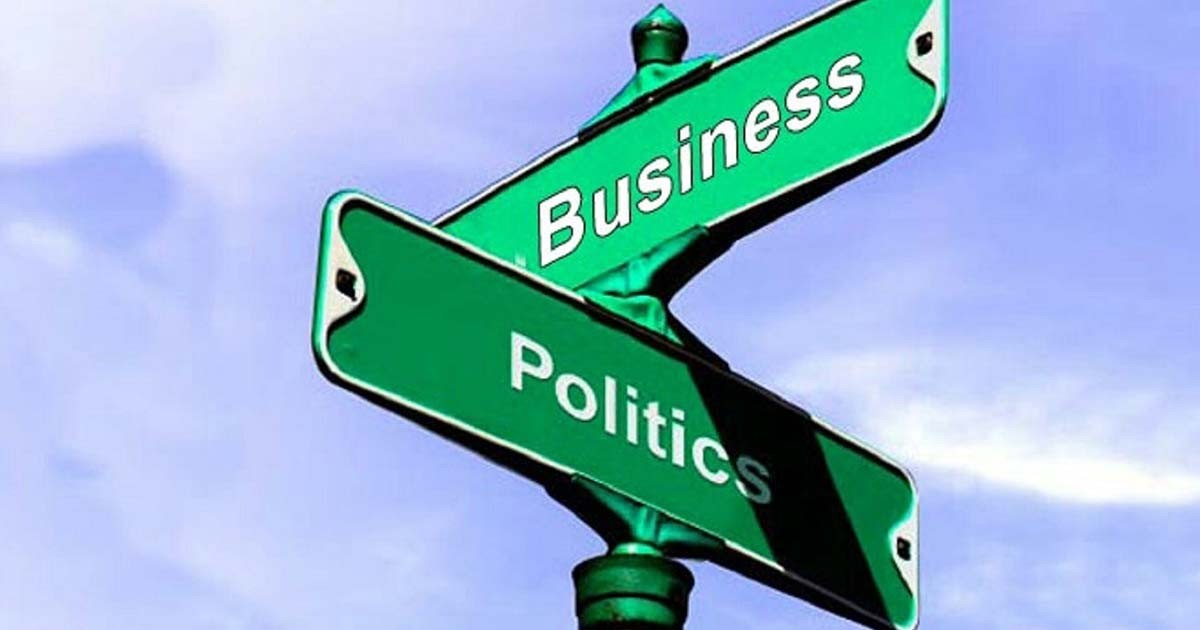 Business and politics cannot co-exist as they have no commonalities. While a businessman never misses an opportunity to make money, a politician has to serve the people to retain his position. Till the first martial law in October 1958, most politicians were honest and credible mainly because conflict of interest was taken very seriously. Politicians were required to help and facilitate the common man, and the misuse of power and influence was looked down upon.

In order to participate in politics, one was required to spend out-of-pocket, not earn from the vocation. As a Muslim League child, I was told that the red shirts led by Ghaffar Khan and Wali Khan were pro-Congress and anti-Pakistan but no one ever questioned their honesty or integrity. In fact, my father always admired their steadfastness to their cause of provincial autonomy against the strong centre approach advocated by the League.

Read more: Pakistan: Leaders must be elected, not imposed

Coming from a business family, my father also kept away from active politics but did support party workers and candidates. In Ludhiana, where Sardar Shaukat Hayat contested against the Congress candidate, his campaign was financed by Mehboob Qureshi Sahib, a leading Muslim businessman and my father’s family member.

In Lahore, he supported several party workers and candidates but himself kept away from active participation, as he firmly believed that business and politics should not be mixed. A few years back, I was at a dinner with leading businessmen of Lahore, who were heaping praises on a very popular businessman/politician. I listened to them patiently and then asked a simple question, “Why have none of you entered politics?”

“We are not crazy,” was the answer. A successful businessman who makes an honest living stays away from politics; this is the lesson I was taught early in life. Only those ambitious business folks who want to make a killing enter the slippery political arena.

George Bush Sr was a businessman when he got elected President. He had to hand over all his business interests into a secret trust to avoid conflict of interest

The floodgates of political corruption were opened with the partyless elections of 1985. The mainstream political force of the times boycotted the elections, leaving the field open for robbers, barons, bounty hunters, vultures and parasites to take control of the political arena.

There was no looking back, politics turned into the most lucrative business ever. The recent investigation into the wheat and sugar crises is just a tip of the iceberg as they say. Political parties are built around interests instead of ideology. There is a group that always remains in power; new terms like ‘lota’ have been coined.

Compared to two genuinely elected assemblies (1946, 1970) others look like a debating society where hardly any public welfare legislation is carried out. The focus is on making money and enjoying the perks instead of service to the masses who elect them. Businessmen have to be separated from politics for the nation to grow but it is not an easy task.

The first will be voluntary, politicians will be required to admit their wrongdoings in return for clemency. In the latter, assets will be reviewed before and after entering politics since 1985. The lack of a money trail will result in the seizure of assets. It is perhaps the only effective way to end the Zia era.

In USA where the cabinet is not elected, most ministers come from the private sector. Conflict of interest is closely watched. A few years back, reports were published about a phenomenon called the ‘revolving door’. An individual comes from the industry to join the government, he then favours his parent organisation and then returns after the expiry of the term; in return for his benevolence he gets promoted.

Read more: Why is Singapore the Best Place to Start Your Business in Asia?

George Shultz came from a consulting company called ‘Flour’ to be appointed Secretary of State, he then left and rejoined his old employer. George Bush Sr was a businessman when he got elected President. He had to hand over all his business interests into a secret trust to avoid conflict of interest. In Pakistan, Syed Babar Ali had to step down from his business interests to head the Fertiliser Corporation as a full-time employee in the Bhutto regime. Rafiq Saigol headed PIA in a similar arrangement, there was no duplicity of part-time work.

Public assets have to be protected and saved for the nation. Businessmen who jump into politics desire to either increase or protect their wealth by stealing what does not belong to them. It is time to put an end to this practice. It is usually believed that, “There is no business like show business”, whereas in Pakistan since 1985 it has been, “There is no business like politics.” Even show business has been left way behind.

Read more: Corruption & Pakistan: Only one thing can stay

A successful business man who makes an honest living stays away from politics.

Dr. Farid A.Malik is the Ex-Chairman Pakistan Science Foundation. (Fr. General Manager PITAC, Process Engineering Manager Intel Corporation Engineering and Management Consultant). An expert on mining and energy, currently working on developing clean Coal Technologies for Thar Deposit. He was a Shadow Minister PTI and Co-Ordinator of the PTI Think Tank where the framework of the Welfare State was developed. The article was first published in The Nation and has been republished here with the author’s permission. The views expressed in this article are the author’s own and do not necessarily reflect Global Village Space’s editorial policy.

Previous articleThe Borrowing Bible: How To Get The Most Out Of A Business Loan
Next articlePunjab police to fly drones to arrest kite flyers

16 September 2021
Previous articleThe Borrowing Bible: How To Get The Most Out Of A Business Loan
Next articlePunjab police to fly drones to arrest kite flyers