Politics, Sports and Tourism: A Case of the State of Qatar

Qatar is the latest example that demonstrates the fact that how states use soft power to increase their political influence, cultural capital, and economic prosperity. Lessons for Pakistan to learn; improve tourism and become an active country in the world. 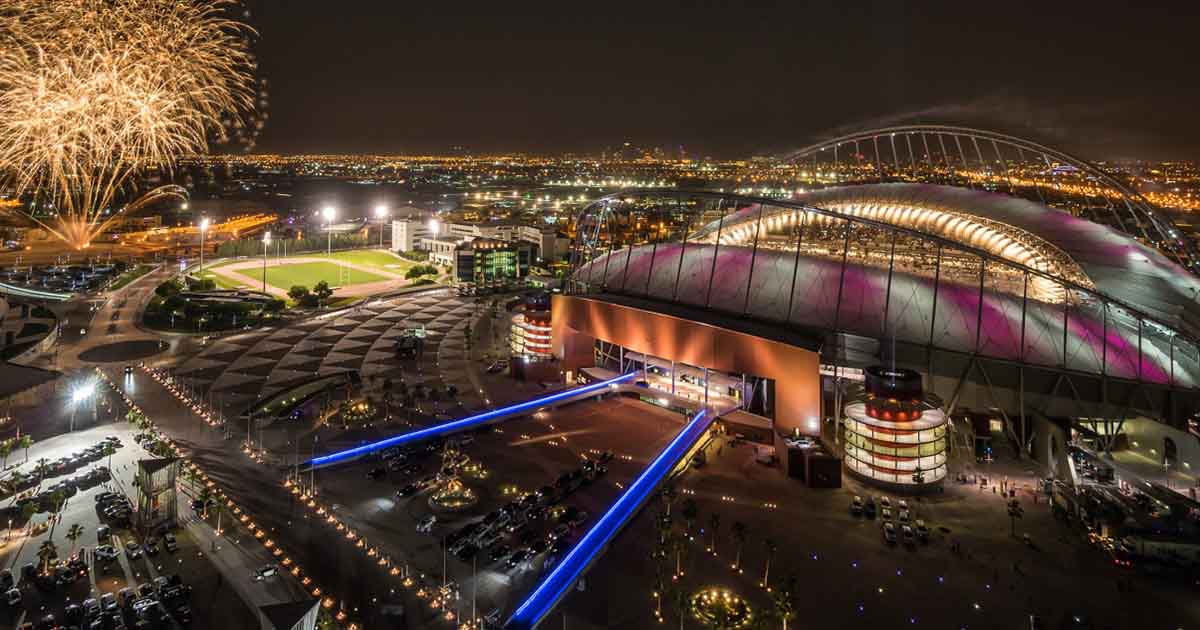 Amidst criticism and political opposition, the state of Qatar has successfully hosted the 2019 IAAF World Athletics Championships which has increased the country’s image as a tourist destination. Authorities in Qatar believe that “the country is ready, and making all possible arrangements to make the FIFA World Cup 2022 a great success”. However, international media and some rights organizations have raised some serious questions about labor laws and the state of human rights in Qatar. There have also been some questions about the country’s behavior towards foreign sports enthusiasts.

According to details, Mashhoor al-Refai, general manager of Concorde Hotel Doha, said that the success of the 2019 IAAF World Athletics Championships has given a clear image on the readiness of the country to organize grander events such as the 2022 FIFA World Cup.

As we welcome today world athletes of the @IAAFDoha2019 and fans at Khalifa Stadium we look forward to welcoming you soon at our @321qosm Olympic and Sports Museum at the same stadium! #Doha2019 #Qatar pic.twitter.com/dxRc92bMUy

It is important to note that the 2019 IAAF was accompanied by various tourist and recreation activities that introduced the guests to various destinations of the country. It helped to further introduce the great culture, sports, and tourism potentials of the country to the world.

Mr. al-Refai said that some hotels in the country experienced an almost 100% occupancy rate for 20 days around the duration of the event. In addition to tourism and sports, he saw the event as an excellent opportunity for foreigners from different world countries to explore the multiple business opportunities in different sectors across the country.

Qatar has come under fire for its hosting of the World Athletics Championships with questions raised over Doha’s ability to deliver the football World Cup successfully in three years’ time.

Moreover, “Sports gala has greatly promoted the development of international sports and fostered deep friendship between Qatar and the rest of the world, including the Chinese people. It has also shown to the world Qatar’s national image, which is an impressive warm-up for the 2022 FIFA World Cup.” He pointed out that “at this year’s IAAF Championship, the Chinese delegation was one of the largest, with more than 100 athletes participating.

Vietnamese ambassador Nguyen Dinh Thao stressed that “Doha has become a popular destination for key sports events, making the country a household name among young people around the world.” He said that “the successful organization of the recently concluded 2019 IAAF Championships has further enhanced the good reputation of the country regarding its capabilities to organize large-scale global sporting events. It also gives preliminary indications on the expected magnificent performance of Qatar at the 2022 FIFA World Cup.”

The spectacle of a near-empty stadium during the opening days of #IAAFWorldAthleticsChampionships, has raised fears for attendances in #FIFAWorldCup2022 https://t.co/7CDifUpn2m

The 2019 World Athletics Championships giving a lesson in what happens when you take a sport to Qatar.

International media, however, raised some questions while presenting the evidence that the stadiums were largely empty. The latest wave of criticism erupted sparked by the spectacle of a near-empty stadium during the opening days, raising fears for attendance in 2022. “It’s a classic mega-event failing, believing that ‘if you build it, fans will come’,” said Simon Chadwick, professor of sports enterprise at Britain’s Salford University.

Qatar has come under fire for its hosting of the World Athletics Championships with questions raised over Doha’s ability to deliver the football World Cup successfully in three years’ time.

Some reports also noted that “unlike in Russia or Brazil — the past two hosts — there is not a vast variety of tourist attractions, beyond the national museum that is still being completed, the souk and trips into the desert. With all stadiums within an hour of Doha, the skyscraper and mall-filled capital will be the hub.

The oppressive summer heat forced FIFA to move the World Cup from its June-July slot to a November-December schedule that cuts into the club season in Europe and changes the habits of fans who are resistant to change”.

"Young men have a very low incidence of heart attacks yet hundreds of them are dying every year in Qatar attributed to cardiovascular causes. The clear conclusion I draw from this as a cardiologist is that these deaths are caused by deadly heatstroke."https://t.co/xYl2h5KFKW

International Association of Athletics Federations chief Sebastian Coe has come under fire for the dismal crowds that turned out in Doha to watch blue-riband events including the men’s and women’s 100 meters. “The crowd is an easier subject to talk about rather than some of the more insightful stuff around the events,” said Coe, who attacked what he viewed as negative media coverage.

Qatar, its extreme weather and labor laws have been under the criticism ever since the country was named the host of the 2022 FIFA World Cup. The government in Qatar has repeatedly promised to ensure the safety of workers.

The next major test is when Qatar hosts FIFA’s Club World Cup this December and the following year as a testing ground for the sport’s biggest event. “It will be beautiful. It will be wonderful to see the World Cup in Qatar if you like football,” said Michel Platini, the former FIFA vice president who voted for Qatar and was later banned in an unconnected financial scandal. “Football is more popular than track and field.”

The rise of Tourism Industry in Qatar: Prospects and Challenges

Why is Pakistan reconsidering its role in the Islamic Military Alliance