US Secretary of State Mike Pompeo flays China for infringing on the democratic rights of the citizens of Hong Kong over its move to end the Tiananmen Vigils. Hong Kong is increasingly becoming a proxy for the US-China 'cold war' with continuous back and forth between the two powers. 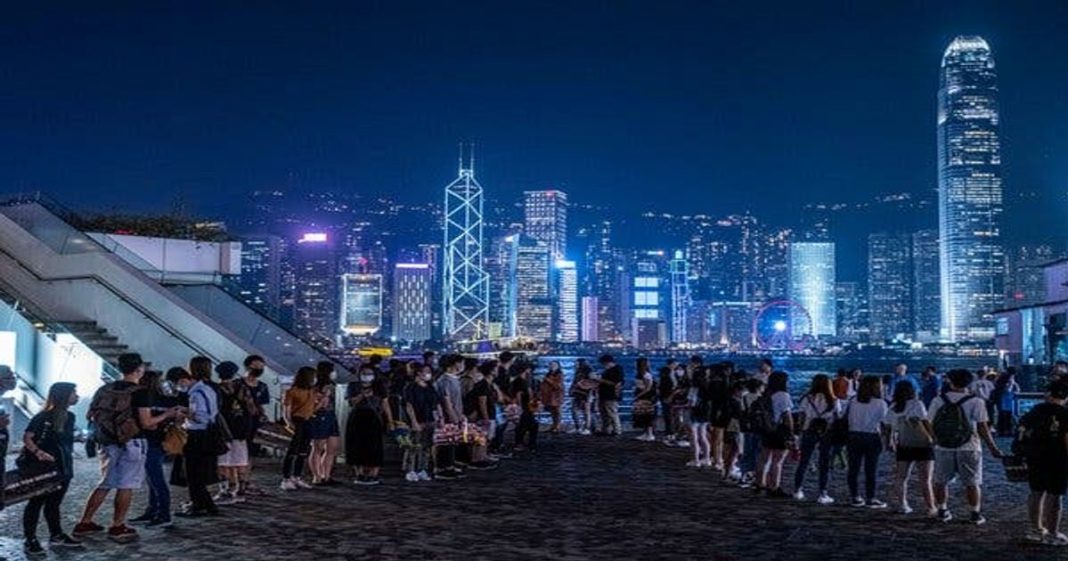 The United States Secretary of State Mike Pompeo accuses China of muzzling Hong Kong by preventing a vigil to mark the Tiananmen Square protests on Tuesday, amid a heated feud between Washington and Beijing over the city’s freedoms. The city-state has become a battleground and somewhat of a proxy for the ongoing escalation in tensions between the United States and the Democratic People’s Republic of China. Tempers on both sides of the rift are running short, and the mudslinging is in full flow.

“If there is any doubt about Beijing’s intent, it is to deny Hong Kongers a voice and a choice, making them the same as mainlanders. So much for two systems,” Secretary of State Mike Pompeo wrote on Twitter.

Pompeo last week certified that Hong Kong no longer was autonomous from China under US law after Beijing pushed ahead on a controversial new security law.

Earlier, U.S. Secretary of State Mike Pompeo stated on May 27 that “[n]o reasonable person can assert today that Hong Kong maintains a high degree of autonomy from China, given facts on the ground.” A May 28 joint statement of the U.S., Australia, Canada, and the United Kingdom expressed “deep concern” over the security law, saying it would “dramatically erode Hong Kong’s autonomy.”

.@SecPompeo: President Trump has asked us to review every preferential treatment that Hong Kong had and work to eliminate it. If the Chinese are going to treat Hong Kong the same way that they treat the mainland, there is no basis for the U.S. to treat it differently as well. pic.twitter.com/qOS67QpQiK— Department of State (@StateDept) June 1, 2020

Later, Pompeo also said that the recent treatment of pro-democracy activists made it harder to assess Hong Kong’s autonomy from China, a requirement for the city’s special treatment under US law. Recently Pompeo accuses China of clamping down on Hong Kong.

In response, China’s foreign ministry accused him of “blackmailing” the Hong Kong government, and said recent actions by the US amounted to blatant interference in China’s internal affairs.

Why did Hong Kong police ban the vigil?

Hong Kong authorities effectively barred the annual commemoration of the bloody 1989 crackdown — a major gathering in contrast to the imposed silence on the mainland — by extending a ban on gatherings to prevent spread of the coronavirus.

Police rejected permission for this year’s rally saying it would “constitute a major threat to the life and health of the general public”, according to a letter of objection to organisers obtained by AFP.

After 30 years, Hong Kong prohibited for the first time the annual June 4 vigil to honor victims of the pro-democracy Tiananmen Square protests in 1989, which the Chinese government crushed with deadly force https://t.co/phWmLUOiKK— The New York Times (@nytimes) June 2, 2020

However, Hong Kong has managed to keep the virus mostly in check, with just over 1,000 infections and four deaths. Bars, restaurants, gyms and cinemas have largely reopened in recent weeks.

This makes the decision to ban the Tiananmen Vigil all the more perplexing for Hong Kongers who were geared to commemorate the deadly incident.

Organisers accused police of using the virus as an excuse to ban the rally.

“I don’t see why the government finds political rallies unacceptable while it gave green lights to resumption of schools and other services ranging from catering, karaoke to swimming pools,” said Lee Cheuk-yan, chairman of the Hong Kong Alliance which has organised every vigil since 1990.

The alliance called on residents to instead light a candle at 8pm on Thursday and observe one minute of silence wherever they can.

“If we are not allowed to light a candle at a rally, we will let the candles be lit across the city,” Lee said.

Lee also vowed that the alliance would continue to chant the slogan “end one-party rule” during the commemoration despite Beijing’s recently announced plans to impose a law criminalising acts of subversion, secession, terrorism and foreign interference.

What is the Tiananmen Vigil?