Pompeo criticism of HSBC is “narrow-minded and ridiculous”: China

China has shot back at Pompeo after his criticism of HSBC saying that the views were narrow minded and asked the US to mind its own business. The US and China have been at loggerheads over the new Hong Kong security law, and this latest back and forth is but another subset of the greater tensions between the two. 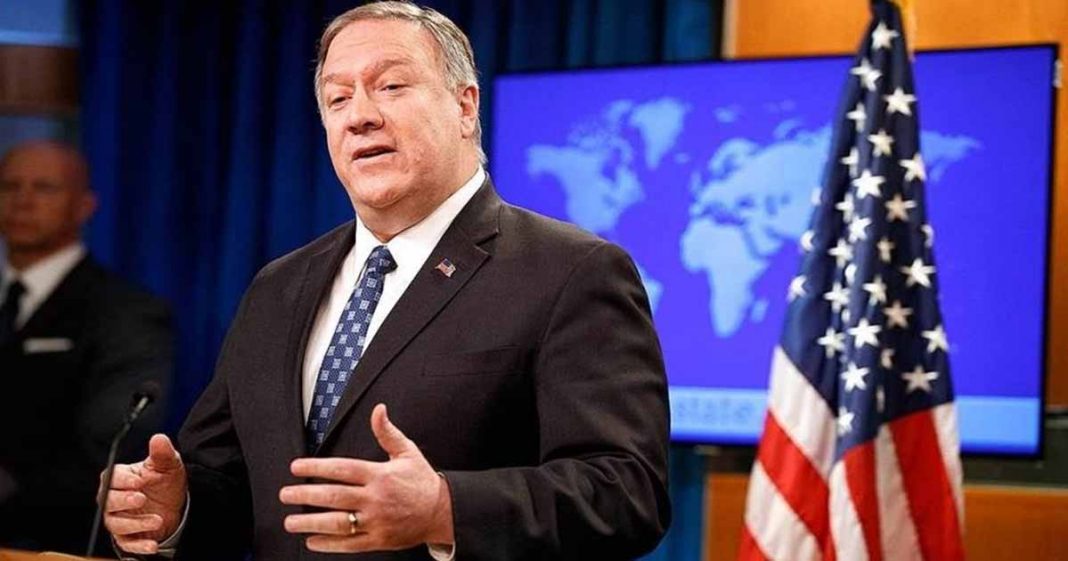 China on Wednesday blasted “narrow-minded and ridiculous” views in the United States after Secretary of State Mike Pompeo criticised HSBC for backing Beijing’s controversial Hong Kong security law. This comes amid rapidly rising tensions between the two superpowers, with the latest strain in relations coming from China’s promulgation of a new security law in Hong Kong, which has caused the US to end the special status that it had granted to Hong Kong. Earlier, Mike Pompeo had stated to the US Congress that Hong Kong is ‘no longer autonomous’ from China in the wake of the new security law.

Pompeo on Tuesday called HSBC a “cautionary tale” and warned of businesses’ overreliance on China after the Asia-focused British banking giant last week published a picture of its top Asia executive, Peter Wong, signing a petition backing the measure.

“Beijing’s aggressive behaviour shows why countries should avoid economic overreliance on China and should guard their critical infrastructure from CCP influence,” he said, referring to the Chinese Communist Party.

Mr Pompeo also said the US stood with its allies against China’s “coercive bully tactics”.

The Trump administration has repeatedly attacked Beijing for what it says is an attempt to end Hong Kong’s autonomy.

HSBC, which is UK-based but was formed in Hong Kong in 1865, declined to comment on Mr Pompeo’s remarks.

Mr Pompeo said the Chinese Communist Party’s (CCP) “browbeating” of HSBC “should serve as a cautionary tale” which formed the basis of Pompeo’s criticism of HSBC.

China’s rubber-stamp parliament last month endorsed plans to enact a law that will punish subversion and other perceived offences in Hong Kong, a move some activists say will kill the former British colony’s promised freedoms.

Pompeo responded by declaring that Hong Kong will no longer be considered autonomous from mainland China in the eyes of US law.

Beijing on Wednesday criticised such views as “narrow-minded and ridiculous,” saying that the business community in Hong Kong had made an “objective and fair evaluation” of the proposed legislation.

For some Americans, only two types of people exist in the world: those who attack #China together with the US and those under the coercion of China. China's FM said this view is narrow-minded and ridiculous, after @SecPompeo blasted #HSBC for "corporate kowtow" regarding #HK pic.twitter.com/ypaTcS2NXX

Foreign ministry spokeswoman Hua Chunying urged the US at a regular press briefing to “stop spreading dissent and stirring up trouble.”

Why HSBC is in the crosshairs

HSBC offered support for the law after public pressure from a pro-Beijing figure in Hong Kong who pointed to the bank’s reliance on business in China.

“HSBC reiterates that we respect and support laws that will stabilise Hong Kong’s social order and revitalise the economy,” HSBC said in a post on Chinese social media WeChat.

The statement accompanied a picture of the bank’s top Asia executive, Peter Wong, signing a petition in support of the law.

In an interview with China’s state media agency Xinhua, Wong said he hoped the law would bring “long-term stability and prosperity” to Hong Kong.

His comments came after the city’s pro-Beijing former leader Leung Chun-ying publicly criticised the British bank for not publicly supporting the law while profiting from its Chinese business interests.

Other British companies that have backed the law, bucking London’s official position, include bank Standard Chartered, which also has a huge presence in the lucrative mainland Chinese market. Such support has been against the official position of the British government on the matter.

Pompeo on Tuesday also renewed his call on all countries to shun Chinese telecom giant Huawei, which Washington says will jeopardise national security if it is allowed to dominate construction of the fifth-generation internet.

Senior UK and US politicians last week also criticised HSBC and Standard Chartered after they both backed the national security law for Hong Kong.

Both HSBC and Standard Chartered have their headquarters in London, but make most of their profits in Asia, with Hong Kong serving as a major base for their operation