US Secretary of State Mike Pompeo said Sunday that Iran will probably try to attack American troops after a US strike killed a top Iranian commander. 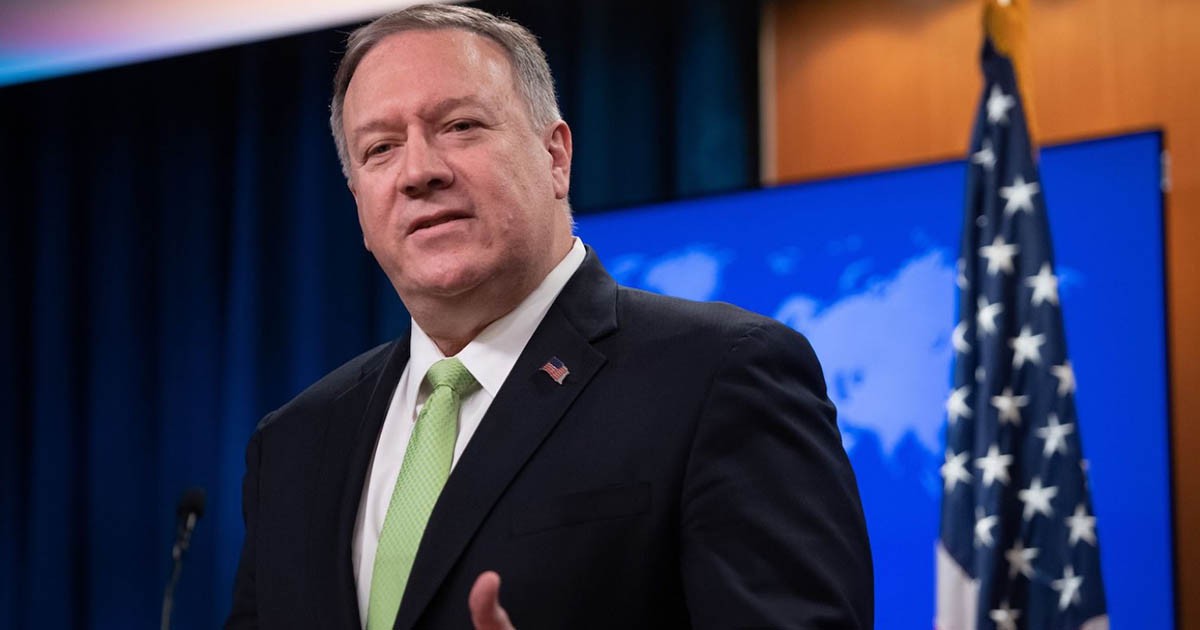 US Secretary of State Mike Pompeo said Sunday that Iran will probably try to attack American troops after a US strike killed a top Iranian commander.

“We think there is a real likelihood Iran will make a mistake and make a decision to go after some of our forces, military forces in Iraq or soldiers in northeast Syria,” he told Fox News in remarks aired Sunday.

His comments came as the military advisor to Iran’s supreme leader said there would be a “military” response “against military sites” by Tehran after the US killing of Qasem Soleimani, the powerful commander of Iran’s Quds Force, the foreign operations arm of its Revolutionary Guards.

“It would be a big mistake for Iran to go after them,” Pompeo said.

The US has about 60,000 troops in the region, including around 5,200 in Iraq. Washington ordered thousands more soldiers to the Middle East on Friday after Soleimani’s killing.

Can someone please tell Mr #Pompeo if you find yourself in a hole, stop digging. https://t.co/CbS0yocXjp

“We’re preparing for all kinds of various responses,” including cyberattacks, Pompeo said.

The chief of the Iran-backed Lebanese Shiite group Hezbollah on Sunday also singled out the US army as a target for reprisals after the killing of Soleimani and a senior Iraqi commander.

Read more: US killing of Soleimani: what we know

“The American army killed them and it will pay the price,” said Hassan Nasrallah.

Outraged by the deadly American drone strike, Iraq’s parliament on Sunday urged the government to end the presence of US-led coalition forces in the country.

‘The Europeans Haven’t Been as Helpful as I Wish That They Could Be’#Trump is a PARIAH, he has NO FRIENDS and has burnt all our bridges with allies#TrumpBatShitCRAZY#MOG#MAGA#Resist #Resisters
https://t.co/wAAVw9YHdY

They have been there since 2014, when Baghdad invited them in to support local troops fighting the Islamic State group. The Iraqi cabinet would have to approve any decision but the premier had earlier indicated support for a troop ouster.

“We are confident that the Iraqi people want the United States to continue to be there to fight the counterterror campaign,” Pompeo said.

“We’ll have to take a look at what we do when the Iraqi leadership and government makes a decision.”

Previous articleSuperfast 5G on the slow road at gadget gala
Next articleIraq parliament votes to expel US troops after Gen. Soleimani killing

25 September 2021
Previous articleSuperfast 5G on the slow road at gadget gala
Next articleIraq parliament votes to expel US troops after Gen. Soleimani killing

Iraq likely to become battleground for US-Iran quagmire in the aftermath of Soleimani killing: Analysts