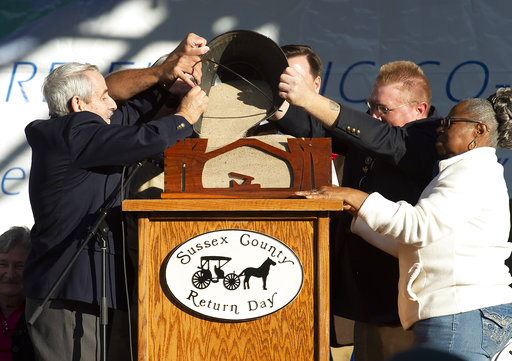 Hopefully when these lines appear, 105.9 million Pakistani voters –59.2mn male and 46.7mn female– will have voted to elect Members of National Assembly (MNAs) and Members of Provincial Assemblies (MPAs) in a peaceful, fair and transparent election.

Everyone who contests elections is ultimately a winner or loser. Obviously, there can only be one winner amongst the contesting candidates. And if that one is not you –if you were a candidate but lost elections– accept the verdict of the electorate and your defeat wholeheartedly. Otherwise, there will be no difference between you and the extremists who instead of allowing the people to vote as per their will, impose their desires/choices over them by attacking some parties and asking the people to remain aloof from them.

Don’t build conspiracy theories or indulge in allegations of rigging for rationalising the win of your opponent. And never indulge in anti-polls campaign as anti-democracy forces would surely benefit from it. Build new sound precedents. For example, call or better visit your victorious opponent to felicitate him/her over the victory.

The future is now in your hands. Give confidence and hope to the nation that has seen little to cherish in the past. Help build a democratic, moderate and tolerant Pakistan by voting an honest and competent leadership.

We have something to learn from the West in this regard. Candidates there indulge in scathing, though not depraved, criticism of the opponents but once elections are held, the loser readily accepts the defeat and congratulates the winner.

And if you or your party have won, ask your supporters to celebrate but within the limits of law and morality. Be patient, caring and unselfish. Bury the hatchet. Invite or better visit all your fellow contestants together. Ask them to guide and help you in serving the masses. Take their feedback as to what would have been the most important and urgent items on their agenda had they won. Keep in touch with them. This will help you better serve your constituency.

Read more: Independent Observers arrive in Pakistan, as the nation gears up for…

This is what we need to do for democracy to take roots in the country: the spirit of tolerance, conciliation and cooperation on part of both the loser and winner. With the ECP becoming independent, the print/electronic media highly active and vigilant, voters lists cleared of bogus votes, elaborate arrangements made for conducting free and transparent elections, it has made impossible for parties or individual candidates to indulge in taking over polling stations and rigging on massive scale as was witnessed in previous elections.

We have had enough of selective morality. Win, yes. Defeat, no. We have had several times been hit by the ‘I don’t accept mentality’. Pakistan was dismembered mainly for the fact that Sheikh-Mujeebur Rehman-led Awami League, the winner of the 1970 election, was not allowed to form government as per the mandate given to it.

There will be no difference between you and the extremists who instead of allowing the people to vote as per their will, impose their desires/choices over them by attacking some parties and asking the people to remain aloof from them.

Similarly in 1977, the military took over as the opposition agitated against the alleged rigging in elections. The period between 1988 to 1999 was characteristic of an acute political polarisation between the major parties with Nawaz Sharif and Benazir Bhutto alternatively siding with the establishment against the other.

Between 1988 and 1999, five governments were sworn in against the required/normal two. It was because the PPP and PML-N wasted no opportunity in dislodging the other by indulging themselves in palace intrigues, horse-trading and playing as the scions of the establishment against the political opponents with impunity. This behaviour on their part was anything but democratic or in consonance with the notion of popular sovereignty –that it is the people who have the ultimate right to elect their rulers and no one else.

Going by the principles of popular sovereignty and representative democracy, no one can justify the shenanigans of religious and political leadership during these years. Some religious figures unabashedly played in cohort with establishment. Routed by the people in 1993, a religious leader didn’t accept the people’s verdict against his wishes and continued his famous Dharnas and ‘million marches’ until the elected government of Benazir Bhutto was dislodged. Then he boycotted the next polls for he wanted elections be preceded by accountability. He didn’t own up these results either because he wanted something else.

After the 2013 general elections, similar accusations of rigging were also made by the PTI chief Imran Khan. He indulged in Dharnas and continuously spoke ill of parliament. He, however, couldn’t substantiate his allegations later in the judicial commission. Some parties apparently didn’t get the level playing field and there were fears they might go for the boycott but luckily sanity prevailed. But I don’t this treatment to them had any worthwhile negative impact on their final results.

The period between 1988 to1999 was characteristic of an acute political polarisation between the major parties with Nawaz Sharif and Benazir Bhutto alternatively siding with the establishment against the other.

Instead, as the Pakistani electorate usually supports those who are on the receiving end and done wrong to, they might have, instead, gained from the sympathy wave. There are leaders who say if their party isn’t voted to power, democracy and country will suffer enormously. What this practically means? Elect us or you would be strengthening those who are against democracy? Can a democratic leader talk this way?

Despite several drawbacks associated with Pakistani. brand of democracy –rigging, horse-trading, role of money in elections, dynasties and feudalism, absence of economic liberty for the poor majority, weak legal framework to impose election laws etc – democracy is arguably the best ever system of election, governance and accountability contrived so far.

It affords the people an opportunity on regular intervals to punish those in power if they fail to deliver. It is for the safety, welfare and empowerment of the masses and thus cannot be discredited for the looting and plunders of ‘democratic leaders’. The future is now in your hands. Give confidence and hope to the nation that has seen little to cherish in the past. Help build a democratic, moderate and tolerant Pakistan by voting an honest and competent leadership.

Tahir Ali Khan is an academic and researcher. He blogs as at www.tahirkatlang.wordpress.com and can be reached at tahirkatlang039@gmail.com. The views expressed in this article are author’s own and do not necessarily reflect the editorial policy of Global Village Space.

The rich and famous vote in India’s election