As Nawaz Sharif has been disqualified for life, and he has left for London as a result of some sort of understanding, the party has become a battlefield for second tier leadership to determine who will lead the PML-N. Analysts claim this is post-Nawaz era which marks the fall of N-league. Is it true? 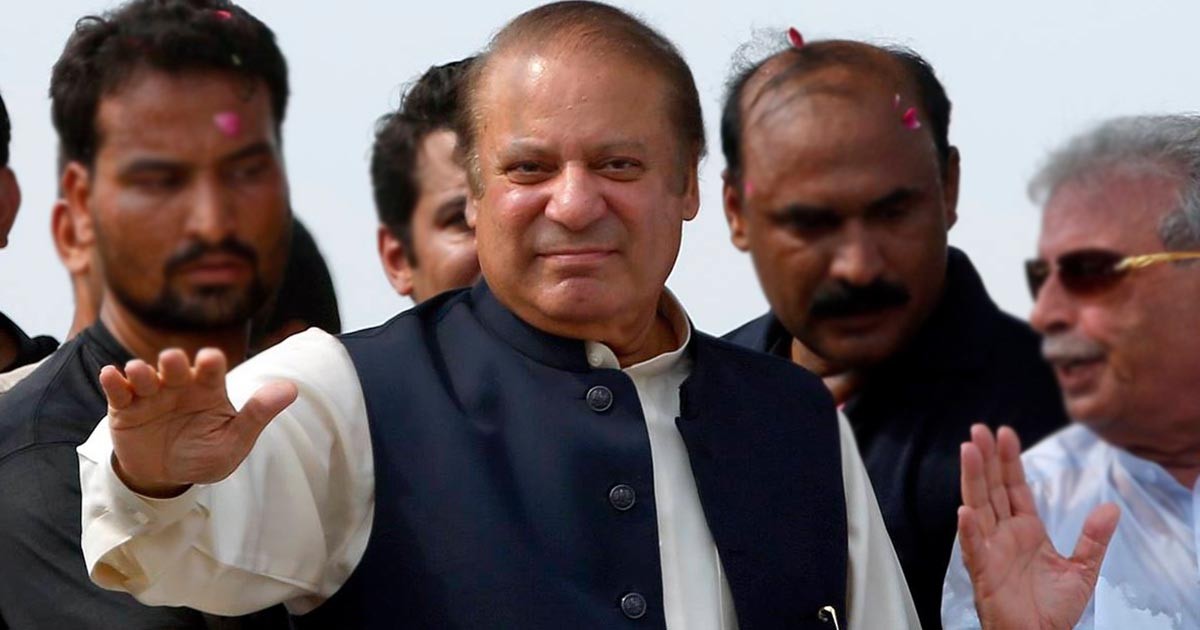 Pakistan Muslim League-Nawaz’s (PML-N) leaders and workers in Pakistan are demanding the principal leadership, party President Shehbaz Sharif, to return to Pakistan. The PML-N chief had left Pakistan with his elder brother Nawaz Sharif after the latter was allowed to go to London for medical treatment in November by the Lahore High Court. Both haven’t returned despite the expiration of bail given to the elder Sharif by the Punjab government.

Sabir Shakir, prominent political commentator, opines that the PML-N is facing internal rifts which may lead to an organized forward bloc. He was speaking to ARY News in a morning show where he maintained that different groups within the party are working for their respective leaders. Maryam Nawaz, Hamza Shehbaz, Shahid Khaqan Abbasi and others have been attempting to appear as the real heirs of the party, he said.

Shakir’s comments make sense when placed in the existing political context where PML-N leaders are demanding their leader to come back.

Read more: “Take action against me if you can,” PML-N’s Nishat Ahmad Khan

Nishat Khan – Member Provincial Assembly (MPA) from Khanewal – while speaking to Kashif Abbasi in his show affirmed that it is not so easy to take action. There is absolutely no question that the leadership will do anything, he stressed. “I am still a part of PML-N and no forward block has been made as yet but any decisions can be made if required. I have political difference with Leader of the Opposition in the Punjab Assembly Hamza Shahbaz and he is welcome to terminate my party membership if he wants.

“I had refused to give presidential vote to Jamiat Ulema-e-Islam-Fazal (JUI-F) chief Fazal-ur-Rehman and had informed about the decision to the party leadership in front of all in a meeting.

“The meeting with Punjab CM was held to resolve issues of constituency. I have not gone to the opposition chamber for a while. If I am a lota [rolling stone] then Nawaz Sharif, Shehbaz Sharif, Shah Mehmood Qureshi and Yousaf Raza Gillani are all political lotas,” he said.

Nishat Ahmad Khan Daha also termed both of his leaders Nawaz Sahrif and Shehbaz Sharif as turncoats, saying that they were enjoying luxuries of life in London and paying no heed towards their workers and party affairs. He said convict Nawaz Sharif should come back to Pakistan and face his corruption cases.

Nishat Daha once formed a forward bloc in the PPP in Punjab Assembly eight years ago after meeting the then chief minister Shahbaz Sharif. In February 2012, just a month before the Senate elections, a group of PPP MPAs led by Nishat Daha called on Shahbaz Sharif and joined the PML-N due to which, the PPP also suffered a setback in Senate polls when it lost a very secure seat of its stalwart Ch Aslam Gill. At that time, the PML-N leadership had warmly received the PPP dissidents and also awarded them party tickets in the next general elections of 2013.

Aitzaz Ahsan claimed that the PML-N had guaranteed stability of the PTI govt against permission for the Sharif brothers to leave the country.https://t.co/CmpWqm5DFy

PML-N expected the workers to be united despite the absence of leadership because of internal make-up of the party. However, as the political situation is unfolding new political actors are assuming new roles and demanding more space which is ultimately leading to an internal battle. Analysts believe that Nawaz Sharif had an impact and charisma to lead a large political party having conflicting and competing forces. Shehbaz Sharif, on the other hand, is said to be a good administrative but lacks substantive traits required to a lead a political party where every actors, including the member of the Sharif family, are constantly looking for opportunity to gain more power.

Since Nawaz has been disqualified for life and cannot hold any political office. Therefore, some analysts argue that the party is likely to be divided into several groups which may ultimately become small political parties, if they do not continue to work as pressure groups. For many experts, this era, for PML-N, is post-Nawaz period which marks the fall of the party.

It is to be seen will Shehbaz Sharif come back to Pakistan or not. However, it is now certain that struggle to become more powerful in the PML-N has just begun, and it may lead to formation of a forward bloc within the party.

Previous articleAfter being snubbed, Pakistan approaches tech-companies to regulate digital media
Next articleUpcoming US President: Policy Towards the Gulf Will Change Regardless

19 September 2021
Previous articleAfter being snubbed, Pakistan approaches tech-companies to regulate digital media
Next articleUpcoming US President: Policy Towards the Gulf Will Change Regardless

Parliament cannot be used by Sharif family to beg for Mercy: PTI