The rise of Islamophobia: pregnant woman beaten up

A Sydney man has been charged for punching and stomping on a heavily pregnant woman unprovoked, in what was described as an "Islamophobic" attack by a leading Australian Islamic association. 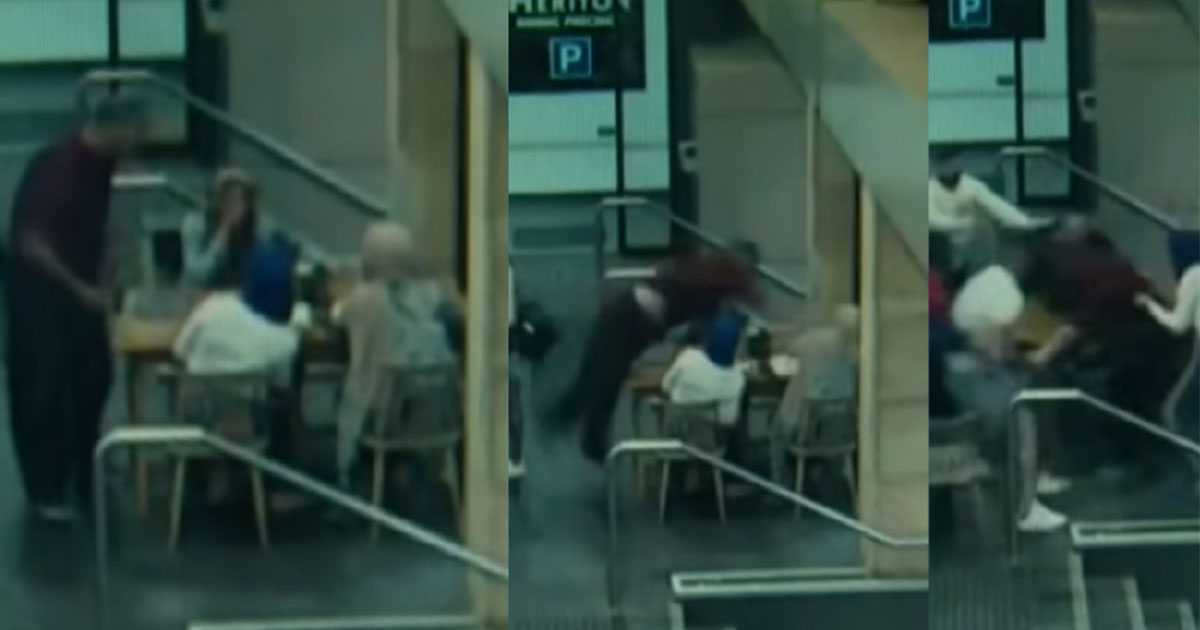 A Sydney man has been charged for punching and stomping on a heavily pregnant woman unprovoked, in what was described as an “Islamophobic” attack by a leading Australian Islamic association.

Shocking security camera footage showed a man approaching a table of three women wearing headscarves as they chatted at a cafe in the city’s west on Wednesday.

Seemingly without provocation, the 43-year-old suspect is seen lunging over the table to attack a 31-year-old woman, who police said is 38 weeks pregnant.

After several frenzied punches, the woman fell to the ground and was stamped on, before bystanders wrestled the assailant away.

Police said a suspect has been charged with “assault occasioning actual bodily harm and affray” and denied bail.

The woman was taken to hospital following the attack and discharged, the police said on Friday.

They declined to comment on the attacker’s motives but left open the possibility of additional charges being laid against him.

The Australian Federation of Islamic Councils (AFIC) said on Thursday the man was heard “yelling anti-Islamic hate speech at the victim and her friends.”

“This was clearly a racist and Islamophobic attack and we expect it to be treated as such,” said AFIC president Rateb Jneid.

“If it were not for the brave actions of these members of the community in stopping the assault the victim may very well have sustained much more serious injuries,” said police inspector Luke Sywenkyj.

The woman was taken to hospital following the attack and discharged, the police said on Friday.

Pregnant woman stomped on, punched in attack in Parramatta >> weird that the clear evidence this was a horrific anti-Muslim attack, down under in Australia, was buried in the second half of the piece. Western media continues to downplay Islamophobia. Sigh. https://t.co/xan8KXRodg

A recent report by researchers at Charles Sturt University found Islamophobia in Australia was “a continuous phenomenon” and women wearing a headscarf are especially at risk.

Of 113 female victims who reported being physically intimidated or harassed, researchers found 96 percent were wearing a headscarf.

Previous articleIs PPP the most ‘weaponized’ political party in Pakistan?
Next articleMeesha Shafi’s manager could not testify sexual harassment allegations against Ali Zafar