President Erdogan seems to be in awe of PM Khan's maiden speech at UNGA last month. He hailed his speech as effectively highlighting the plight of Muslim Ummah and Kashmir. President Erdogan promised firm support for Kashmir until resolution. 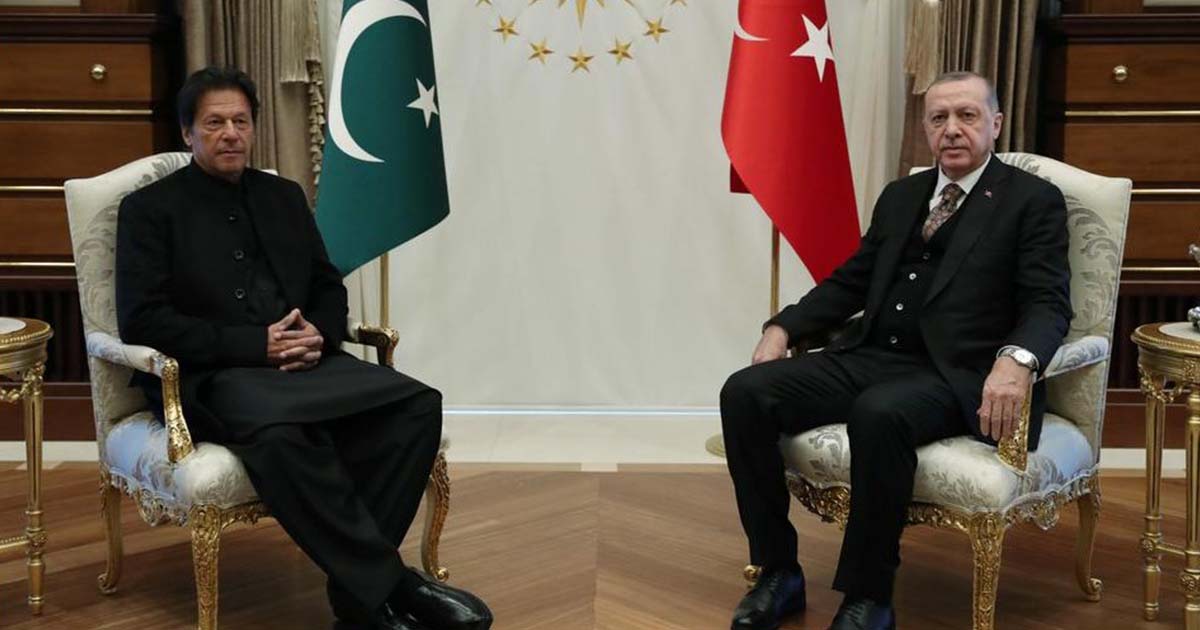 Turkish President Recep Tayyip Erdogan is all praise for Prime Minister Imran Khan’s robust speech at the 74th United Nations General Assembly session, appreciating him for effectively raising the voice of Muslim Ummah and Kashmir at the United Nations.

He expressed his views in the meeting with Speaker of National Assembly Asad Qaiser at the reception he hosted for the participants of the third Speakers Conference in Istanbul on Saturday. While appreciating Imran Khan he endorsed his assertions of linking Islam and terrorism and disparaging as terrorists globally. He exhorted the need for combating Islamophobia collectively.

“All the religions discourage terrorism and it should not be linked with any religion,” Erdogan said.

The two dignitaries discussed various issues in the meeting. Speaker Qaiser apprised Erdogan with the current situation of Kashmir and expressed gratitude for supporting Pakistan on the Kashmir issue. In return, President Erdogan reiterated his country’s support on the Kashmir issue until its resolution according to the UN resolution and the will of the Kashmiri people.

President Recep Tayyip Erdogan is himself a vociferous leader who champions the cause of Muslim Ummah. He is known for his sharp anti-west rhetoric.

In one of his anti-western assertions, he slammed the western societies for directing their sensitivities to the gay marriage and rights of homosexual overlooking the plight of Syrian women and children living a dreadful life under war.

Mr. Erdogan said: “Shame on those who in the West divert their sensitivity to the so-called freedoms, rights, and law shown in the debate over gay marriage away from Syrian women, children, and innocents in need of aid,”

Turkish President Erdogan to arrive in Pakistan on Oct 23.

“Shame on those who divert their sensitivities to the living space of the whales in the seas, seals, [and] turtles away from the right to life of 23 million Syrians. Shame on those who put their security, welfare [and] comforts ahead of other people’s struggle.

One of his stringiest criticism came on Israel when he commented on the photo of Palestinians offering Friday prayers in a destroyed mosque.

As Prime Minister, Erdogan has condemned Israel, accusing it of deliberately killing Palestinian mothers and warned that it would “drown in the blood it sheds.”

Further adding that “Just like Hitler, who sought to establish a race free of all faults, Israel is chasing after the same target.” “They kill women so that they will not give birth to Palestinians; they kill babies so that they won’t grow up; they kill men so they can’t defend their country … They will drown in the blood they shed,” he said.

In his recent assertions, he once again reiterated that Turkey is against every country that supports Israel.

Turkish president will arrive in Pakistan on a official two-day visit. During the visit, President Erdogan will meet the top political and military leadership of the country.
#TurkeyisnotAlone pic.twitter.com/Lh63xbJSTd

Now, President Erdogan is looking forward to visiting Pakistan later this month on October 24th, on the invitation of Prime Minister Imran Khan.

Previous articleWoman Gravely Injured by Husband & Brother in Law Upon Refusal to Make Tea
Next articleSyrian Crisis: Why Turkey Took Fight to Syria?