Prime Minister Imran Khan has been Delivering the Same Speech since 2013?

Rival political parties blame Prime Minister Imran Khan for delivering the same speech since 2013, pointing it out as ‘evidence’ for his incapability as Pakistan’s Premier. Deconstructing his speech at the Capital Arena, PML-N leaders picked out parts that ‘proves’ the government’s biasness towards the former ruling parties. 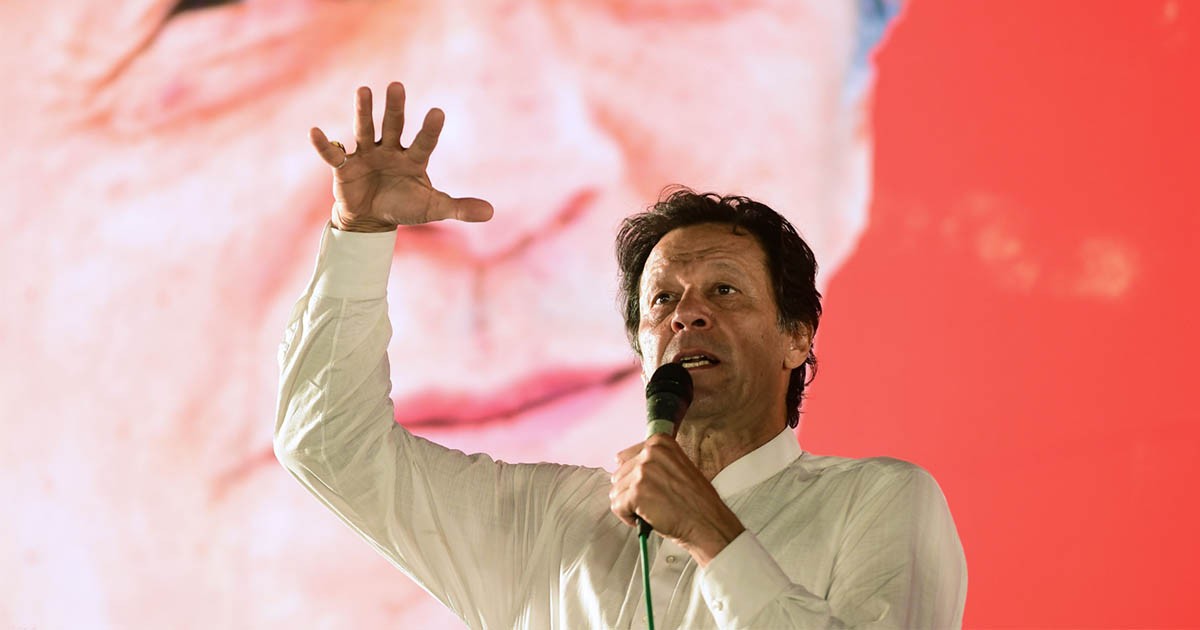 Opposition political parties are not happy over the remarks made by Prime Minister Imran Khan during his address to the Pakistani-Americans. Former ruling party, Pakistan Muslim League-Nawaz (PML-N) leaders Marriyum Aurangzeb, Dr Mussadik Malik, and Ahsan Iqbal, held a press conference in Islamabad and maintained that the Prime minister has greatly disappointed his nation.

PM Khan is focused on his agenda and has made it clear to the world that, in Pakistan, democracy cannot flourish until or unless there is a strong presence of the rule of law.

Moreover, Iqbal complained that, in the past, Gen (r) Pervez Musharraf had used the National Accountability Bureau against politicians, and the same organization was now being used to safeguard the government of the Pakistan Tehreek-i-Insaf. Furthermore, the PML-N leaders have stated that the prime minister has been delivering the same speech since 2013.

“The selected prime minister is proving that he is unqualified,” the PML-N leader claimed. He also ridiculed the premier for, “repeating the same speech [without considering] that he is in China or in front of international capitalists”.

Read more: No Special Jet: Imran Khan will travel to US in ordinary plane

Political commentators believe that the reason behind the same speech is obvious, explaining: “Prime Minister Khan promised to get the corrupt ruling elite arrested and bring back looted money Pakistan.” Therefore, he always reminds the nation that he is committed and focused on his agenda.

It is important to mention how Prime Minister Imran Khan revealed, several times, that he was approached by the Sharifs to sign a deal to give them some relief. The proposal, according to Mr. Khan, was rejected. Interestingly, Prime Minister Imran Khan made it clear during his maiden speech to the nation that whenever powerful and corrupt people will be brought before the law there will always be propaganda against the government.

A narrative will also be established as if the democracy was under threat, he added. Similar observations have been made by the information minister on Tuesday. He maintained that the government is facing and will face more challenges by the political opponents for allowing the NAB to independently conduct inquiries into financial matters of those who have been holding public offices.

PM Khan repeated his stance in the address to the nation on October 24th last year, saying that the corrupt leaders in the country are seeking for an NRO, which is only a daydream. “I want to give them a message: ‘open your ears and hear this: you can come out on the streets. We will give you containers and give you food. You can do whatever you want in the assemblies… [But] no one will get an NRO’.”

Like Mr. Asif Ali Zardari, PPP co-chairman, who indirectly, threatening the government of a tougher and more aggressive opposition if it does not offer an NRO or a deal to the corrupt politicians in the country. Since the NAB is working independently, it is threatening the system developed by such ‘criminals’. The government has, on the other hand, made it clear that there is zero tolerance on the matters related to corruption and misuse of authority.

PM Khan is focused on his agenda and has made it clear to the world that, in Pakistan, democracy cannot flourish until or unless there is a strong presence of the rule of law. He emphasized during his address in the USA that two political dynasties have badly looted the country which is why Pakistan is unable to deal with the current economic crisis. But at the same time, he noted that “I am certain to bring back looted money”.

Are We Children of a lesser God: PM Imran Khan, UNGA