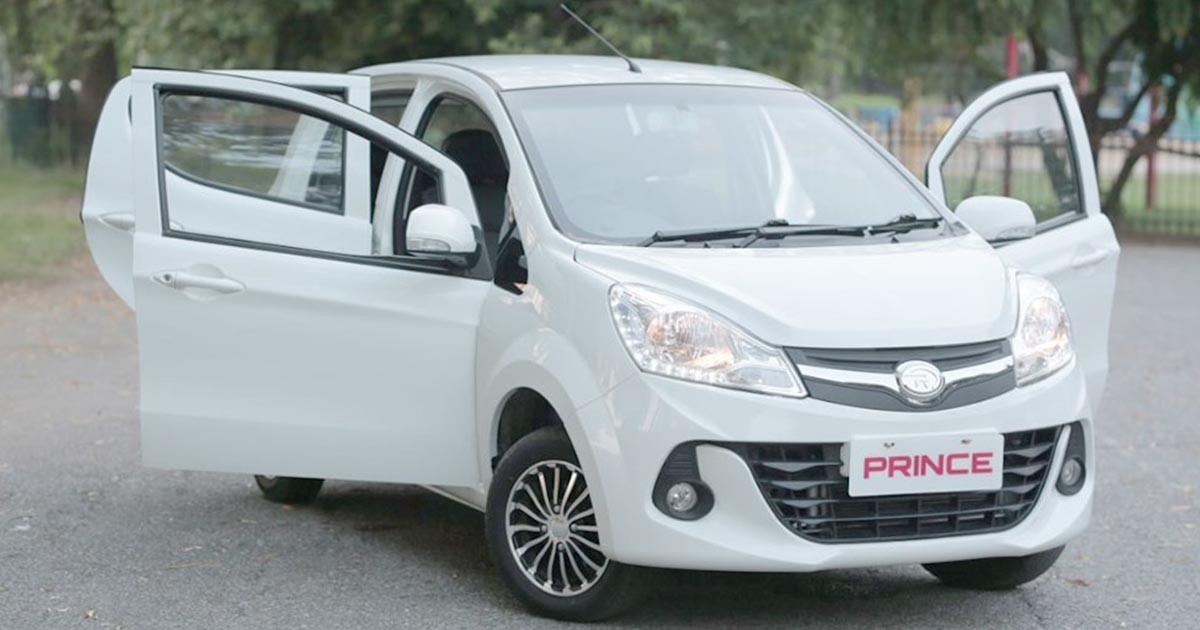 After the production of Suzuki Mehran came to a halt, Pakistanis desperately needed a replacement. This widespread demand for a budget-friendly ride led to the production of Prince Pearl REX7. This 800cc hatchback expected to be priced between PKR 850,000 to PKR 900,000 will be jointly launched by Pakistan’s Regal Automobiles and DFSK of China in January next year.

If the price indeed falls under 1.5 million, it might be hailed as the new alternative to the economical Mehran. The car bears a striking resemblance to the Changan Benni and comes equipped with a hydraulic trunk, power side mirrors, and fog lamps. Prince REX7 is said to rival United Bravo which was launched last year and failed to satisfy the customers despite its reasonable price. Though the car will be available in manual transmission first, an automatic variant will be launched soon after.

Pearl’s exterior might be the first thing that grabs your attention but the well-designed interior won’t fail to impress you either. It has surpassed United Bravo by adding a spare wheel in 800cc classification. This upcoming hatchback also offers an LCD, optional airbags and a warranty of 60,000 kilometers. The expected mileage is around 20KM/L in city and 22KM/L on highways which has already impressed the budget-conscious motorheads.

The Pearl will be available in a number of colors including pure white, brown, gold, and pearl red. Though there are other options available in the same price bracket, what makes Prince Pearl appealing is the value for money. Consumers would most definitely choose a sporty looking car with an elegant interior that offers them a variety of features at a nominal price over a regular looking car with the tacky interior.

United Bravo and Suzuki Alto are already present in the market which makes it a win-win situation for the consumers who now have a few options to choose from. Prince Pearl is also expected to stir up things for the popular Suzuki automobile Wagon R. Kia Pakistan has also launched its new model ‘Picanto’ which is also a five-door hatchback. Picanto, however, is here to compete with the mid-range cars like Cultus and Faw.

Prince Pearl is being labeled as a game-changer way before its release. Car enthusiasts however are keen to know the reputation that it enjoys in China because United Bravo was introduced in Pakistan even when it was not doing well in the Chinese market. There is not a lot of customer feedback on REX7 so I guess, we have to wait for it to hit the showrooms before we can give our final verdict. There were rumors that the pre-booking of Prince had started in October but DFSK refuted them by announcing that the pre-booking will only start once it has been officially launched.