While Prime Minister of Dubai and one of the world’s richest man, Sheikh Rashid Al-Maktoum chose to stay away from the proceedings, his estranged wife, Princess Haya showed up consecutively for a second hearing of the case. 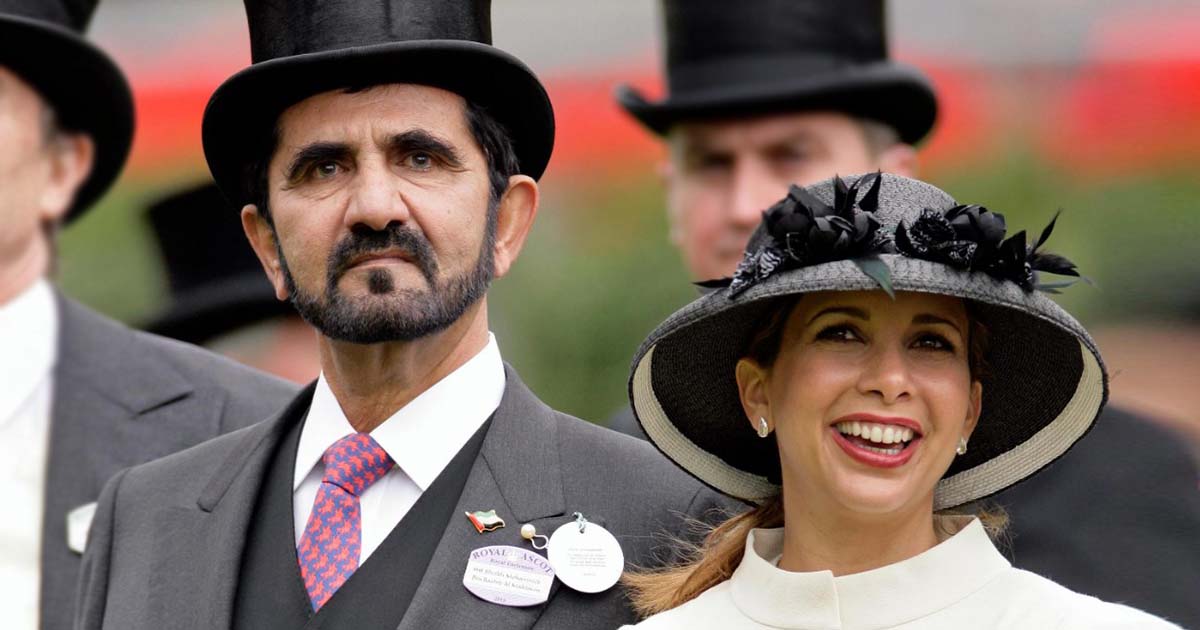 A legal battle between Princess Haya and Sheikh Rashid Al-Maktoum, the ruler of Dubai, began this week on Monday in the UK. The estranged royal couple is facing off each other over the welfare of their children.

The princess is seeking a legal refuge from the forced marriage of one of her children. Both the parties had confirmed in July that the legal battle is confined to the welfare of the children and does not consider their divorce and finances.

First, Princess Latifa tried to flee by boat and almost made it to India. Then Princess Haya, Sheikh Mohammed’s “public wife,” refused to return from England. As @vanessagrigor writes, there's something unusual going on with Dubai's princesses https://t.co/WLiujDntV9

While Princess Haya assured her presence in the court, Sheikh Rashid Al-Maktoum was nowhere to be seen. The Shiekh has decided to stay away and even skipped the first hearing of the case.

Princess Haya arrived for the second hearing with her lawyer Baroness Shackleton, the UK’s most expansive divorce lawyer who represented Princess Charles in his divorce settlement with Princess Diana. A report says, Sheikh Rashid Al-Maktoum is occupied with attending the horse auction hence he distanced himself from the court proceedings.

Princess Haya had requested the court for a non-molestation order to protect her and children from harassment and threat in her effort to thwart a forced marriage of one of her children.

Sheikh Rashid Al-Maktoum is the ruler, prime minister and vice president of Dubai. The ruler turned 70 this year and is the owner of Godolphin horse racing stable.

Princess Haya, 45, is the sixth wife of billionaire Dubai ruler Sheikh Rashid Al-Maktoum. The couple tied the knot in 2004 and has two children from the marriage. Princess Haya is the daughter of the late Jordanian ruler King Hussain and half-sister of current Jordanian ruler, King Abdullah.

Read more: Princess Haya fights for her and her children’s lives against Dubai’s Sheikh

Sheikh Rashid Al-Maktoum, restricting himself from the court proceeding, has been posting poetries on his social media expressing his sorrow with the turmoil in life.

A family feud between Princess Haya and Sheikh Rashid Al-Maktoum surfaced in July this year following the reports of Princess Haya secretly escaping to Germany with her children, circulated on social media. From Germany, she moved to the UK, where she is living with her children in an £85 million house near Kensington Palace, the luxurious residence she bought from Indian billionaire Lakshmi Mittal in 2017.

Diplomatic breakthrough as Pakistan succeeds in mending ties with US

Facebook does not plan to lift ban on Trump

How to Fight Alcohol Addiction during the Quarantine