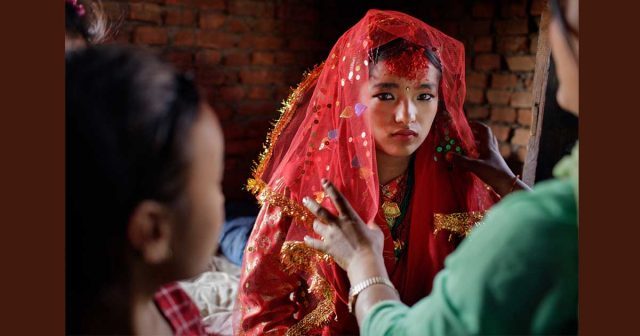 Priyanka Chopra believes every country has its problems and that there is a need to find the solution for rape and child marriages in India.

She further said that, she wouldn’t deny such problem do not exist in India but that she wants to come back and work for the cause.

“It makes me want to come back and do something about it. I’m not a liar, so I can’t turn around and say it doesn’t happen. But at the same time, I’m not going to be someone who says that’s all India stands for. Every country has its own issues. The point is finding a solution, and that’s what I try to focus on.”

Priyanka Chopra is a UNICEF goodwill ambassador and says that philanthropy was a part of her upbringing. She said that she came under huge responsibility after becoming Miss World at the age of 17.

Read more: Priyanka Chopra featured in the Forbes list of 100 ‘Most Powerful…

“I was 17 when I became Miss World and I felt that I suddenly grew up. I have a position that I could use to make a tangible difference in the world and not just talk about it,” she said.

“My family always believed that no matter where you are, no matter how bad your conditions are, there will always be someone who is worse off than you. So, you have to sort of understand the privilege we come from, and from that privilege comes the social responsibility.”

She said that she has associated herself with various organizations that support different social projects.

“I started looking for ways to be able to do it. So, I associated with a lot of causes, met a lot of people and organizations that actually supported what I wanted to do. My relationship with Unicef started about 11 years ago and it still continues,” she added further.

Highlighting issues like child marriages and rape is vital in South Asia where it is very prevalent. Celebrities like Priyanka Chopra bringing up these topics into the limelight is important so more people discuss these issues and people can work together to solve them.

Trump vs Biden: Race to the White House