Escalating protest violence is not the way to bring about change, Hong Kong democracy activist Jason Ng has said, urging demonstrators to embrace non-violent means in the struggle to throw off a feared tightening of Beijing's control. 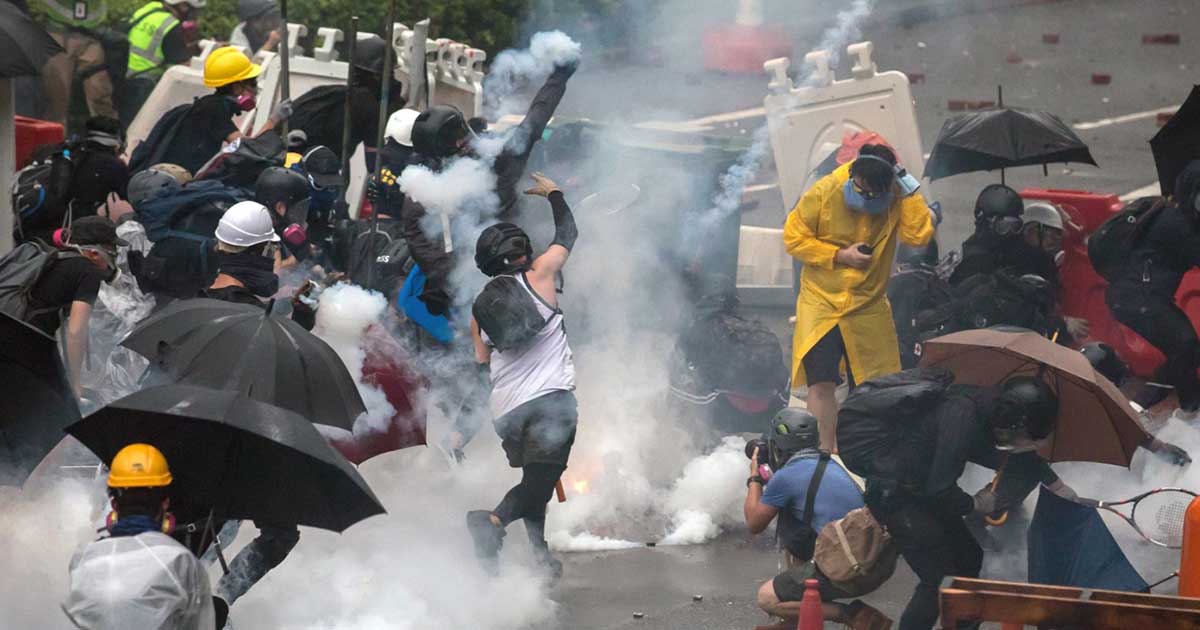 Escalating protest violence is not the way to bring about change, Hong Kong democracy activist Jason Ng has said, urging demonstrators to embrace non-violent means in the struggle to throw off a feared tightening of Beijing’s control.

With the movement in a less frenetic and ferocious stage after seven months of unrest, Ng, who is also a lawyer, said people in Hong Kong were taking time to process what had happened and reflect on the way forward.

Speaking to AFP in an interview in Barcelona, Ng said he hoped the protests would return to the non-violent ethos that had characterised the Umbrella Revolution, the mass pro-democracy demonstrations of 2014.

“One of the core values of the 2014 movement was non-violent civil disobedience and we really want to continue that,” said Ng, whose involvement in those protests spawned a friendship with one of its leaders, Joshua Wong, with whom he will publish a book later this week.

“I understand why some of the violence happens, it’s human nature. If you are beaten by the police so many times and so aggressively, you’re bound to hit back,” the 48-year-old said, referring to the fierce clashes with police that have erupted in recent months.

“Violence is almost addictive,” he said.

“Once you develop this immunity to the violence, the only way to continue (getting media) attention is to escalate… You sort of become addicted to media attention by creating more violence and I don’t want that to happen in Hong Kong.”

Many protesters believed it would be “very difficult” to get the government’s attention and that of the international community without escalating the violence in the semi-autonomous city, he said.

“But I disagree with that argument,” he told AFP.

“There are things that in the future we hope we will see less, and I think the most obvious thing is some of the violence.”

Born in Hong Kong, Ng emigrated with his family to Canada where he grew up and began his studies and legal training, which also took him to the United States and Italy.

He returned to his homeland in 2005 and went on to serve as president of the Hong Kong chapter of PEN International, a writers’ association which advocates for free speech.

Today he is involved in running the Progressive Lawyers Group that advocates for the rule of law, democracy and human rights, and was in Barcelona to visit a Catalan separatist activist who was jailed for his role in a failed 2017 independence bid.

Since the former British colony was handed over to China in 1997, there has been growing alarm at the erosion of freedoms there.

But after peaceful protests failed to yield results, a new generation of young Hong Kongers have engaged in pitched battles with police that have led to 7,000 arrests.

Marathon, not a sprint

Despite the slide into violence, Ng hailed the successes chalked up by the pro-democracy movement, describing as “miraculous” Beijing’s move to drop plans for extraditions to mainland China — the issue which had started the protests back in June.

And he also hailed its “unprecedented landslide victory” with a record turnout in district-level elections.

Since then, the protest had calmed down a lot, leading many people both at home and abroad to mistakenly think the protest was over — which it wasn’t, he said.

“I think people just need time to process what has happened over the past seven months,” he reflected.

“I think taking a break is healthy. After all, we have been fighting for democracy for decades and we know that it is definitely not a sprint, it’s a marathon.

“So as long as a spirit is there, taking a couple of weeks off I don’t think is an issue.”