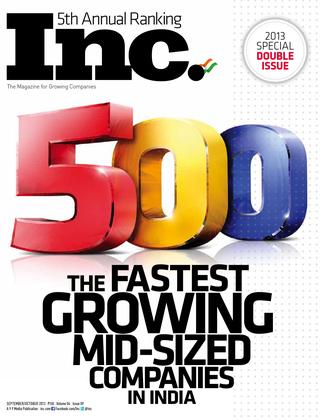 Plimsoll, a UK based international business analysis firm, in its recent report coined Mari Petroleum Company Limited (MPCL) as 29th most profitable company in the world. Mari Petroleum is one of the largest energy exploration conglomerates in Pakistan.

Out of a sample size of 330 large oil and gas companies, where a general downward trend has been observed in sales growth and profit margins of E&P giants due to unstable global oil prices for the past year, at the very least; MPCL has been categorized as ‘Strong’; a rating generally granted to only a select few companies whose growth and profits show stable trends and growth.

In September 2018, Mari Petroleum Company Limited announced the discovery of significant deposits of crude oil in the exploratory well located in Kachhi district of Balochistan.

According to the Plimsoll analysis published on its website, the total value of MPCL is $1,137.4 million. The Plimsoll has assessed that Mari Petroleum’s total sales have risen six times during the year as compared to other leading companies. Plimsoll, that assesses business and financial performance of any given industry using its transparent model have rated MPCL’s pretax profit margin at 37.5% as compared to -0.4% globally, thus stating that MPCL profits have risen 70% during the last year, local press reported.

Commenting on Plimsoll’s report, MPCL Managing Director Lt Gen (r) Ishfaq Nadeem Ahmad has extended his congratulations to the employees of MPCL and has urged them to continue working hard, so that MPCL sustains its position as a leading Energy and Petroleum Company of the world. He also laid stress on the fact that the Plimsoll’s analysis is for the year ending 2017. Gen. Nadeem said that the company has done even better in the year ended on 30th June 2018.

The Company’s exploration and production assets are spread across all the four provinces of Pakistan. The Company enjoys the highest exploration success rate of 72%, much higher than the industry average of 33% (national) and 14% (international). At the same time, it is the most cost-efficient E&P Company in the Country with the lowest operational cost of only 7.7% of the gross sales.

Over the years, this area has seen landmark social welfare initiatives benefitting the communities in the sectors of health, education & communication infrastructure.

Read more: MPCL receives high esteem from the Chief of Army staff for…

In September 2018, Mari Petroleum Company Limited announced the discovery of significant deposits of crude oil in the exploratory well located in Kachhi district of Balochistan. The joint venture of Ziarat Exploration Licence comprising Mari Petroleum as the operator (60%) together with Pakistan Petroleum Limited (PPL)-Europe discovered oil in its exploratory well Bolan East-1 ST-1, which is located near Mach city in Kachhi district of Balochistan.

Previous articleTop 4 Fastest-Growing Industries in Asia
Next articleIs ideology of greed back? – Farid A Malik

US seeking to ease tensions with Iran by cutting forces in...

19 June 2021
Previous articleTop 4 Fastest-Growing Industries in Asia
Next articleIs ideology of greed back? – Farid A Malik