Provocation and the Lawyers

The author analyzes the circumstances that led to the incident that happened at PIC. Were the lawyers provoked into doing so? And even if they were, can there action be justified? 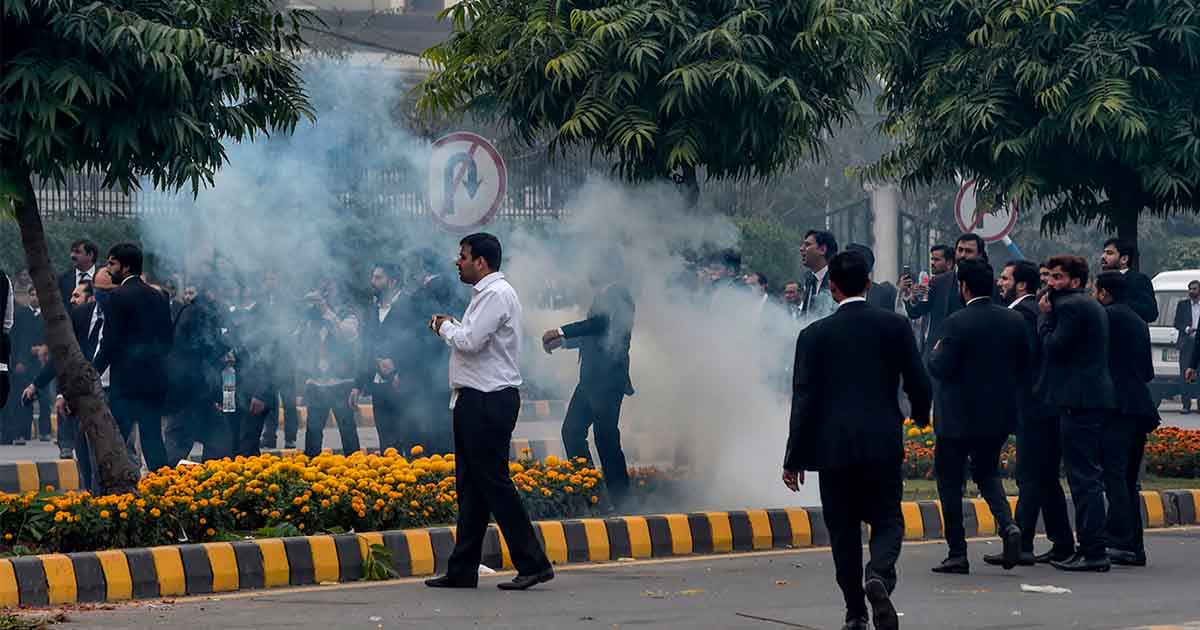 Aggression can be defined as “any behavior directed toward another individual that is carried out with the intent to cause harm”. Among various personal factors, psychologists suggest that there are some situational factors such as provocation, frustration, and pain which contribute to aggression. Provocation is one of the primary factors behind the aggression.

Further, after the provocation, there are two possibilities for the provocateur, one to apologize and the second that he has justification for it. In lawyers’ case, the provocateur seems not to have second ground, so he should go for the first one. In a psychologist’s view, man is usually more aggressive under a verbal and visible form of provocation as compared to other factors.

Furthermore, when we use the word provocation; it means the one who is being provoked may be called a victim. Why we should call such a person ‘victim’—because the events of provocation are intentional and malicious. Moreover, the research also suggests that the provocation is more effective in verbal and visible form—because it may be a personal insult—than in physical and assaultive form.

The law does not absolve provocateurs absolutely. Contribution in a crime, through provocation, is also culpable and condemnable

Sadly, the provocateur’s viral video is a personal insult for the lawyers. Besides, the provocation is considered as a mitigating circumstance in the adjudication of a crime and not a justifiable defense. Yet, it cannot be ignored altogether. Because there are some circumstances when provocation in assault cases may act as a complete defense.

However, here it is not even being argued and proved. Rather, the realization and recognition of the provocation—created, incited, and shared by whom—is the purpose to write. Unfortunately, it is created by doctors, incited by paramedics of the Punjab Institute of Cardiology (PIC), and shared by Police and Media.

Since the provocateur’s act compels the victim to do an immoral and illegal act—it is an incitement to anger or irritation. Therefore, it might cause a very sensible person to lose his complete control. This is what happened with lawyers.

Read more: Horror at PIC: Why it happened?

Thus, as per lawyers’ stance, the doctors’ provocation and incitement through a video, resulted in a strike and march toward PIC, where they were welcomed with bricks, batons, and iron rods by the PIC staff. Police’s role was of mere bystander and they were waiting and watching everything for the right moment. Since they too were not on good terms with lawyers, so they got a good chance to settle their old scores.

The provocation has not just stopped there. It is still continuing, and the media is playing its major role in it. Sadly, here as well, lawyers are not in good books of Media. By airing one side of the picture, it is unjustified in its antipathy and bias towards the lawyers. Neither one can keep one’s eyes off from the provocateur’s act, nor should one to be.

Why is provocation going on hitherto? Because the lawyers’ broken ribs, legs, and fractured skulls are not considered as an offense. Police have refused to register cases. Doctors have refused to issue Medico-legal certificates. Has anyone noticed it?  Is it legal? Many senior lawyers are in ICU in private hospitals.

Read more: PIC tragedy: What is the Punjab government up to?

Lawyers were heroes of the past and being presented as villains of the day. Although, it was not justifiable what young lawyers did in the provocation. Similarly, it is also not legitimate what provocateurs are doing. The law does not absolve provocateurs absolutely. Contribution in crime, through provocation, is also culpable and condemnable.

As the handwriting is on the wall, it is high time for the government to act actively—not a silent spectator—in amicable settlement of this dispute, and do not let the grass grow anymore under its feet. The loss is of the masses solely, and the governments should be there for them. Lastly, lawyers and doctors are all respectable citizens. They should not be left alone in this quagmire anymore.

Is It Time To Seek Counseling?

Both members of Election Commission are un-constitutional