Justice Isa believes that the federal government is targeting him because it wants to control and subordinate the entire judicial system. 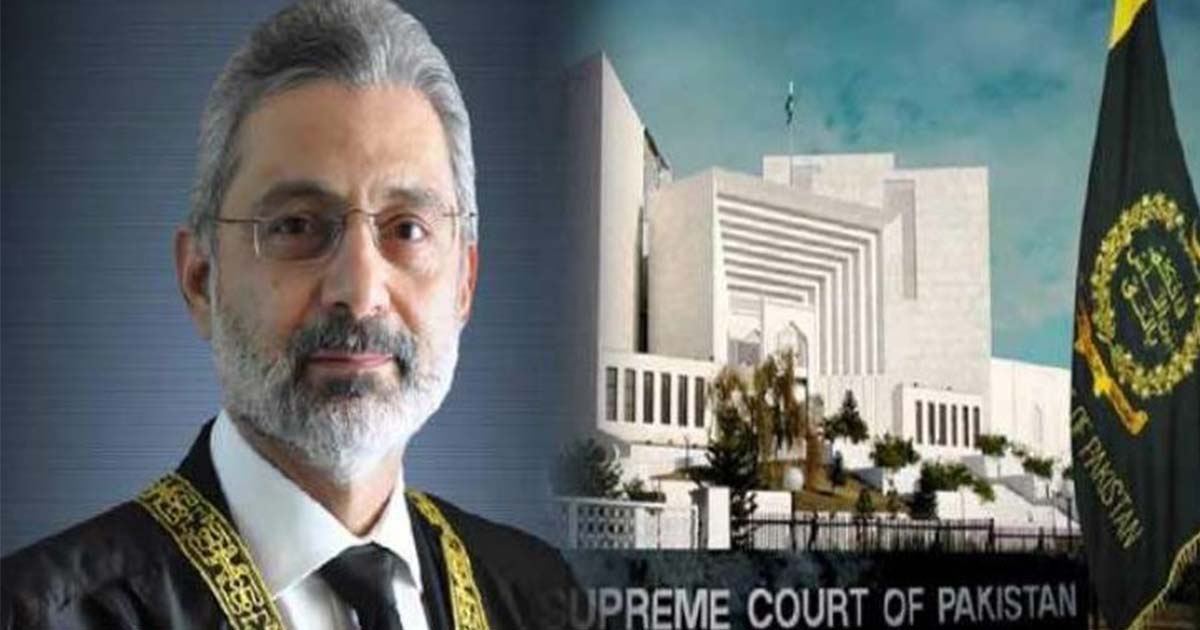 Justice Qazi Faez Isa has submitted a reply to the Supreme Court and denied all the allegations leveled against him by the federal government. Justice Isa also made it clear that the government wants a ‘subservient judiciary since an independent judicial may not give verdicts as per the expectations of the government.

A few days ago, the government had alleged that Justice Isa was the ‘ostensible owner’ of three properties in the United Kingdom as his family members purchased the assets at a time when they had no independent source of income. The government in its response lamented over the behavior of Justice Isa who instead of addressing the questions raised in the reference started vilifying the complainant.

The assertion was made in the government’s response – submitted by Attorney General of Pakistan Anwar Mansoor Khan – on a set of petitions challenging the presidential references against Justice Isa.

“The petitioner’s spouse and children own expensive properties in the UK which were purchased in the year 2004 and 2013 at a time when they had no independent source of income of their own. The inescapable conclusion which follows is that the properties are Benami and that the petitioner is the ostensible owner,” it said.

PTI govt informs Supreme Court that Justice Qazi Faez Isa is the ‘ostensible owner’ of three foreign properties as his family members purchased the assets at a time when they had no independent source of income.https://t.co/v4hn8g8S5t

The rejoinder further argued that the petitioner judge could not be compelled to provide information about the properties independently owned by his wife and children particularly when his wife and adult children were not his dependents and conduct their own affairs independently.

Moreover, about the sources of income of his family members, the petitioner judge explained that in 2013 his daughter and son were married and working. His daughter was working in a law firm in the UK while her husband was also a working barrister. Likewise, his son was employed at an estate agency and he also did jobs as an independent contractor, whereas his wife was an analyst at a private equity firm, the rejoinder said.

Justice Isa is said to be facing ‘consequences’ after he delivered a strong-worded verdict in the Faizabad sit-in case. The judgment authored by Justice Isa drew some broad and important conclusions. For example, the court has directed the federal and provincial governments to monitor and prosecute those advocating hate, extremism, and terrorism. It also ordered the government ─ through the defense ministry and respective chiefs of the armed forces ─ to initiate action against armed forces’ personnel found to have violated their oath.

The judgment further states that any person who issues an edict or fatwa that “harms another or puts another in harm’s way must be criminally prosecuted under the Pakistan Penal Code, the Anti-Terrorism Act, 1997, and/or the Prevention of Electronic Crimes Act, 2016.”

Finally, the judgment states that Inter-Services Intelligence, the Intelligence Bureau, Military Intelligence and the Inter-Services Public Relations “must not exceed their respective mandates”. It also reinforced the idea of freedom of speech which, the court said, is also subject to the law.

Many in Pakistan believe that he is now being targeted for his judgment which also made PTI a part of it and slammed it for using the religious card to target the then-government of PML-N.  The top court has to determine whether such speculation holds some ground or not. If yes, the apex court is expected to provide more constitutional security to its judges so that they may pronounce more firm and strong judgments.

Previous articleSaudi Arabia deploys massive US troops for ‘defense’
Next articleFATF: International Lobbying by India Might Retain Pakistan in Greylist

Pakistani student kills professor: Where does the problem lie?

Tomorrow will be the D-Day in Operation Panama