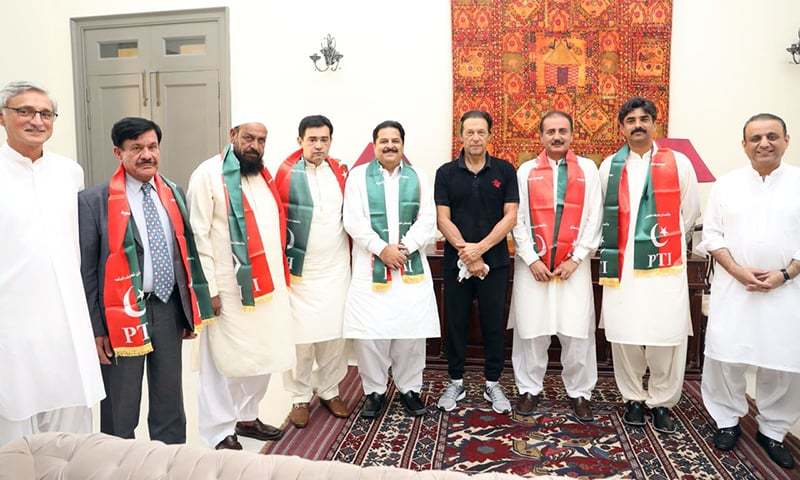 Hamza Shahbaz, son of Pakistan Muslim League-Nawaz’s (PML-N) Shahbaz Sharif, has said on Friday that his party was ready to form a government in Punjab. “In Punjab, PML-N has 127 seats, PTI has 118, while 27, who are independent, share our ideology. Our people are in touch with them,” he said.

He also reminded the PTI that former Prime Minister allowed the party to make government in KPK after the general elections in 2013. “Nawaz Sharif made a big decision by allowing the PTI to form the government in KP. It hadn’t happened before in Pakistan’s history,” Hamza said.

According to media reports, Khawaja Saad Rafique has been given the task to approach independents to make an alliance with the former ruling party to form a government in Pakistan’s largest province.

Read more: All eyes on independent candidates in Punjab as PTI and PML-N…

It is important to mention here that in 2013, the PML-N ruled Punjab with an absolute majority — 239 directly elected MPs in the 297-member house. The PTI had played the role of a tiny opposition with 30 seats of its own, eight each of the PML-Q and the PPP, as well as the PML-Zia which got three seats, while Jamaat-i-Islami, Jamiat Ulema-i-Islam-Fazl, Bahawalpur National Awami Party and Pakistan National Muslim League had one seat each in the Punjab Assembly.

PTI which has gained a simple majority in KPK assembly and 117 seats in the national assembly is also interested to form a government in Punjab. Mian Mahmoodur Rasheed, PTI’s MPA-elect and former leader of the opposition in the Punjab Assembly, has said that “Minus the Pakistan Muslim League-Nawaz (PML-N) and the Pakistan Peoples Party (PPP), the PTI welcomes all independents and other parties’ elected members from Punjab to join hands [with us].”

Sources say that party leaders Shah Mahmood Qureshi and Jahangir Khan Tareen, on the instructions of the party chairman, have established contact with independents and other parties’ MPA’s-elect to join hands with the PTI to form the government in Punjab.

A party looking to form a government in Punjab will need 149 seats in the 297-seat house. The Election Commission of Pakistan will notify the selection of women on 66 reserved seats and eight on minority seats according to the lists submitted by political parties.

It is expected that PTI will manage to make an alliance with PML-Q to form the government in Punjab. The PML-Q has 7 seats in Punjab Assembly. Since the party is going to lead in the National Assembly, it is, therefore, likely that it will get required seats to lead in Punjab as well.

According to media reports, as many as 18 independent members have shown their intent to give their support to PTI’s nominee for the leader of the house and will meet Pakistan Tehreek-e-Insaf Chairman Imran Khan on Saturday [today].

Iran turns to China to seek relief from US sanctions