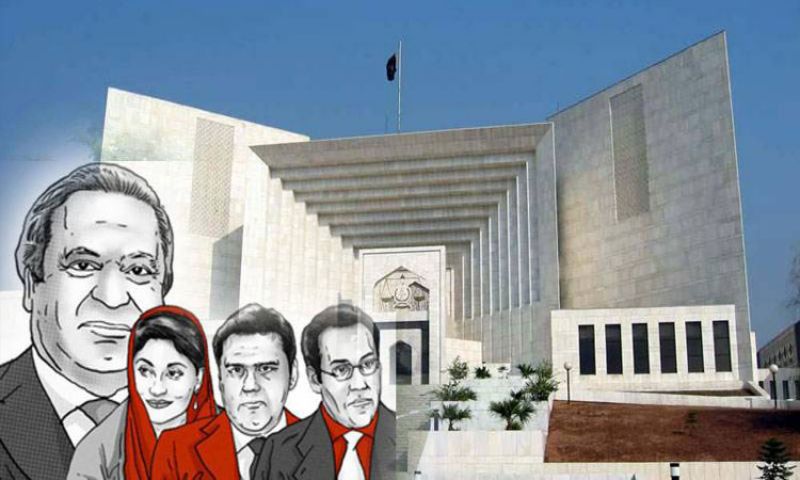 The Pakistan Tehreek-i-Insaf (PTI) has decided to become a party in the Hudaibiya Paper Mills case against the former premier Nawaz Sharif, Chief Minister Punjab Shehbaz Sharif and former Finance Minister Ishaq Dar if the case is reopened in the court. PTI will submit a request in the Supreme Court (SC) once the case has been reopened.

The decision was made during a meeting of the PTI legal wing presided by chairman Imran Khan at his Banigala residence on Sunday. Senior leaders of PTI Fawad Chaudhry, Dr. Babar Awan and others were present at the meeting. PTI will file an application in the court to become a party in the case that was earlier disposed by the court.

Like Orya Maqbool Jan, they demand that the details of the proceedings should be made public, and if PTI becomes a party in the case, they’ll be present at all the proceedings and they’ll be able to give an honest account of the happenings inside the court.

The party has also decided to approach the court against a certain media group and its owner. The meeting also discussed the issue of filing an appeal against the reconciliation packages given to politicians under the National Reconciliation Order (NRO) during the eras of former presidents Pervez Musharraf and Asif Ali Zardari. The meeting observed that, so far, no legal action has been taken against the two NROs.

The Hudaibiya Papers Mills case is a graft case filed against Nawaz Sharif, Shehbaz Sharif and their families for alleged money laundering of 1,242 million rupees. The case was started in March 2000 when NAB moved a reference against the Sharif family. The former Finance Minister Ishaq Dar was also nominated in the case for facilitating the Sharif family in committing fraud. Dar recorded his confessional statement but later retracted it by saying that he was pressured to give that statement.

Jan demanded a press briefing after every accountability court proceeding so the public is informed. PTI’s decision to become a party in the Hudaibiya Paper Mills case is in the light of all these facts.

The accused were out of Pakistan at that time so the case was adjourned. It was restarted in 2014 but the Lahore High Court (LHC) dismissed the case and declared the Sharif family innocent. NAB filed an appeal in the SC to reopen the case last month but it was dismissed. NAB has filed a second appeal in the SC for reopening but the decision is still pending.

Three graft cases against former premier Nawaz Sharif are already proceeding in the accountability court. The cases were filed by NAB on the orders of the SC after the 28th July 2017 verdict by the SC to disqualify Nawaz Sharif as the Prime Minister. Nawaz Sharif has since started a country wide campaign against the Supreme Court judges for his ousting. Imran Khan has accused Nawaz Sharif of pressuring the judges to revert their decision.

Now the motive behind NS's public mtgs has become evident with his declaration that the SC will have to take back their decision on his disqualification. He is seeking to build public pressure & in the process has let slip the fake sincerity in his desperate cry:Mujhe kyun nikala

Analysts and political groups have also complained about the clandestine proceedings against Nawaz Sharif in the accountability court. The details of the proceedings are not made public and media groups aren’t given access to the court. The only information that is available to the public is conveyed by the former premier himself in his post hearing press conferences. It is unlikely that an honest account can be obtained if the reporter of the news is the one accused.

Senior analyst Orya Maqbool Jan stated on Dunya News television show, Tonight with Moeed Pirzada, that the Nawaz Sharif case in the accountability court is the only case that is not being reported by the newspapers. Jan accused Pakistan’s media of being sold at the hands of Nawaz Sharif. He also explained that Nawaz Sharif wants to give the impression that there is no evidence against him and when the order rules against him, he can claim that the courts are biased. Jan demanded a press briefing after every accountability court proceeding so the public is informed.