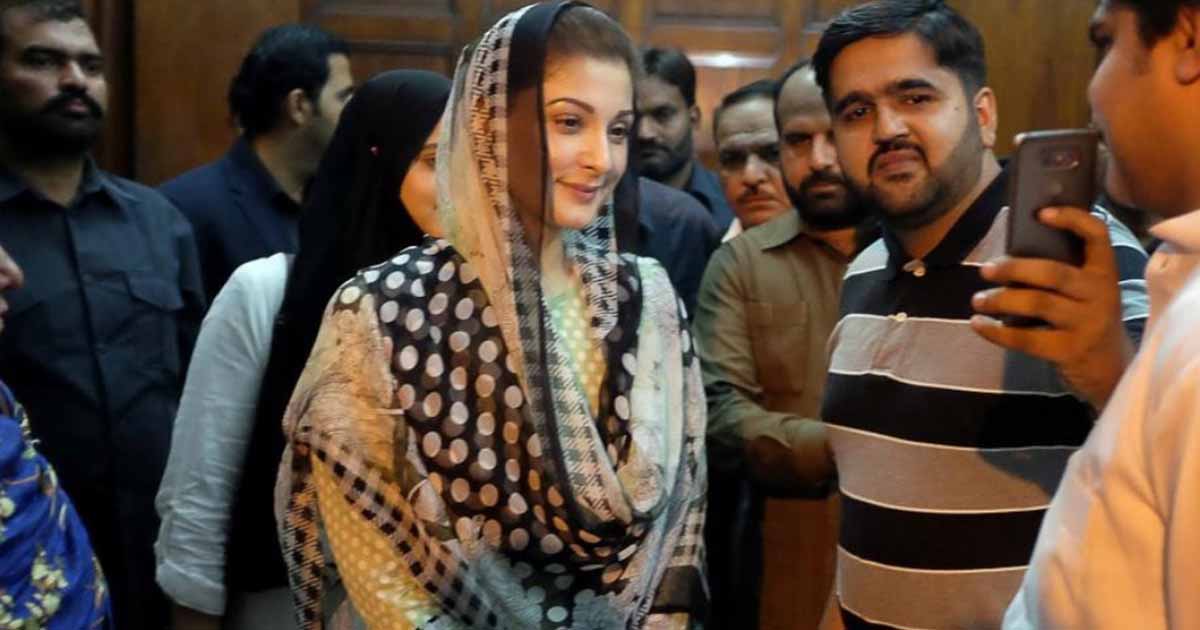 In a surprising move, the Pakistan Tehreek-e-Insaf (PTI) has decided to challenge the Pakistan Muslim League Nawaz (PML-N)’s decision to appoint Maryam Nawaz as one of the party’s 16 vice presidents.

While speaking to media, the Foreign Minister Shah Mehmood Qureshi said that PTI was preparing to challenge the PML-N’s move to ‘grant a party post to a convicted person’. The minister said that the ruling party was exploring different options and would soon decide on the best way forward.

“We have the option to take this up in the Parliament, the Election Commission of Pakistan (ECP), or the country’s courts,” he said. “She [Maryam] has been convicted by the country’s courts and is not eligible to hold a party position. She has been granted temporary relief by the court; her conviction has not been reversed,” said Qureshi. The media reports said that deliberations within the party circles and consultations with the legal experts have already started.

The accused were also disqualified to contest election or to hold public office for a period of 10 years to be reckoned from the date they are released after serving the sentence and they shall not be allowed to apply for or to be granted or allowed any financial facilities in the form of a loan for a period of 10 years from the date of their conviction within the meaning of section 15 of NAO 1999.

After being convicted in the London properties reference by the accountability court, the IHC suspended the sentence until the final decision on the appeals against the judgment.

Among other changes, former PM Shahid Khaqan Abbasi has been appointed senior vice president of the PML-N, ex-interior minister Ahsan Iqbal has been made general secretary, ex-finance minister Ishaq Dar has been tasked to take over responsibilities as president of the party’s International Affairs Committee while Marriyum Aurangzeb retained the position of secretary information and the party’s spokesperson.

The reorganization came after the party surrendered two important parliamentary positions due to party president Shehbaz’s expected long stay in London for getting medical treatment and the Supreme Court’s decision to turn down Nawaz’s review petition seeking court’s permission to go to UK for medical treatment. Dar, who is facing graft cases in Pakistan is already living in self-exile in London.
Read more: Maryam Nawaz slams PTI with a song ‘Yaad Tu Ati Hogi’

A statement from the party said that the president made the announcement after consultation with PML-N Quaid Nawaz Sharif over the decisions. In the party reshuffle, Shehbaz, Abbasi, and Dar were also made members of the PML-N Economic Advisory Council. Ahsan Iqbal, Khawaja Asif, Qaiser Ahmed Sheikh, Muhammad Zubair, Miftah Ismail, Ayesha Ghaus-Pasha, Mushahid Hussain Syed, Musadik Malik, Ali Pervez Malik, and Bilal Azhar Kiyani have also been made members of the EAC.

Noor Ul Hassan Tanvir has been made general secretary international affairs. Pervez Malik has been chosen as the secretary finance and Tariq Fatemi as secretary policy and research. Several key positions have also been allocated to people regarded close to former premier Nawaz Sharif.

In Sindh, the former finance minister Miftah Ismail has been appointed as PML-N general secretary and Ali Akbar Gujjar as senior vice president. Salman Ali Khan and Nasiruddin Mehmood have been made PML-N’s Karachi president and general secretary, respectively.

The pitfalls of Judicial Activism and what to do about It