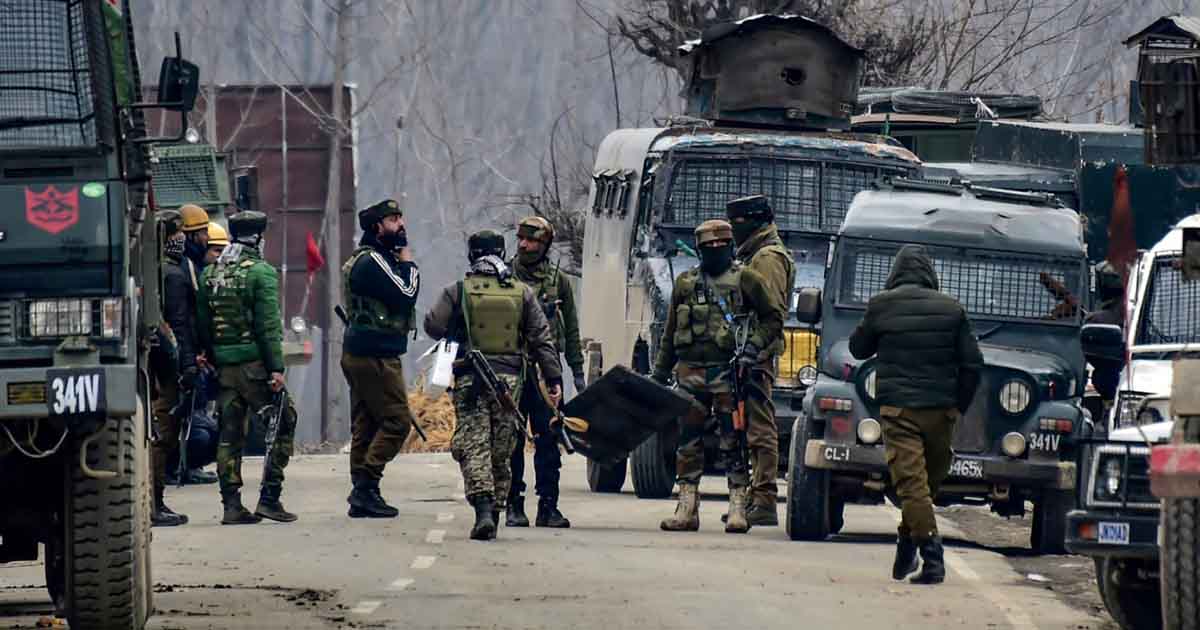 It’s almost only 24 hours since the attack took place in Pulwama and no thorough investigation has been done by India and yet they resort to blaming Pakistan without any evidence. This whole scenario completely fits the definition of false flag attacks in the realm of modern hybrid warfare. One of the most prominent signs of a false flag [a covert operation to deceive] is that the reaction is always preconceived without any evidence because the objective is it to merely target a unit.

Pakistan’s foreign ministry clearly said; “We strongly reject any insinuation by elements in the Indian government and media circles that seek to link the attack to the State of Pakistan without investigations.” What are the logical deductions to understand the Indian media framing against Pakistan? Is there an Indian deep agenda behind this propaganda?

Firstly, why this timing when in a matter of few weeks Modi is set to initiate his election campaign? There is a clear pattern of deceit on the part of Modi’s government handling of this Pulwama attack affair. Without any evidence, Modi through its media got successful in inciting violence in Indian public and surprisingly, we saw RSS [Rashtriya Swayamsevak Sangh] along with other Indians burnt Prime Minister Imran Khan’s posters and Pakistani flags on the streets of India.

Thirdly, India is now resorting to isolate Pakistan again and without any concrete proof or any thorough investigation, India forced China to list Jaish-e-Mohammad’s Masood Azhar as a global terrorist which China refused to do so.

Secondly, Iran always pays close attention to Saudi Arabia’s visit to Pakistan, and India is aware of it. It is among the objectives of Indian foreign policy to isolate Pakistan from Iran. As long as there are strong Pakistan-Iran ties India cannot become successful in its hegemonic designs in South Asia.

Any sane defense analyst who ponders on this current propaganda against Pakistan would come to conclusion that: “Modi’s framing of Pakistan as a terrorist state on the visit of Saudi crown prince Muhammad Bin Salman cunningly and subliminally trying to gain an advantage in its foreign policy with Iran by checkmating and framing both the Saudis and Pakistanis at the same time. My theory clearly suggest that this is one of the so-called “RAW’s unthinkable objectives” behind Pulwama attack.

Thirdly, India is now resorting to isolate Pakistan again and without any concrete proof or any thorough investigation, India forced China to list Jaish-e-Mohammad’s Masood Azhar as a global terrorist which China refused to do so. As China knows that it is too early to declare their official stance on Masood Azhar and this could have been a carefully planned Indian agenda to disrupt China’s strategic relationship with Pakistan.

Pulwama False Flag and Indian Army in Jammu and Kashmir

People of India must know that blood is blood whether it is of Indian soldiers or Kashmiri people. Celebrating the rape and murder of Kashmiris and crying on the death of your own soldiers is hypocrisy of highest degree.

Despite this entire defense mechanism how one could bring more than 200 kilograms explosives and detonate it in broad daylight? It is very important to mention here that this attack happened just a few days after the visit of Prime Minister Narendra Modi and Defense minister Nirmala Seetharaman, same patterns as we had seen earlier in the Uri attack.

Even if it is not a conspiracy on the part of Modi then all of this suggests us that it is a total failure of Modi’s policy in Kashmir. Two years ago Kashmir witnessed one of its bloodiest periods in the aftermath of freedom fighter Buhran Wani’s murder by the Indian Army. More than 100 civilians were killed and thousands injured in bullets and pellets guns etc. As a result of it, the number of young freedom fighters increased. Keeping Kashmir issue alive and then hoping for peace is a not a wise approach. Kashmir cannot be won with an army or guns. “One can defeat an army, but not a nation”

A Pakistani Response on the Attack in Pulwama

Why Indian media backed by Modi would say that Adil Ahmad Dar is a Pakistani agent? Even if we for a moment accept that it was not a false flag how can India deny this reality that this guy who attacked was Indian Occupied Kashmiri resident and never had been to Pakistan? His house was burnt by Indian troops in 2018 and women were disgraced. And what about hundreds of thousands of Kashmiris martyred thousands of women raped by Indian occupational forces while Kashmiris live in constant torture and persecution just because of their Muslim identity?

The only party who has benefitted so far from this attack is Indian Media and Modi’s government. The recent attack in the occupied Kashmir does not show any Pakistani footprint. Pakistan is no fool to create such a situation at a time when the country prepares to welcome a foreign dignitary as a state guest and India’s covert operations against Pakistan are well documented; however we condemn acts of violence in its entirety.

We as Pakistanis would still say that we stand with the families of 45 Indian soldiers killed in Kashmir. But people will keep on dying on both sides of the border until the Kashmir issue is not solved. People of India must know that blood is blood whether it is of Indian soldiers or Kashmiri people. Celebrating the rape and murder of Kashmiris and crying on the death of your own soldiers is hypocrisy of highest degree.

It is high time that people of India should force their government to end the occupation in Kashmir. Because let me be very clear, “If India keeps on with its atrocities and oppressions against Kashmiris and freedom fighters in occupied Kashmir restore to a suicide bombing in the future, it is ‘game over’ for Indian Police and military forces.”