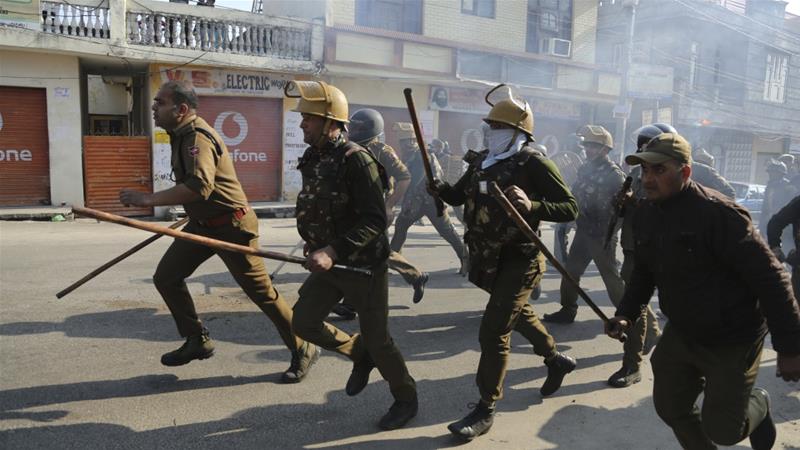 On Wednesday, the Foreign Office (FO) shared Pakistan’s preliminary findings with the Indian government upon examining the dossier that was sent to Islamabad to investigate the Pulwama attack. The FO revealed that the dossier did not include any substantial evidence to link Pakistan with the Pulwama attack that occurred on 14th February, and reinstated Prime Minister Imran Khan’s commitment to investigating the attack if and when further evidence is revealed by New Delhi.

The statement of the Foreign Office noted, “Earlier, the Prime Minister of Pakistan had offered cooperation in the investigation if credible evidence was provided by India. In response to this offer, a paper was handed over to Pakistan on 27 February 2019. Pakistan has acted with a high sense of responsibility and extended full cooperation. We do so in the interest of regional peace and security. We have sought further information/evidence from India to take the process forward.”

Pakistan is willing to allow visits, on request, to these locations.” Pakistan has requested India to provide additional evidence and information that would allow Islamabad to proceed with the investigations.

The Indian High Commissioner, Ajay Bisaria, was called to the Ministry of Foreign Affairs in Islamabad, where Foreign Secretary, Tehmina Janjua briefed him on Pakistan’s preliminary findings on the Pulwama incident. Pakistan has also put forward its own set of questions related to the incident because the dossier, comprising of 91 pages, failed to substantiate India’s allegations or even provide Pakistan with substantial insight into the Pulwama attack.

The Foreign Ministry issued a statement that informs that New Delhi had shared its dossier on 27th February, and a team was set up to begin an investigation and take due action. The statement notes, “Soon after its receipt, Pakistan had constituted an investigation team, detained a number of persons for investigations and initiated work on the technical aspects of social media content, the main basis of Indian paper.”

The statement further notes that the Indian dossier on Pulwama was a lengthy document that focused little on the Pulwama attack and more on other “generalized allegations” leveled against Pakistan. It read, “The Indian paper contains 91 pages and 6 parts, out of which only part 2 & 3 pertain to Pulwama incident. Other parts are generalized allegations. Pakistan is focusing on those parts which relate to Pulwama incident.”

Islamabad’s investigation took into account all aspects of evidence revealed by the Indian dossier, including the alleged confessional video of the Kashmiri boy held accountable for the attack, Adil Dar, and the Whatsapp and Telegram numbers that were used for correspondence.

The Foreign Ministry shared, “During the course of investigations, all aspects of the information provided by India have been thoroughly examined including the “confessional” video of Adil Dar, “claim” of responsibility for the attack, Whatsapp and Telegram numbers used to share videos and messages in support of Pulwama attack, list of 90 individuals suspected of belonging to a proscribed organization and 22 pin locations of alleged training camps.

The Foreign Ministry has reinstated Prime Minister Imran Khan’s commitment of carrying out an open investigation into the Pulwama attack, and provide India with its “logical conclusion”.

Pakistan is currently looking into the Whatsapp and Telegram numbers, and service providers have also been approached to reveal data related to the activities and contacts of the GSM numbers provided in the dossier by New Delhi. Islamabad has also launched a direct request to the US government for assistance from Whatsapp regarding the numbers provided by India. The FO shared that Pakistan has detained 54 individuals, who are currently being investigated, however, it also notes, “no details linking them to Pulwama have been found so far”.

While referring to the alleged Jaish-e-Mohammad camps, the statement by FO notes that New Delhi had provided 22 pin locations that were supposedly “terror camps” of JeM. The statement reads, “No such camps exist. Pakistan is willing to allow visits, on request, to these locations.” Pakistan has requested India to provide additional evidence and information that would allow Islamabad to proceed with the investigations.

The Foreign Ministry has reinstated Prime Minister Imran Khan’s commitment of carrying out an open investigation into the Pulwama attack, and provide India with its “logical conclusion”.

On 27th February, New Delhi had handed Pakistan a dossier, which according to the Indian Ministry of External Affairs, included “specific details of Jaish-e-Mohammad’s complicity in the Pulwama terror attack and the presence of Jaish terror camps and its leadership in Pakistan”. However, Islamabad’s investigations, based on this dossier, have failed to link Pakistan with the Pulwama attack.