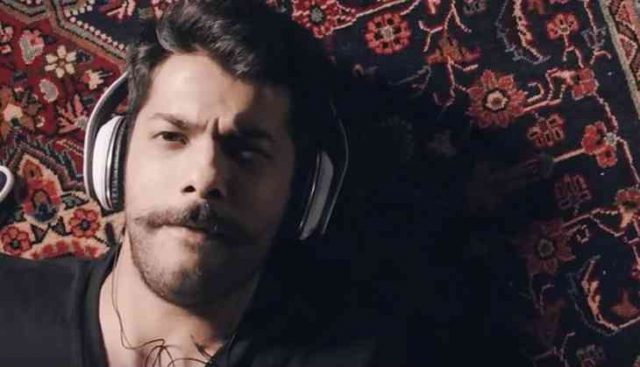 Punjabi Blues Trendsetter Shamoon Ismail from Islamabad recently took to social media to inform his fans that he had been threatened by a media company who wanted to own his content.

A company from Karachi called 'Media Concepts' has been asking for exclusive rights (ownership) of my song 'Jutt Blues' since June. They've approached us through different people but I kept refusing because they never tell us why they need the song or who exactly needs it.

“A company from Karachi called Media Concepts has been asking for exclusive rights (ownership) of my song Jutt Blues since June. They’ve approached us through different people but I kept refusing because they never tell us why they need the song or who exactly needs it,” Shamoon wrote. “I refused one guy, then another and then a woman, all approaching me with a different game plan but none giving any proper information. So, I connected the dots and realized it’s the same people and told them we can only work a deal if I know who needs the song and what for.”

The Tuntuna star wrote that even after he had refused, he received a threatening message on September 24. “The woman called my manager and told her that the remake of Jutt Blues is almost ready and the company is going to put it out ‘By hook or by crook,”.

Islamabad based singer Shamoon Ismail became popular in Pakistan and much more so across the border with his signature Punjabi blues track Tuntuna. Also wildly popular are his singles “Jaan De” and the track under perjury, Jutt Blues. The track in question was released in November 2014, with its video directed by independent filmmakers Aisha Linnea and Shehbaz Hamid. His latest single was “Taare” which was released a month ago.

Shamoon Ismail has also worked as a music producer during his decade-long career transitioning from underground to the mainstream. He has appeared as guest artist on various tracks by different artists and has performed alongside international DJ Diplo in the Islamabad Mad Decent Block Party.

The 27-year-old singer also shed light on the plight of being an independent artist in Pakistan. He mentioned he has been on his own since day one and not signed with any record label because “I want to own my music, have total creative freedom, be my own boss and I can’t just give away something that I put my life to.” The musician ended the series of tweets by saying he is not a “one-hit-wonder” and that if his music is plagiarized by the company, he will deal with them personally. “I’m not a one-hit-wonder. I love this, come at me with full force; I’ll show you what I’m made of.”

I just want my people to know where things are going in case it gets dirty. You can do a lot to me but if you f**k with my music I'll personally deal with you. I'm not a one hit wonder, I live this, come at me with full force, I'll show you what I'm made of.

Previous articleIs another war in South Asia imminent?
Next articleThe tyranny of markets under neoliberalism – I – Omer Javed

23 July 2021
Previous articleIs another war in South Asia imminent?
Next articleThe tyranny of markets under neoliberalism – I – Omer Javed

Toyota Pakistan jacks up prices for the fourth time this year

NAB should have made a case against KP govt instead of Imran Khan: Fawad Chaudhry

After buses and cars, Daewoo brings a solution to the UPS problems