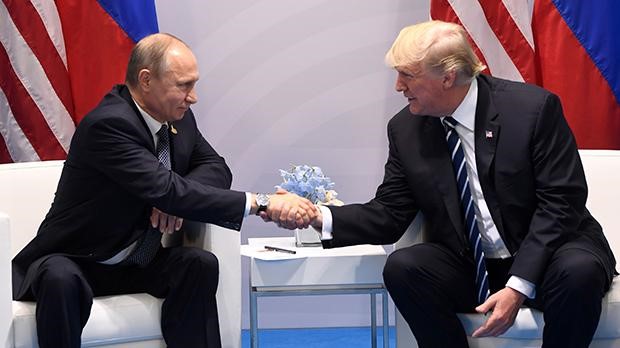 Russian President Vladimir Putin has invited US president Donald Trump to visit Moscow for the one-to-one summit after Trump administration decided to postpone the summit scheduled for this fall. The invitation from Russian President has come on the lines of recently held Helsinki summit between the leaders of two global powers. Both leaders, in the post-summit briefing, expressed the desire to carry on such initiatives which will help both the countries to come closer.

He could possibly be hinting at the resolution of the new dilemma which United States has caused after moving away from JCPOA and the Syrian crisis.

After the summit, US president Donald Trump faced heavy criticism back home for going too easy on the United States’ historic rival Russia. In order to derive the outcome of the Trump-Putin summit as desired by the US security establishment, 12 Russian intelligence officers were indicted just two days before the summit. The apparent objective was to push the US president to talk a hard line against Russia, a country which is challenging every major move which United States’ in making on the global strategic arena.

The result, however, stood completely in contrast to the design and Donald Trump snubbed US intelligence agencies which are yet to find a substantial, court-admissible proof for the alleged collusion of Russians and Trump’s election campaign. To the surprise of many, Donald Trump took a bold step even after it and invited Putin to visit Washington in the latter part of this year. But due to growing resentment over the happenings of Helsinki Summit, White House decided to postpone Putin’s visit two days back. National Security adviser John Bolton said that Trump wanted the meeting after the end of the investigation into Russian meddling in the 2016 elections which he described as the “Russia witch-hunt.”

The United States right now is facing some grave issues vis-à-vis its economy especially after the tariff war. US president had to announce a bail-out package of $12 billion for US farmers affected by the cancellation of orders from China which came as the reciprocator measures after the US imposed heavy duties on Chinese imports. In this critical situation, apparently, Donald Trump wants to focus more on the internal challenges of his country rather fighting the proxy games with Russia thousands of miles away in the Middle East and Asia. The Helsinki summit could be seen as an effort on his part to stabilize the further deteriorating ties and a better working relationship between the two countries.

In Russia, Vladimir Putin has received an entirely different response from masses than what his American counterpart did from his people. He was hailed and applauded which his Foreign Minister Sergey V. Lavrov describes as “better than supper”. Of course, it also remains a fact that Putin is a popular leader as indicated by the landslide victory in Presidential elections a few months back and that the scope for dissent is way limited in Russia as compared to America as well. But overall, Helsinki summit is seen as a win for him not only by his supporters but neutral observers across the world share the same opinion. He would definitely want to keep the momentum going which is the reason why he immediately invited Donald Trump to Moscow after the latter had to succumb to the internal pressure for inviting Putin to Moscow.

Putin also mentioned “certain conditions which need to be met” before another summit could take place but he did not go into the specifics. He could possibly be hinting at the resolution of the new dilemma which United States has caused after moving away from JCPOA and the Syrian crisis. With regard to Iran nuclear deal, the United States has given a clear ultimatum that any country found to be doing trade with Iran after 4th November would face severe restrictions too.

Since Russia along with China has been Iran’s trade partners in the time of severe economic sanctions Pre-JCPOA time, they are unlikely to comply this time around as well. In that case, there will not be much to discuss even if both presidents convene together. The likelihood of Trump’s Moscow visit, after John Bolton’s explanation of postponement of the Washington summit and Iran issue at hand, is very low.