In a significant development in Qatar's labor laws, shorter working hours have been announced for open workplaces during summer by the Ministry of Administrative Development, Labor and Social Affairs on Wednesday. 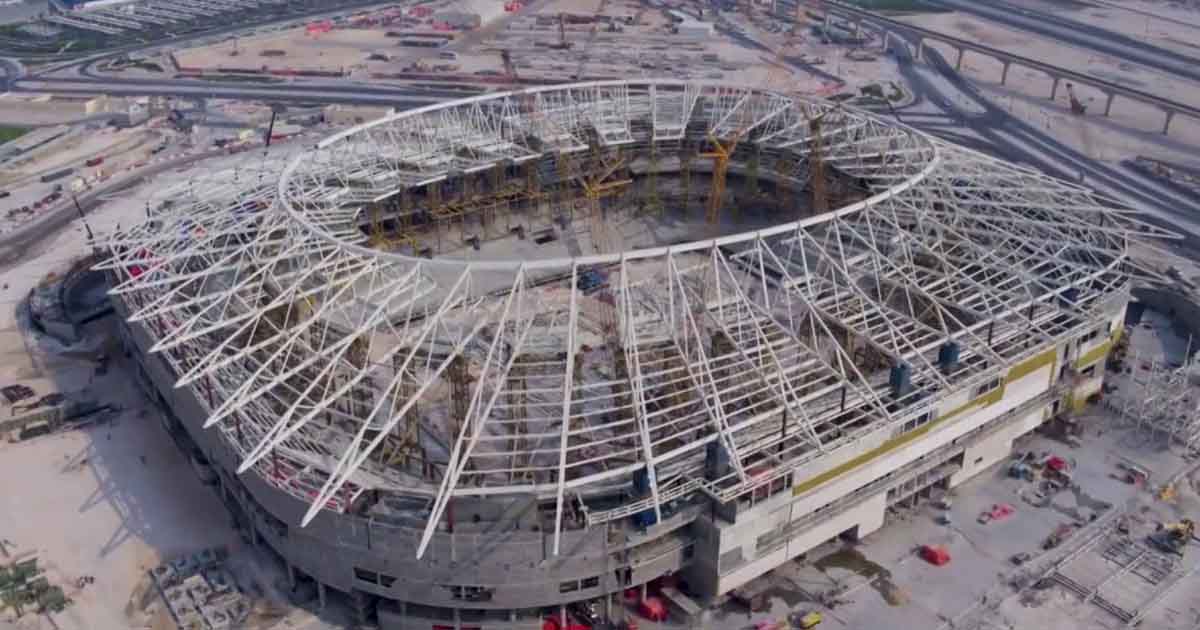 Already implemented at workplaces since June 15, the special working hours are expected to last till August 31st with strict enforcement measures in place.

The decision of the Ministry drafted under the Ministerial decision No (16) of 2007, states that work done outdoors, starting from the morning, must be stopped from 11:30 am to 3:00 pm and must not last for more than five hours in the morning.

Instructions regarding the enforcement of the prescribed summer working hours were also released by the ministry along with orders for companies to ensure standardized and reasonable working conditions for the workers.

The special working hours during summers are said to be the primary focus on the workers and labors at construction sites.

The announcement of special working hours has come at a time while Qatar is preparing for its bid to host its first World Cup tournament in 2022.

As part of the 2022 tournament, Qatar is working to build seven football stadiums, one of which has already been completed. Al Wakrah Stadium with the capacity of 40,000-seat was completed last month. Al Khalifa, also a 40,000 seat capacity stadium, is the oldest football stadium of the city-state which underwent renovation and is reportedly completed for 2022.

In addition to that, Qatar has also embarked on a public transportation expansion plan that it aims to develop before 2022. Last month, Qatar’s first ever metro service was opened for public use in Doha as part of its World Cup.

It was recently revealed that Qatar has planned to spend a whopping $6 billion dollar on its construction projects alone for World Cup 2022. Being the first Arab nation to host World Cup, Qatar has been subject to extreme scrutiny for its labor laws by various International human rights groups, demanding more transparency in Qatar’s labor regulations.

Various international organizations have been extremely vary of Qatar’s treatment of its labor workers, predominately migrant workers from different countries. It has been reported that three work-related deaths have occurred related to the construction projects.

Qatari authorities have however ensured that Qatar is underway significant labor reforms and that it will reach its goal in no time. The government issued a statement on February stating Qatar’s commitment to reform its labor laws is “a journey and not an end in itself” in a response to Amnesty International’s call for immediate action. A report published by Amnesty International claimed that migrant workers were being pushed into doing labor work.

Qatari officials argue that the World Cup 2022 is just another brick in the wall for the country and their goal to achieve its National Vision 2030 goes beyond this one tournament.

“Far from seeing time as running out, the Government of the State of Qatar understands further change is needed and we remain committed to developing these changes as quickly as possible, while ensuring they are effective and appropriate for our labour market conditions,” the Qatari government responded in its statement.

In 2018, the Qatari government was lauded for its amendments in laws pertaining to residency of the migrant workers that allowed them to exit the country without having to apply for an exit visa. The International Labor Organization (ILO) of the United Nations (UN) welcomed Qatar’s step towards its long-term commitment to reform country’s labor laws.

Secretary-general of the World Cup 2022 organizing committee, Hassan al-Thawadi, welcoming UN’s response, reaffirmed Qatar’s commitment to work on unethical recruitment practices.”Unethical recruitment is a global issue and an area many countries struggle to manage. All too often, the very people who have left their home to provide for their families are the ones exploited,” he said.

Speculations regarding expanding the World cup tournament from 32 teams to 48 were recently shelved when the football governing body, FIFA, announced the ditching of plans for the 2022 expansion.

Read more: Qatar to spend a whopping $6B on construction for FIFA 2022

Since the economic blockade on the Qatari Peninsula in 2017 from its neighboring states, including Saudi Arabia, the UAE, Bahrain and Egypt, for alleged support to Iran and terrorist groups, there had been attempts by its neighboring states to expand the hosting bid and also to sabotage the event in Qatar as a whole.

While Qatar has denied all accusations placed by its neighbors, it is working to develop a diversified economy that is aimed to expand internationally. Qatari officials argue that the World Cup 2022 is just another brick in the wall for the country and their goal to achieve its National Vision 2030 goes beyond this one tournament.

GCC: Not yet ready to remove blockade from Qatar?

Pakistani Women as UN peacekeepers continue to inspire me: US Diplomat

Did US deal meet all the demands of Taliban?