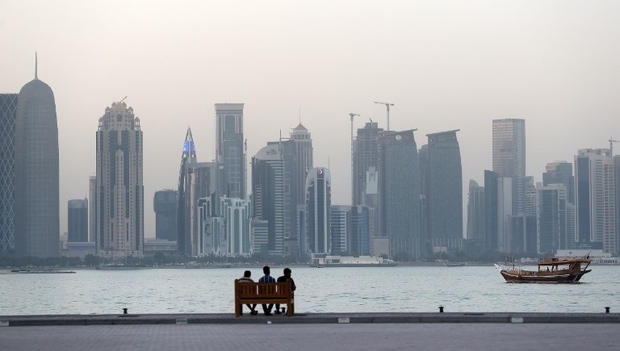 United Arab Emirates’ Ambassador to Netherland, Saeed Alnowais, appeared before International Court of Justice to present his country’s position vis-à-vis the case filed by Qatar claiming that UAE is violating human rights of its citizens. “Our government has asked Qatar time-and-again to cease such conduct. Although Qatar repeatedly committed to do so, it has failed to live up to its commitments,” Alnowais said at the Hague-based ICJ.

“The UAE’s measures against the Qatari government are carefully measured to have the least possible impact on ordinary people,” Alnowais added.

Qatar filed the lawsuit earlier this month, a year after the UAE and three other Arab nations began a boycott of Doha as part of a diplomatic dispute. Those nations announced early Wednesday they are filing a separate grievance at the ICJ against Qatar. A Saudi-led bloc is seeking to move a case on reopening its airspace to Qatari planes to the International Court of Justice from a United Nations aviation agency.

Saudi Arabia, Bahrain, the United Arab Emirates and Egypt say the International Civil Aviation Organization “was not competent to consider that dispute,” the Saudi Press Agency reported. The four Arab nations cut diplomatic and transport links with Qatar in June last year, accusing the country of supporting terrorism and cozying up to Iran, charges Qatar denies. They also barred Qatar-registered planes from their airspace.

Saudi-led quadrate has already given a 13 point demand lest to Qatar which they say is requisite before the boycott could be lifted. The demands include shutting down of State-owned Al-Jazeera news networking, sending Turkish troops stationed inside Qatar back to their country and limiting cooperation with Iran. Qatar has brushed these demands aside from the very beginning, terming them as sheer bullying tactics.

But the blockade has been a cause of huge economic suffering for city-state in the Arab peninsular. Qatar, being a desert terrain, had to import all means of subsistence from neighboring states of UAE, Egypt, and Saudi Arabia. Since the blockade also includes denial to use the airspace of respective countries, even airlifting the required goods has been very costly. Qatar Airways, which is believed to be one of the best in the world, had to endure substantial losses as a result of lengthy detours. Overall, it is Qatar who has to face the brunt but still, it has managed not to succumb to the demands which are against its sovereignty.

Qatar has alleged in the petition  submitted to International Court of Justice that the measures taken by the UAE against Qatar since June 5, 2017, breach the UAE’s commitments under the International Convention on the Elimination of all Forms of Racial Discrimination (CERD). Doha is demanding “full reparation, including compensation for the harm suffered as a result of the UAE’s actions in violation of the CERD,” it said in papers before the court.

UAE representative Alnowais, however, said his country “completely rejects the allegations, all of which are without any merit or basis.” “Qatar has put forward no credible evidence to substantiate any of these claims,” he said, adding it consisted “only of anecdotal and unverified statements,” he said. “The UAE’s measures against the Qatari government are carefully measured to have the least possible impact on ordinary people,” Alnowais added.

So far Qatar has averted the logistical catastrophe by exploring new avenues for trade including Turkey, Oman and Iran. However, the current arrangement in not sustainable in the longer run as various extraneous variables are associated in the equation. Qatar has to mobilize billions of dollars to shore up the financial system since June 2017. Though it is rich in resources to make up for huge imbursements but even the vastest of resources eventually deplete to a critical level. Sooner or later, Qatar has to work out things with its historic allies.

Is the Cold War between Russia and the USA over?