Qatar has signed an agreement with MSC Cruises to charter two ships to accommodate fans during the FIFA World Cup Qatar 2022. Authorities are taking various steps to hold a successful event that will help Qatar enhance its soft image. 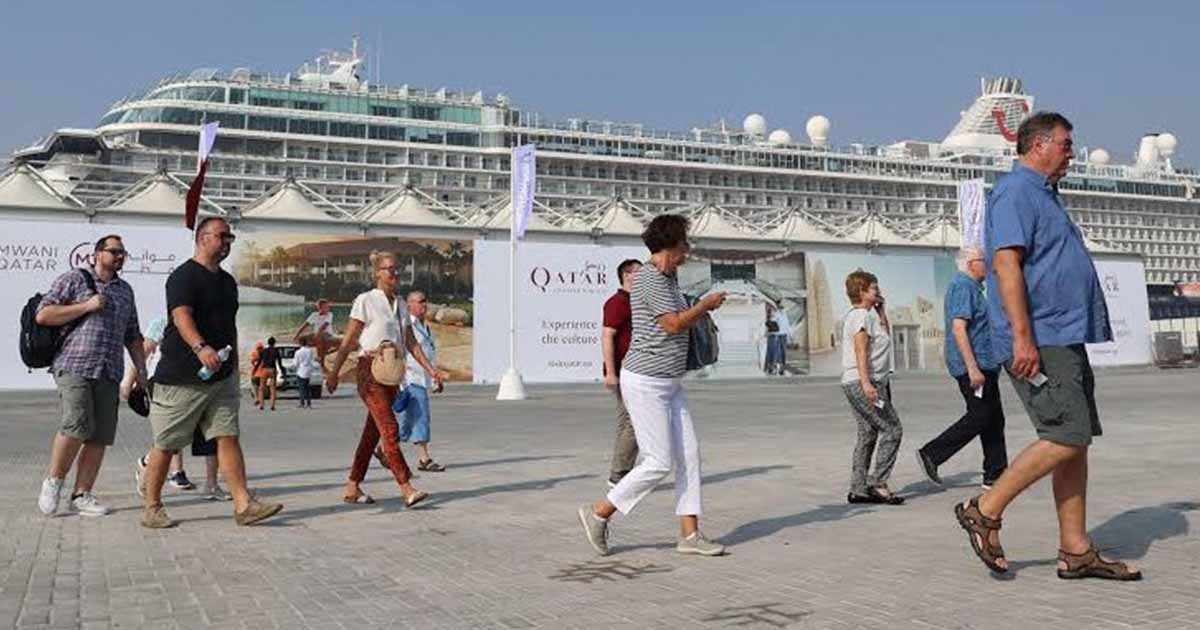 Qatar will charter two cruise liners to accommodate visiting football fans during the 2022 FIFA World Cup as it prepares to host the global football tournament for the first time in the Middle East. Qatar is making all possible efforts to facilitate the fans as much as possible, official sources told media.

The Supreme Committee for Delivery and Legacy, which is tasked with the preparations for the month-long event, signed an agreement with the Swiss-based European company MSC Cruises on Monday, earmarking the ships with a combined capacity of 4,000 cabins.

The vessels, berthed at the Doha port in the Qatari capital, will act as floating hotels during the tournament, a statement on its website said. “We are pleased to collaborate with MSC Cruises to deliver this unique accommodation option for fans in 2022,” Hassan al-Thawadi, secretary-general for the Supreme Committee for Delivery and Legacy, said.

“We are sure fans from all over the world will be excited at the prospect of staying onboard a cruise ship, with a fabulous view of West Bay, and fast access to all the stadiums and fan zones,” he added.

Qatar’s Supreme Committee said it has completed more than 75 percent of the preparations for the tournament, including two stadiums: Khalifa International in Doha and Al Janoub in the southern city of Al Wakrah.

Construction for six other stadiums with advanced open-air cooling technology is also underway. The 32-team tournament kicks on November 21, 2022, and will run until December 18 – breaking with tradition with a winter schedule as it looks to avoid the scorching Doha summer heat.

Qatar, a country with more than 95% Muslim population and located in the Middle East, has announced to accommodate homosexual couples and transgender fans in the upcoming football world cup in 2022. “I would like to assure any fan, of any gender, (sexual) orientation, religion, race to rest assured that Qatar is one of safest countries in the world – and they’ll all be welcome here,” said chief executive of the FIFA World Cup Qatar 2022 Nasser al-Khater.

Mr. Al-Khater was responding to media questions about the position of transgender fans who might want to attend the World Cup but are unclear what legal and human rights protections they will have.

While responding to a question that how Qataris may react to a gay couple holding hands, Al-Khater insisted they would not be treated any differently from any other couple or individual. “I will put it another way: a public display of affection is frowned upon,” he added. “It’s not part of our culture. But that goes across the board to everybody.” It is worth noting that LGBT issues are like in other Gulf countries sensitive in Qatar.

Moreover, there are some reports which claim that a deal is about to be signed which may allow alcohol and other eatables for the foreigners. The Qatari government is also expected to offer subsidy on alcohol.

Al-Khater has acknowledged that the price of the alcohol was high which needed to be reviewed. “We recognize there is an issue with the price and it is something we are looking into. We are looking at finding ways to reduce the price of alcohol,” he said.