Qatari Emir to land in Pakistan today: What to expect from the visit?

Qatari Emir is expected to land in Islamabad today for an official state visit since 2015. PM Imran Khan will welcome the Emir at the airport followed by a Guard of Honor for the Royal guest. It is expected that during his two-day visit to Pakistan, both countries will sign various agreements pertinent to agriculture, industry, petrochemicals, tourism and hospitality cooperation 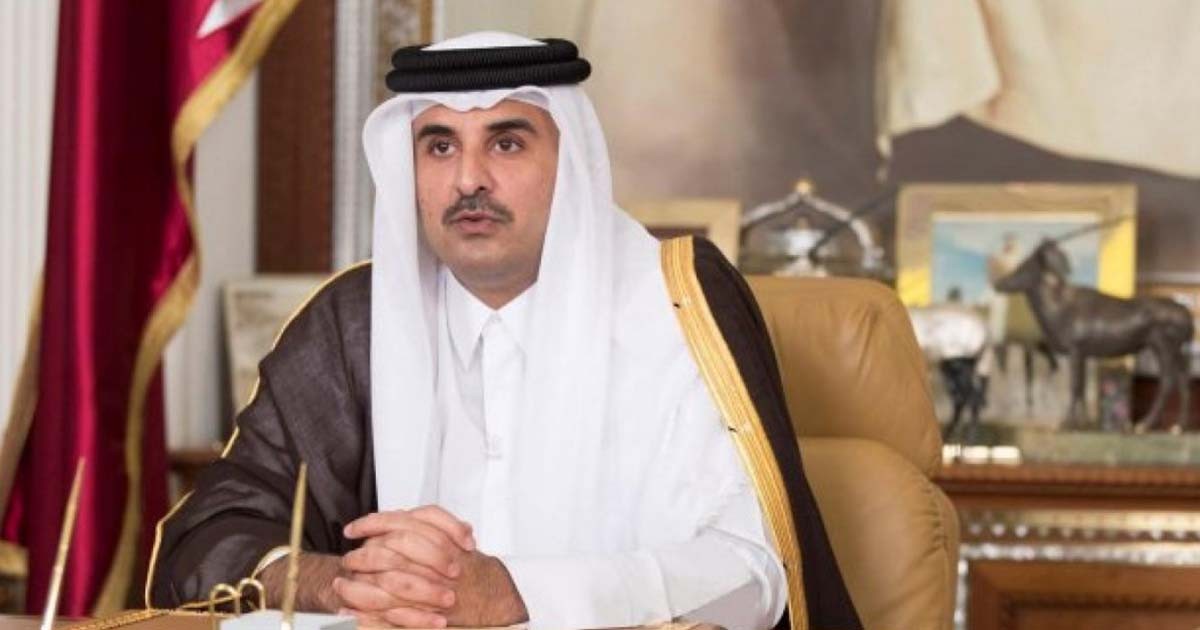 Qatar has planned to invest in various fields of Pakistan’s development sector. Reportedly Qatar is investing $22 billion during the Emir’s visit, however, there are reports contradicting this claim and stating a $9-11 billion expected deal between the two countries.

Both Pakistan and Qatar share a mutual trade relationship, hence, it is expected that various agreements based on imports and exports will also be signed between the two countries.

The visit of the Qatari Emir to Pakistan comes two years after a trade and diplomatic blockade which was imposed on the Gulf state in June 2017, also dubbed as the Second Cold War in the Middle East.

The Saudi-Emirati led coalition had imposed the blockade on Qatar over alleged support to Islamist groups and for its cordial ties with Iran. Qatar has denied all accusations of supporting terrorist groups.

Pakistan, being a key ally of all major states in the Gulf, including Saudi Arabia, the United Arab Emirates (UAE), Iran and Qatar, has maintained that it would continue to have cordial ties with all states without joining any particular bloc.

Why is this Visit Important for Qatar?

Being a city-state by magnitude, Qatar had previously relied heavily on food imports from its neighboring states. However, due to strict measures imposed by the Saudi-dominated bloc, it is now focused on trade and diversification of its economy from beyond the region.

Both Pakistan and Qatar have enjoyed pleasant ties since the 1990s with a primary focus on trade and economy exchanges. Pakistan reportedly exported goods worth $ 67.3 million to Qatar in 2017, mainly food exports.

Earlier this year, the Minister of Commerce and Industry, Ali bin Ahmed al-Kuwari, had affirmed Pakistan’s role in providing food security to Qatar during the turmoil in 2017. He also expressed the desire to further strengthen the cooperation in realms of agriculture and industry.

On PM Imran Khan’s visit to Qatar in January this year, the Ministry of Commerce and Industry of Qatar removed the ban on Pakistan’s rice imports that had been imposed on the country since 2011-2012 over low quality of rice.

The sources claim that Qatar is set to acquire the management services of the top three hotels in Pakistan, including Marriot, Serena and Pearl Continental (PC).

The ban-lift is expected to provide an additional $40-50 million of rice exports to Qatar if the quality is maintained. Annual rice imports of Qatar are estimated to be around 200,000 tones.

In addition to that, Pakistan’s food exports to Qatar had reportedly reached an unprecedented high in 2017 by 70 percent and are expected to further increase as a result of the expected deals during the Emir’s visit.

It is expected that the trade volume is set to further boom in the coming years owing to an increased and strengthened partnership between the two countries in several fields.

Qatar to Invest in Pakistan’s Hospitality and Tourism Sector

According to reports, Qatar at present is looking to invest in Pakistan’s tourism and hospitality sector through its acquisitive investment policies under the Qatar Investment Authority (QIA). The sources claim that Qatar is set to acquire the management services of the top three hotels in Pakistan, including Marriot, Serena and Pearl Continental (PC).

In addition to the hotel industry, Qatar is also said to be investing in Pakistan’s aviation industry by taking up management of three airports in Karachi, Islamabad and Lahore.  It is also reported that the Qatari Emir will also be finalizing deals pertinent to investment in Pakistan’s tourism industry.

Both countries are also expected to finalize a 10-year long LNG deal that will provide Pakistan with 400 million feet (MMBFD) of LNG per day on low rates as part of fresh agreements between the two countries.

Read more: Pakistan’s balancing act in the Gulf, Qatar to invest heavily in…

The deal is expected to fulfill Pakistan’s domestic gas needs for an increasing population and depleting resources of natural gas. Moreover, Qatar is also seeking to invest its petrochemical investments in the port cities of Pakistan.

Saudis brought Putin to his senses: OPEC will decide to cut output

There for Palestine: Qatar opens prosthetic facility in war-torn Gaza