Qatari FM to visit Tehran: Has the game in Middle East changed?

Qatar’s Foreign Minister will leave for Tehran shortly. The pertinent question is; has the game in the Middle East been changed? After General Soleimani murder at US hands, Iran has turned aggressive towards the former. Is this an attempt to pacify Iran? 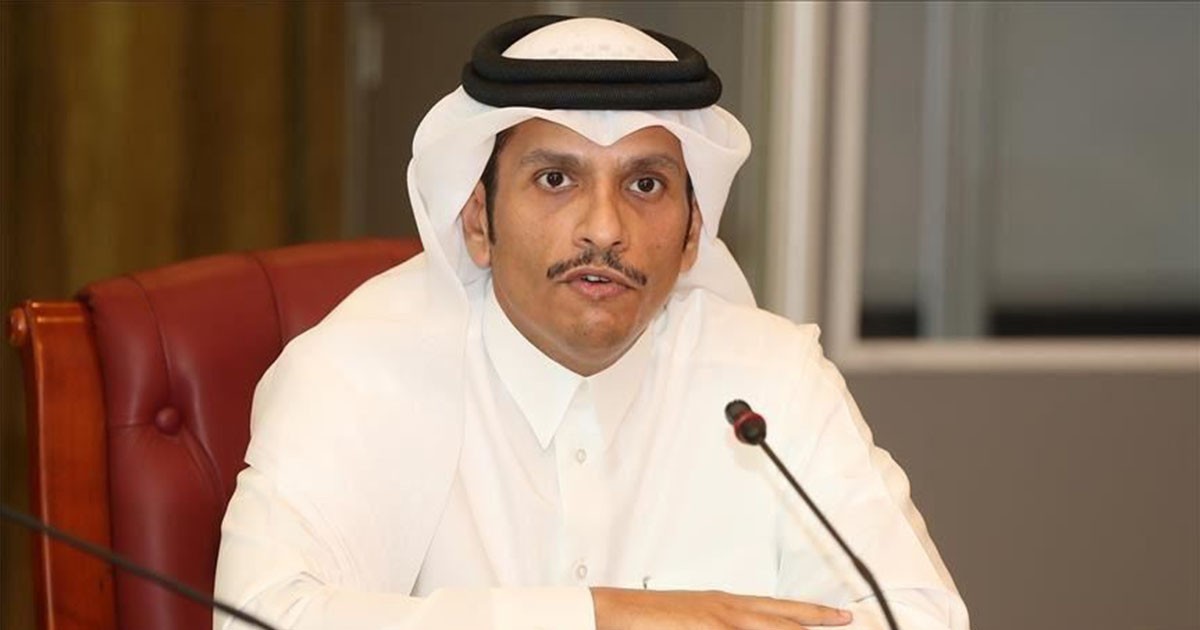 The situation in the Middle East got changed after the United States of America killed Iranian General in an airstrike. Surprisingly, top Iranian commander Qassim Soleimani was killed on Friday in a US strike on Baghdad’s international airport in a dramatic escalation of tensions between the two countries. Analysts believe that the “game in the Middle East has been changed”.

Some of Iran’s proxies lack the skill to strike at well-defended official targets, so Tehran may also seek to send a broader message in order to intimidate the United States”

The Doha-based Al Jazeera television, citing sources, said the Qatari minister was due to arrive in Tehran, without giving further details. Notably, Qatar, an American ally, is accused by Saudi Arabia and the UAE of having close ties with Tehran.

After the assassination of Soleimani, the United States men’s soccer team has canceled its plan to train in Doha, Qatar, from 5-25 January “due to the developing situation in the region”. The US Soccer Federation announced the decision Friday.

The Americans will move training to the IMG Academy in Bradenton, Florida, starting on 6 January. They will be using a roster of players mostly from Major League Soccer ahead of an exhibition against Costa Rica in 1 February at Carson, California. The USSF said it hopes to train in the future at Qatar, host of the 2022 World Cup.

“Jihad of resistance will continue”

Iran has threatened the USA of dire consequences after the killing. “All enemies should know that the jihad of resistance will continue with doubled motivation and a definite victory awaits the fighters in the holy war,” Iranian Supreme Leader Ayatollah Ali Khamenei said in a statement carried by the TV. “Iran often refers to regional countries and forces opposed to Israel and the United States as a ‘resistance’ front,” he added.

“Soleimani’s martyrdom will make Iran more decisive to resist America’s expansionism and to defend our Islamic values,” Iranian President Hassan Rouhani said in a statement. “With no doubt, Iran and other freedom-seeking countries in the region will take his revenge,” he added.

Read More: How the world is reacting to US killing of top Iran general

“The brutality and stupidity of American terrorist forces in assassinating Commander Soleimani […] will undoubtedly make the tree of resistance in the region and the world more prosperous,” Iranian Foreign Minister Mohammad Javad Zarif said in a statement. On Twitter, he said the assassination of Soleimani was “an extremely dangerous and foolish escalation”.

The US bears responsibility for all consequences of its rogue adventurism.

USA should be prepared to face the consequences?

Daniel Byman, a professor in the School of Foreign Service at Georgetown University, believes that the USA needs to be prepared as Iran is likely to strike back. “Attacks on US forces and facilities in Iraq are particularly likely. Tehran has spent over 15 years building up extensive networks among militia groups and politicians in Iraq.

Earlier this week, before Soleimani’s death, Iran was able to rapidly mobilize local proxies to violently demonstrate at the US Embassy in Baghdad, creating a grave security risk to personnel there, even as Tehran’s local allies avoided killing more Americans. Now the gloves are likely to come off,” he said.

Ordering killing Suleimani opens increase dangers for the U.S. in Middle East does Trump have plans to deal with it will he pull out of region altogether or will he escalate tit for tat what if Iran kills one of our generals will he go nuclear #Soleimani https://t.co/YCMcPRjtBZ— Joseph Hight (@joe_hight) January 3, 2020

Moreover, while commenting on Iraq’s domestic political dynamics, Byman opines that “many Iraqi politicians, by necessity and in some cases by choice, have close ties to Iran, and pressure will grow to oust US forces from the country. If there is a back-and-forth between the United States and Iran, it is simply the case that Iran has more allies and more influence there, and many Iraqi leaders are likely to bow to Iranian pressure”.

He further warns that “the US military forces in Afghanistan and Syria are also at risk, though both are already well-defended due to threats from ISIS, the Taliban, and other dangerous groups. The IRGC and its proxies may also strike at official US embassies and other government-related targets. In 1983, the Iranian-backed Lebanese Hezbollah blew up the US Embassy in Beirut as well as the Marine barracks there, killing 220 Marines, and dozens of other Americans.

Civilians too may be in the crosshairs. Some of Iran’s proxies lack the skill to strike at well-defended official targets, so Tehran may also seek to send a broader message in order to intimidate the United States”. It is yet to be seen how does the situation evolve in the region where several political actors have contradictory and competing interests.

Baghdad’s Green Zone hit by 3 rockets: Wake up call for the US?

Afghanistan: A graveyard of empires?