The world reacted with alarm on Friday after top Iranian commander Qasem Soleimani was killed in a US strike in Iraq, with leaders appealing for restraint. 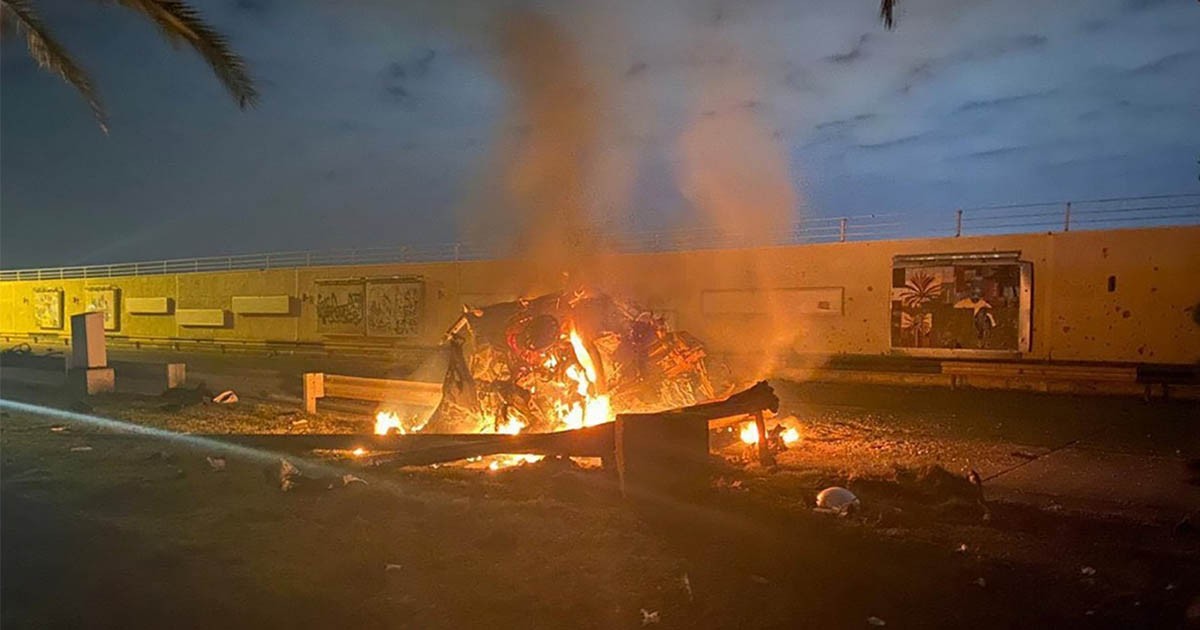 The world reacted with alarm on Friday after top Iranian commander Qasem Soleimani was killed in a US strike in Iraq, with leaders appealing for restraint.

The attack was praised by US President Donald Trump’s Republicans but elsewhere there were sharp warnings it could inflame regional tensions. Following are some of the reactions from around the world:

“Martyrdom was the reward for his ceaseless efforts in all these years,” Iran’s supreme leader Ayatollah Ali Khamenei said on Twitter.

“With him gone, God willing, his work and his path will not be stopped, but severe revenge awaits the criminals who bloodied their foul hands with his blood and other martyrs’ in last night’s incident.”

Khamenei said he was killed by “the most cruel of those on earth”.

“The lack of our devoted and dear general is bitter, but continuing the fight and achieving final victory will embitter the murderers and criminals even more.”

His efforts & path won’t be stopped by his martyrdom, by God’s Power, rather a #SevereRevenge awaits the criminals who have stained their hands with his & the other martyrs’ blood last night. Martyr Soleimani is an Intl figure of Resistance & all such people will seek revenge. /3

The Iranian nation will honor the memory of the noble Major-General Soleimani & the martyrs with him—particularly the great Abu Mahdi al-Muhandis— & I declare 3 days of mourning across the nation. I condole & congratulate his family. /5
Sayyed Ali Khamenei
Jan 3, 2020

“In a display of resolve and strength, we struck the leader of those attacking our sovereign US territories,” top House of Representatives Republican Kevin McCarthy said in a statement.

“Wow – the price of killing and injuring Americans has just gone up drastically,” Senator Lindsey Graham, a close confidant of Trump, wrote on Twitter.

Soleimani was a terrorist. President Trump and our brave servicemembers just reminded Iran—and the world—that we will not let attacks against Americans go unpunished.

“The killing of Soleimani… was an adventurist step that will increase tensions throughout the region,” the Russian foreign ministry was quoted as saying by news agencies RIA Novosti and TASS.

“Soleimani served the cause of protecting Iran’s national interests with devotion.”

Konstantin Kosachev, head of the foreign affairs committee of parliament’s upper house, said Soleimani’s killing was a mistake that would hit back at Washington.

The killing of Soleimani risks provoking a “dangerous escalation of violence”, US House of Representatives Speaker Nancy Pelosi said in a statement.

“America — and the world — cannot afford to have tensions escalate to the point of no return.”

“President Trump just tossed a stick of dynamite into a tinderbox,” former vice president Joe Biden said in a statement.

“Iran will surely respond. We could be on the brink of a major conflict across the Middle East.”

“China has always opposed the use of force in international relations,” foreign ministry spokesman Geng Shuang said at a press briefing.

“We urge the relevant sides, especially the United States, to remain calm and exercise restraint to avoid further escalating tensions.”

He said Iraq’s sovereignty, independence and territorial integrity must be respected.

Read more: Iraq could ‘pay price’ for US strike on Iran commander: analysts

“Meting out the appropriate punishment to these criminal assassins… will be the responsibility and task of all resistance fighters worldwide,” the leader of Lebanon’s Hezbollah Shiite militant group, Hassan Nasrallah, said in a statement.

“We will carry a flag on all battlefields and all fronts and we will step up the victories of the axis of resistance with the blessing of his pure blood.”

“The assassination of an Iraqi military commander in an official post is an aggression against the country of Iraq, its state, its government and its people,” he said in a statement.

It was a “flagrant violation of the conditions authorising the presence of US troops” on Iraqi soil.

“In such operations, when can see an escalation is under way, what we want above all is stability and de-escalation.

“All of France’s efforts… in all parts of the world aim to ensure that we are creating the conditions for peace or at least stability.

“Our role is not to take sides, but to talk with everyone.”

British Foreign Secretary Dominic Raab said London had “always recognised the aggressive threat” posed by Soleimani and his Quds Force. “Following his death, we urge all parties to de-escalate. Further conflict is none of our interests.”

Syria is “certain that this cowardly US aggression… will only strengthen determination to follow in the path of the resistance’s martyred leaders,” a foreign ministry official was quoted as saying by state news agency SANA.

The official described the killings as “a serious escalation” of the regional situation and accused the US of resorting to “the methods of criminal gangs”.

The strike was “part of the (US) policy aiming to create tensions and fuel conflict in countries in the region”.

Iraqis who have demonstrated for months against a government they see as beholden to Iran broke into song and dance.

“Oh Qasem Soleimani, this is a divine victory,” they cheered in Baghdad’s Tahrir Square.

“This is God’s revenge for the blood of those killed,” one added, after nearly 460 people were killed in violence that many demonstrators have blamed on Iran-backed security forces.

US China Dialogue in Washington: US denies waging ‘Cold War’

US thaws from Arctic deep freeze as death toll climbs