Raffia Arshad hopes to be the trailblazer for other Muslim women. She has a 17-year career in law. Raffia Arshad said her success is tantamount to the success of women. With unwavering tenacity, she continues to work in her field. 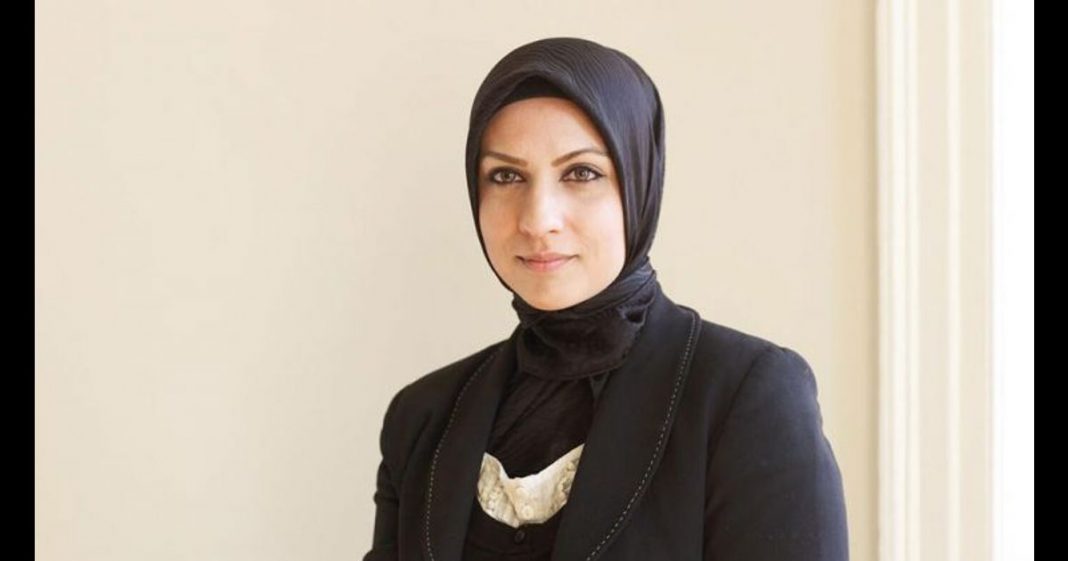 Raffia Arshad hopes to be the trailblazer for other Muslim women. She has a 17-year career in law. Raffia Arshad said her success tantamount to the success of women.

She said she overcame her apprehension of discrimination. She feared her ethnic minority background and working-class upbringing would cloud her progress in the field of law. But with unwavering tenacity, she continued to work in her field.

"Don't worry about what you look like, don't worry about not fitting into the mould, break that mould and achieve what you need to” – Judge Arshad, first hijab-wearing UK deputy district judge https://t.co/gmoUTTCKr1

Arshad went on to say that, “It took a while to get here but I’m so pleased. It’s not just a personal achievement. It’s a huge achievement for anyone from a diverse background.”

With her new responsibility, she wants to support the ‘sound of diversity’.

Arshad in her interviews with several British media outlets says that the messages of appreciation and encouragement from various men and women are the real reward.

“I’ve had so many emails from people, men, and women. It’s the ones from women that stand out, saying that they wear a hijab and they thought they wouldn’t even be able to become a barrister, let alone a judge,” said Raffia Arshad.

Raffia had turned up at the court to appear as a barrister in the case. But the court usher misinterpreted her and said to her, “You must be the interpreter?”

Judge Arshad said she is not an interpreter. Then the usher asked her again if she is here on work experience. To which she said, she is the barrister.

Congratulations @RaffiaArshad1 who has been appointed first UK Muslim Judge in Hijab.

The Lord Chief Justice has appointed Raffia Arshad as a Deputy District Judge on the Midland Circuit.https://t.co/41VhGctsyg pic.twitter.com/4CIDkyJlTS

“I have nothing against the usher who said that but it reflects that as a society, even for somebody who works in the courts, there is still this prejudicial view that professionals at the top end don’t look like me,” she said.

Judge Arshad that often Imposter syndrome in women holds women back. Referring to her experience, she said she often thinks is she good enough when appearing for cases in courts.

She said a defining moment came in her life in 2001. When a family relative asked her not to wear a headscarf for an interview for the scholarship at the Inns of Court School of Law. The relative believed her headscarf would affect her interview.

Read more: UK: Leader of the House of Commons surprises many by holding virtual Iftar

She said she decided to wear the headscarf because for her it’s so important for people to accept the way she is. “If I need to become a different person to pursue my profession, it’s not something I wanted,” she said.

Who is Raffia Arshad?

Raffia Arshad is a 40-year-old zealous British-Muslim judge. She is the mother of three and has a vast experience of 17-years in law. Her expertise lies in family law. However, she has practiced in other fields including private law children, forced marriage, female genital mutilation, and cases with Islamic law issues.

She received early education from Grammar School in West Yorkshire. She is the first from her family to study at a university. Judge Arshad is the author of the book titled Family Islamic Law.

Raffia Arshad was told to not wear her hijab to a scholarship interview in 2001. She refused to change to pursue her dream and became the UK’s first hijab-wearing judge last week

In 2002, Raffia Arshad started her practice after the completion of training. In 2004, she joined St Mary’s Family Law Chambers.

Also, according to the Muslim Council of Britain, Raffia Arshad has become the first hijab-wearing judge appointed in the western country. She is also among a few Muslim women judges across the world.

Previous articlePM Imran forms committee to address issues of female prisoners in Pakistan
Next articleGeorge Floyd’s murder: Violent protests spread across the US