‘Raging Bull’ about to take over Saudi Arabia 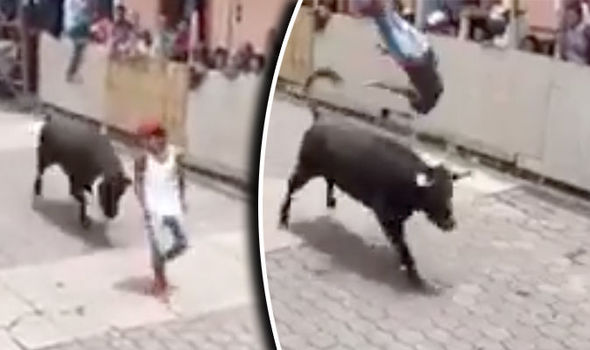 On Thursday morning, an unconfirmed story published in the Daily Mail has stated that sources close to the royal family have revealed that the King of Saudi Arabia, King Salman, is finally stepping down and handing over the reins to his son, the Crown Prince, Mohammad bin Salman (MBS).

The Daily Mail reported that the 81-year-old King Salman would still be the figurehead and custodian of the shrines of the oil giant but the Defense Minister and Crown Prince, Mohammad bin Salman, will lead the country.

MBS was named Salman’s successor in June and has since become notorious for his impulsive decision-making. He started his radical changes when he allowed women to be able to drive in Saudi Arabia. This was well received all across the world and was seen as a major step in the modernization of Saudi Arabia; a country that still has many medieval practices.

Saudi government is responsible for the recent resignation of Saad Hariri, the Prime Minister of Lebanon, so the manipulation of power in that region has already begun.

However, MBS has been on a roll recently, purging the royal family in an attempt to get rid of ‘corruption’. This attempt at curbing corruption has been seen by many as a power move to further cement the crown prince’s claim to the throne.

Two Saudi princes who disagreed with him have recently died under dubious circumstances and several princes and officials have been arrested. A bold decision by Muhammad bin Salman was to go after prince Al-Waleed bin Talal, who has been the face of the royal family for many years.

The multi-billionaire was arrested on Saturday, the 4th of November, on the grounds of corruption. The arrest took place a week after Jared Kushner, senior advisor to President Trump, visited MBS in Saudi Arabia. Al-Waleed has been critical of Trump for many years so the suspicious timing of Kushner’s visit and MBS going after Al-Waleed suggests the Crown Prince might be doing exactly what the United States wants and seems to have their full support.

Before becoming Crown Prince, the relatively inexperienced 32-year-old MBS was Defense minister and still continues to do that job. During his time as Defense Minister, he has been in charge of leading Saudi attacks in the civil war in Yemen where Saudi forces are fighting the Iranian backed Houthi rebels.

The Daily Mail reported that the 81-year-old King Salman would still be the figurehead and custodian of the shrines of the oil giant but the Defense Minister and Crown Prince, Mohammad bin Salman, will lead the country.

The constant bombing and destruction in Yemen that frequently kills civilians, recently killing 20 in July 2017, has led many to believe that the decisive Crown Prince could be the reason behind further instability in the region. The Daily Mail further added that MBS’s ascension to the throne would follow the strong military action by the Saudi government in Lebanon against Hezbollah.

Reports have also suggested that the Saudi government is responsible for the recent resignation of Saad Hariri, the Prime Minister of Lebanon, so the manipulation of power in that region has already begun.

Mohammad bin Salman is said to take charge sometime next week claimed the report unless something drastically goes wrong. A report from Bloomberg on the 12th of November however, revealed after speaking to a senior Saudi official that the Saudi King will not be abdicating. It will be interesting to see which report turns out to be true. Given the Crown Princes’ volatile nature, the world will be curious to see what steps he takes after he officially becomes king of one of the richest countries in the world.