Ray of hope: Pakistan’s journey towards a Polio-free country 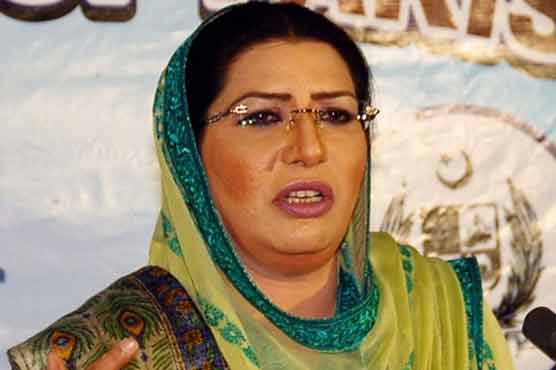 Pakistan’s decades-long persistent fight against Polio is now finally exhibiting the bright signals of culminating into fruition. Even Bill Gates, the co-founder of Bill and Melinda Gates Foundation could not resist appreciating the untiring efforts of Pakistan in eliminating the disease.

In a meetup held on the sidelines of the UNGA sessions, Bill Gates congratulated Pakistan’s Premier Shahid Khaqan Abbasi over the remarkable progress Pakistan is making in becoming a polio-free country.

Read more: ‘Saawan’ is a message of hope from Pakistan

Bill Gates also expressed his keen interest in expanding his services to other immunization programs in Pakistan.

In return, PM Abbasi too expressed gratitude for the efforts of ‘Bill and Melinda Gates Foundation’ in cushioning the struggle Pakistan is making in eradicating this disease.

Pakistan is one of the only three polio-endemic countries, alongside Nigeria and neighboring Afghanistan.

The recent figures also stipulate that with consistent efforts, Pakistan will soon rub off the remains of the disease in the other three pockets of the country.

Ayesha Raza Farooq, advisor to Prime Minister, supervising the immunization campaign on the Polio virus, opined that Pakistan needs to continue with a vigilant, watchful and proactive concerted efforts for complete eradication of the disease.

Read more: ‘A famine unlike any we have ever seen’

In the recent years, Pakistan was reprimanded internationally for being the bastion of the polio virus in the region. Subjected to demeaning statements over Pakistan’s ineptness in dealing with the Polio virus, the country’s citizens were faced with various sanctions such as including the imposition of travel ban or carrying along with themselves a valid polio immunization document in case of foreign visits.

However, the news is a ray of hope for the tensed Pakistani who are already ensnared in various other battles of sustaining their identities and existence.

Among the four major provinces of Pakistan, Punjab has steadily reached near to the point of completely eradicating the virus. However, slightly behind is Sindh, KPK and Balochistan are the remaining provinces that are still juggling with the menace.

Though just 4 cases reported this year one from each province, the recent samples tested from Sindh and Punjab showed the traces of the Polio.

The recent results have rang the bell for the provincial authorities that the battle is not over yet.

Sindh’s Chief Minister Murad Ali Shah admitted that restraining the spread of the contagious virus is perhaps the most challenging agenda his government has.

KPK is also resorting to educating children about the virus to ensure zero cases emerge in the future.

However, no reports from Kashmir and Gilgit-Baltistan are parts of the statistics that are issued officially. The exclusion of data from these regions gives the incomplete dissection of the Polio Virus and its existence in Pakistan.

Such exclusion of reports instill suspicions over the tall claims made by the government in the battle against Polio.

On the other hand FATA similar to other provinces, too recorded a decrease in the number of polio cases in recent years but remained the highest in among the individual figures in the national data base.

Thus the region is still considered as the contagious region for spreading the virus in other parts of the country.

Perhaps the socially fed fears and preconceived notions held by the people against the immunization makes the biggest impediment in making the region polio-free.

Pakistan can’t guarantee the smooth eradication of polio until the neighbor Afghanistan becomes polio-free too. The rampant cross-border movements can aid the transfer of virus from other side of the border here in Pakistan.

Where Pakistan needs to sustain its tight hold over the spread of the virus, it should also stress on Afghanistan to pace up their efforts in eradicating the virus so that the success is long-lived.

“Pakistan will not be bullied” – Lt. Gen. Tariq Khan