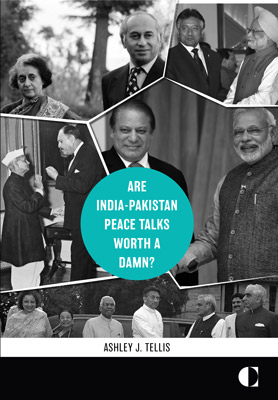 Dr. Pirzada, prominent Pakistani TV Anchor and political analyst, argued that real intentions of US appear to maintain a “strategic foothold” a vital presence in a region that borders China, Pakistan Iran and has serious Russian interests.

Dr. Moeed Pirzada, prominent Pakistani TV Anchor, was invited to speak on The Subcontinental podcast, of Stimson Center, Washington, hosted by Dr. Sameer Lalwani to discuss Pakistan’s response to the United States’ new strategy in Afghanistan, the domestic and foreign policy implications of the disqualification of Prime Minister Nawaz Sharif, and latest developments with regard to the China-Pakistan Economic Corridor.

The Subcontinental is a podcast of South Asian Voices (SAV). SAV is an online magazine hosted by the Stimson Center featuring analysis and commentary from rising strategic South Asian analysts and scholars.

Dr. Pirzada is currently, Editor Strategic Affairs, at Dunya News and hosts the prime time show Tonight with Moeed Pirzada. Previously, he was Director, World Affairs at PTV News and hosted the popular show Sochta Pakistan. Here is a link to the audio podcast, that contains the interesting discussion, with Stimson Center, Washington. Pirzada assertively puts out Pakistani perspective on the US plans.

Dr. Pirzada explained Pakistan’s perspective on President Trump’s latest Afghan policy. He argued that after the announcement of Trump’s ‘new’ Afghan policy, the predominant view held by Pakistan’s institutions, media, and think-tank community is that the US is using instability as an excuse to stay in Afghanistan indefinitely.

Dr. Pirzada explained that both China and Pakistan are already working together on the CPEC project which links China with Middle East, Africa, and Europe which allows it to bypass the difficult Strait of Malacca sea route. The CPEC project would help reduce distance and strategic vulnerability of the Chinese trade and industry. It will thus give a boost to the Chinese economy. Pakistan, Iran, Central Asia and African states will benefit a lot from this project which will reduce their reliance on the US. He explained that the US presence in Afghanistan is believed to be there to keep an eye on the regional countries there.

Read more: Trump unveiled an anti-CPEC strategy, not an Afghan one

Speaking on the US invitation to India to support its mission in Afghanistan, Dr. Pirzada stated that the only regional country which has actually applauded and welcomed Trump’s Afghan policy is India. Surprisingly, India does not share a land or sea border with Afghanistan. How India will bailout the US in Afghanistan is yet to be determined. He explained the concerns that Pakistan has over India expanding its role in Afghanistan and the NDS/RAW links. But also thought Indian’s were unlikely to play a strong visible role in Afghanistan since they would then become a target for Islamists. Strong Indian role in Afghanistan would also annoy China for a number of reasons.

Commenting on the concerns expressed by the regional countries having stakes in Afghanistan, Dr. Pirzada stated that China, Iran, Pakistan, and Russia would like the US to provide a timeframe for withdrawal of its forces from Afghanistan, since they believe that the presence of US forces in war torn Afghanistan serves as a further catalyst for violence and bloodshed. The desire for US withdrawal actually swayed China to participate in Murree Peace Process in which US, Pakistan, Afghan government and Taliban participated. However, the dialogue was probably torpedoed by Afghan intelligence services when they disclosed the news of the death of Mullah Umar. Similarly, Russia also tried to initiate dialogues between Afghan government and Taliban but that failed to bear any fruit as well. The reason China, Russia, Iran and Pakistan are striving to bring Taliban and Afghan unity government to table is that they know the solution to the Afghan problem can be achieved solely through dialogue which the US government is refusing to acknowledge.

Dr. Pirzada stated that over the years, the US has kept on changing its goals in Afghanistan. It invaded the country on the pretext of fighting Al-Qaeda, later on, Taliban became the enemy and now ISIS is being used as a pretext to stay in Afghanistan.

The only possible solution to the Afghan war, according to Dr. Pirzada, can be achieved through dialogue and by taking all stakeholders on board, especially Pakistan. Dr, Pirzada reiterated that by ignoring Pakistan, the victory for the US in Afghanistan is impossible.

They concluded the discussion with whats happening in Pakistani domestic politics and the importance of the forthcoming NA120 election.

Have Taliban strengthened their relations with Iran?