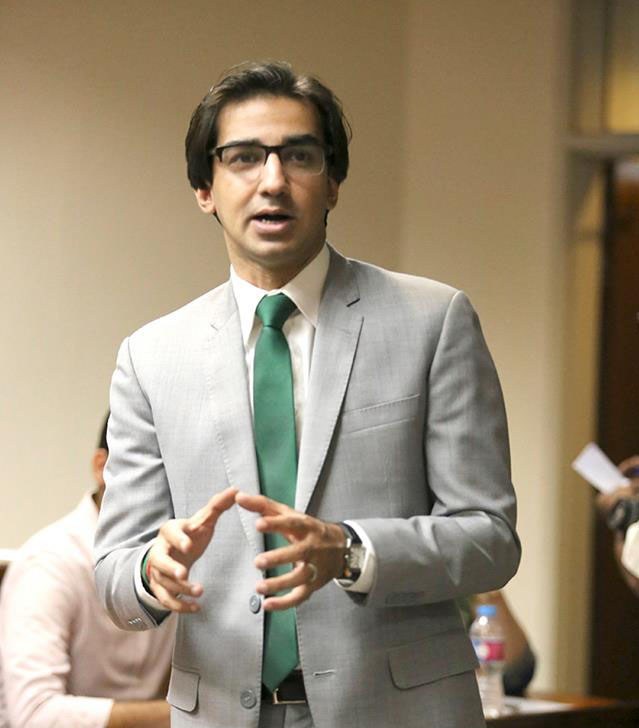 PTI’s 100-day plan is ambitious. It spans areas concerning governance, economy, agriculture, environment, social sector reform, and national security. And, truth be told, no one expects Kaptaan to achieve all of the envisioned goals, within the first 100 days of his government. Still, it will be important for PTI to demonstrate palpable intent and (at least some) action in regards to each of the areas outlined in its plan – including, of course, areas that have long been issues of (violent) controversy for our nation. At the forefront of such a controversial reform agenda is PTI’s (stated) goal to reform religious Madrassas, bringing them into the fold of mainstream education.

There is still no clarity as to how Kaptaan intends to bring (some of the) firebrand Madrassas, and their students, at par with private educational institutions. Even if commensurate resources could be diverted to Madrassas across Pakistan, and appropriate curriculum reform could be introduced – both of which are almost impossible to goals in themselves – how does PTI plan to reform the conservative (sometimes violent) mindset that has crept into our Madrassas? Also, is does Kaptaan have a plan to demilitarise Madrassas, as was envisioned in the National Action Plan? What about the sectarian mindset that forms the very identity and basis for certain Madrassas? For now, no plan has come forth.

These Madrassas, primarily registered as NGOs, are regulated by one of five central boards, representing the different sects/sub-sects of Islamic thought including Barelvi, Deobandi, Ahle-Hadith, Ahle-Tashih, and the Jamaat-e-Islami Pakistan.

But, taking a lead from PTI’s 100-day plan, it is time for the government to start a national debate about Madrassa reform and the future of religious education in Pakistan. A perusal of the history of Islamic civilization bears testament to a time when educational systems across the Muslim world, the ‘Madrassas’, were unchallenged cathedrals of religious and scientific advancement. We are told of a time, at the turn of the eleventh century, when Muslim, Christian, Jewish, and even atheist scholars, from the farthest corners of the world, would brave harshness of the desert and perilous months-long travel to flock to Isfahan and learn from Ibn Sina himself, who taught at the leading Madrassa of his time.

There under the tutelage of the great Ibn Sina, they would study mathematics, medicine, and astronomy, in addition to the study of religion and theology. Within the corridors of this great Islamic Madrassa, the first human surgery was conducted – at a time when it was banned by orthodox religion. Here under the blanket of the night stars, Ibn Sina and his students calculated the orbital movement of all the known planets of our solar system.

Read more: How to tackle radical madrassas in Pakistan

They wrote one of the defining treaties on Muslim history and a philosophical discourse on the meaning and interpretation of the Quran. And through the pursuit of knowledge, not only were they able to unlock some of the mysteries of the universe, but were also able to convert non-Muslims into the fold of Islam through the sheer glint of knowledge and education. We, in the present day Pakistan, have travelled an enormous distance from this awe-inspiring Islamic history.

Today, in Pakistan, we have close to twenty thousand Madrassas (according to the Ministry of Religious Affairs), with a student enrolment that exceeds two million ‘children’. These Madrassas, primarily registered as NGOs, are regulated by one of five central boards, representing the different sects/sub-sects of Islamic thought including Barelvi, Deobandi, Ahle-Hadith, Ahle-Tashih, and the Jamaat-e-Islami Pakistan. Generally, as part of their structure, Madrassas charge a nominal admission fee and no tuition fee from the enrolled students. Consequently, these Madrassas attract, for the most part, children of rural and impoverished families, who otherwise are unable to afford any other kind of education.

Kaptaan’s government must realize that promulgation of toothless laws, or the funding of spineless programs, will not be sufficient in reclaiming the lost ground in the battle between modernity and conservatism.

In line with practices that date back to the very inception of Islamic teachings (including the time of Ibn Sina), Madrassas in Pakistan regard the imparting of religious teaching to be the central theme of the education system. However, as a tragic break from the practices of the glorious past, the expansion of Madrassa curriculum to subjects other than doctrinal religion has altogether vanished in Pakistan (with a very few notable exceptions).

Governed, regulated, and funded by different sects within Islam, most Madrassas have developed a culture of the sectarian divide. The curriculum being taught within any given Madrassa has become the subjective (sometimes nefarious) interpretation of Islam, which best suits the political and theological agenda of one of the affiliated regulating central boards. This influence colors the manner in which students are taught ‘history’ of Pakistan as well as Islam and influences the forms of literature (if any) that are permitted, the strict contours of scientific study, and perhaps most importantly, the restrictive manner in which the human rights discourse is viewed.

Year after year those who ‘graduate’ from these Madrassas go on to serve as mullahs and clerics, in local mosques all across Pakistan. And as a natural consequence, this tainted philosophy of religion seeps into our mainstream culture, when announced through the loudspeaker during a Jummah sermon. And, bit by bit, the moderate voices of Pakistan, who unfortunately remained unschooled in the philosophy of religion, have surrendered their autonomous space in the temple of God to the vicious agenda of the sectarian religious divide. In this backdrop, it has become essential to reform both the structure and curriculum of the Madrassas.

To this end, under the Musharaf regime, several initiatives to reform the Madrassas were instituted in the year 2001. In part funded by international donors, a total of Rs. 5.7 billion were allocated to different projects, with the aim of introducing modernity and de-radicalization into our Madrassa culture. Additionally, an ordinance titled ‘Pakistan Madrassa Education (Establishment and Affiliation of Modern Deeni Madaris) Board, Ordinance, 2001’ was promulgated to bring the Madrassa curriculum in step with the secular modern education being taught across the public and private schools of Pakistan.

We will have to embody that undying spirit of learning (all learning) that rests at the heart of our religion whose first commandment was ‘Iqra’.

Soon thereafter, the ‘Voluntary Registration and Regulation Ordinance, 2002’ was promulgated in order to control and regulate the admission of foreigners into the Madrassas of Pakistan and to keep a close tab on their activities. Sadly, these initiatives have been vociferously rejected by most of the Madrassas, on the pretext that the ‘ulema’ want no State interference in the affairs of religious education. PTI’s 100-days (and beyond) strategy must not repeat the mistakes of our past. Kaptaan’s government must realize that promulgation of toothless laws, or the funding of spineless programs, will not be sufficient in reclaiming the lost ground in the battle between modernity and conservatism.

That those who have constructed their fiefdoms on the rhetoric of bigotry and religious violence will not surrender their hegemony over the Divine, simply because we ask them to. That the State’s policy of duplicity, which patronizes certain sects and their Madrassas, at the expense of others, will not succeed in uprooting the rhetoric of extremism. That the message of peace will remain unfulfilled so long as it is coloured by the green, black, and white turbans.

Any Madrassa reform policy must find its way back to Ibn Sina’s lamp, which lit the path of a knowledge revolution in its time. And for this to happen, each of us must play a part in this larger jihad for knowledge and peace. Each of us will have to confront ideas of violence and sectarian religious divide through our words and our actions. Each one of us will have to educate ourselves not only in our respective modern fields but also in the dialect of Islam that preaches truth and tranquility before any other lesson. We will have to embody that undying spirit of learning (all learning) that rests at the heart of our religion whose first commandment was ‘Iqra’.

Sugar crisis report again not submitted. Will it ever be presented to PM Khan?

Qatar to expand airport ahead of World Cup 2022