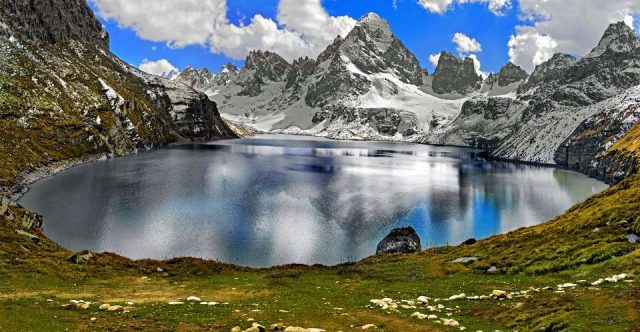 Tourism is picking up the pace in Pakistan with many western backpackers exploring Pakistan, making video blogs, and writing travel journals. The stereotypical international image of Pakistan instilled by terrorism and reinforced by the Western media had kept international and even local enthusiasts out of touring and exploration.

But with the rigorous efforts of Pakistani security forces and the local governments, all of the previously dangerous terrains have been cleared and rehabilitated. With the tourism industry resuscitating, there are corporate businesses realizing the potential of contributing to the revival of this industry.

Mari Petroleum recently partnered with Pakistan Trek that brought in students from London Business School for an extensive tour of all of Pakistan’s attractions. These students, of five different nationalities, were taken for a week-long tour across the northern areas which feature breathtaking landscapes, mountains, lakes, valleys, and meadows all across Swat, Gilgit Baltistan and Azad Kashmir all the way up to the Khunjerab pass.

They were also brought back to the urban attractions such as the Lahore Fort, Badshahi mosque in old Lahore and Lok Virsa Museum in Islamabad. Once in the capital city, engagements with the top leadership of the country and businessmen were arranged for a deeper insight into Pakistan and to discuss possibilities of promoting tourism and changing international narratives. They also met with students at top universities in Pakistan.

Recently, a Polish backpacker Eva ZuBeck started her Pakistan tour and uploaded extensive video blogs on her social media. The Instagram star had a massive response and was soon being courted by the Pakistani officials to various tourist spots. She visited the Naltar Valley with Pakistan Air Force that had organized a marathon for runners from around the world.

The adventurist has gathered thousands of followers over the past couple of months and has inspired a large number of international tourists with her soft-narrative efforts. She was also part of a tour organized by a London-based initiative earlier this month. The initiative was to take a group of international tourists and social media traveled across Pakistan to explore the real beauty of Pakistan through personal experience.

The PTI-led government in KP in the last tenure had taken concrete steps during the last tenure to provide better tourism opportunities and the influx in KP has grown over the past five years.

The group started their journey on the 1st of October from London which took them to Islamabad and from there to Swat, Ayun, Kalash Valleys, Chitral, back to Swat and Islamabad, Karachi and from there to Gwadar, back to Karachi and then back to London. These efforts, especially utilizing social media influencers are a gateway into reinventing Pakistan’s global face.

The federal Government expressed its commitment towards promoting tourism by opening up key-government buildings such as Chief Ministerial residences and governor houses for the public. The PTI-led government in KP in the last tenure had taken concrete steps during the last tenure to provide better tourism opportunities and the influx in KP has grown over the past five years.

The Digital Robinhood: Meet the man who shut down Trump’s Twitter

PM Imran Khan will not attend the World Economic Forum 2019

Malaysian PM Mahathir to arrive in Pakistan on 21st: FO