Resolve Kashmir issue before it is too late

The silence over Kashmir is indeed sinful, history will not forgive those who remain silent at this crucial juncture. The entire humanity has now experienced the lockdown for only days while the Kashmiris have been enduring it for months. 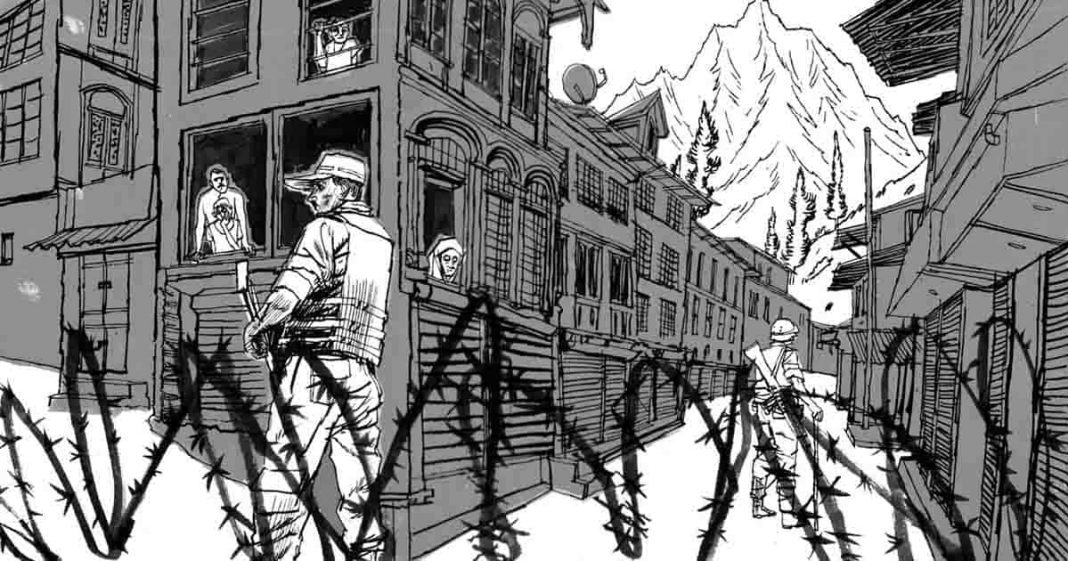 Before the end of the last century most gains of human equity were neutralised by greed-driven, inhuman leaders like Thatcher and Reagan. After three revolutions (Bolshevik-1917, Chinese-1949, Iranian-1979) and two world wars (WW I, WW II) that carried heavy human toll, humans had reached an equitable sharing and distribution of resources with respect for fundamental rights.

The revisionists as they are called, regrouped to take control of the world so that the mighty could again rule over the weak as it used to be. Against international agreements, Israel started to annex Palestinian land by pushing them out. Taking cue from this illegal and barbaric act, the Indian government under the Hindu fundamentalist regime of Narendra Modi decided to lockdown the Muslim majority state of Jammu and Kashmir on August 05, 2019.

The world watched with sinful silence when atrocities were being committed against unarmed human beings. Combined with the deregulated, globalised free market economic framework, the rich have become richer and more powerful. For the last five to six years I was wondering when this bubble of injustice would burst. Mao Tse Tung, the greatest revolutionary of the 20th century, believed that revolution comes through the barrel of the gun.

His ragtag people’s army defeated the forces of Chiang Kai shek and established his regime to build modern China. To thwart change and future revolutions, the forces of status-quo went for a massive arms build-up. Display of armaments of destruction represented development of a nation while ignoring fundamental human needs. Such a world could not survive for long, it had to be stalled in its tracks.

Now that the entire Koshur leadership on both sides of the LoC (Line of Control) are united in their call for freedom for the first time, a government in exile should be seriously considered

The lockdown in Kashmir has now spread to other parts of the world. It has hit the rich and the powerful even harder as they were used to a protected lifestyle. Amrita Sen rightly said, “A country with a free press has never experienced famine”. Despite information blockages, the news from Kashmir travelled all over the world.

Prime Minister Imran Khan made a very powerful speech at the UN on September 27, 2019 but the world did not move. Kashmir continues to bleed while the Muslim Ummah helplessly and silently watches. For a population of about 12 million, there are 9 lakh Indian troops. Houses are being burnt, young men killed and women raped by occupying forces.

Such barbaric acts cannot continue for long; there is bound to be resistance. Unlike the Palestinians, the Kashmiris are surrounded by friendly forces ready to stand up for them. No army can fight on multiple fronts. The Indian troops will have to surrender at the Bakshi Stadium in Srinagar like Pakistan Army did in 1971 at Paltan Maidan in Decca, it is only a matter of time.

The corona-driven lockdown has hit the world hard, rendering sophisticated armaments obsolete. The world now needs ventilators, not guided missiles to save human beings. Despite sharing a stretched border with China, Vietnam was able to control the pandemic very effectively. While the Muslim world is praying for forgiveness, it has remained silent on Kashmir.

Recently, only a statement was issued by the Organisation of Islamic Conference (OIC) raising concerns about the plight of the Kashmiris who have been in continuous lockdown for almost 300 days. While Imran Khan has been consistently talking about the Kashmiri struggle for their right to self-determination, others have not fared well.

Kashmir belongs to the Kashmiris; they call themselves ‘Koshur’. At the time of partition of the Indian Subcontinent, leaders like Sardar Ibrahim Khan and later K.H. Khurshid who opted for Pakistan, wanted to lead the liberation struggle by forming a government in exile. Both of them fell from favour of Islamabad. The elected government of Zulfiqar Ali Bhutto brought back mainstream Kashmiri leadership to reignite the Kashmiri cause.

Compassion for humanity will be the new norm. The silence over Kashmir is indeed sinful, history will not forgive those who remain silent at this crucial juncture

After the latest Indian incursion in Kashmir, this strategy has to be revisited before it is too late. The Modi government desires to change the demography of the valley to wrest control, which must be stopped. Year 2020 is decisive for Kashmir, it is fight-back time, now or never.

The voices for Kashmir have to be raised all over the world by Kashmiris and well-qualified foreign policy experts. Every forum should be tapped into, including elected parliaments in the West. In 1971, India launched an effective campaign against Pakistan in support of Bangladesh to win world sympathy for their cause. Now that the entire Koshur leadership on both sides of the LoC (Line of Control) are united in their call for freedom for the first time, a government in exile should be seriously considered.

The foreign office has to lead this effort till the Kashmir issue is settled according to the aspirations of the people of Kashmir. The post-corona world is bound to be more sympathetic to human sufferings, as all of humanity has faced the pandemic together. Now that the world is opening up, Kashmiris too need to be liberated after centuries of struggle and sacrifice.

A new world order may be in the making where human rights will be respected with effective international protective mechanisms. Compassion for humanity will be the new norm. The silence over Kashmir is indeed sinful, history will not forgive those who remain silent at this crucial juncture. The entire humanity has now experienced the lockdown for only days while the Kashmiris have been enduring it for months.

The dawn of freedom for Kashmir may have finally arrived in the 20th year of the 21st century setting a new trend for the current millennium as did the Bolshevik revolution in the 17th year of the last century. Only change is permanent, status-quo has never been a viable option for humanity to advance.

Dr. Farid A.Malik is the Ex-Chairman Pakistan Science Foundation. (Fr. General Manager PITAC, Process Engineering Manager Intel Corporation Engineering and Management Consultant). An expert on mining and energy, currently working on developing clean Coal Technologies for Thar Deposit. He was a Shadow Minister PTI and Co-Ordinator of the PTI Think Tank where the framework of the Welfare State was developed. The article was first published in The Nation and has been republished here with the author’s permission. The views expressed in this article are the author’s own and do not necessarily reflect Global Village Space’s editorial policy.