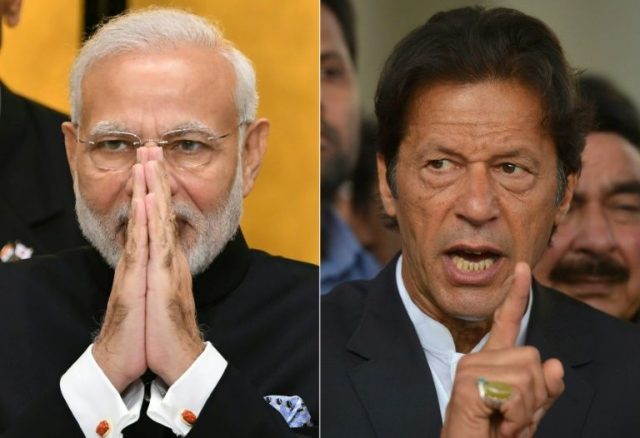 On 26 February, at midnight around 3.30am, the so-called largest democracy scraped a series of articles of the United Nations Organisation’s charter specifically related to the respect given to the sovereignty of any state. India Air Force (IAF) Mirage 2000 intruded from the Muzaffarabad sector in Pakistan on the pretence to eliminate its (India) visualized and propagated ghost terrorist camps.

Although, following Pulwama attack, Pakistan’s Prime Minister Imran Khan several times extended his possible cooperation in the investigation if India becomes able to provide “actionable evidence” regarding the attack. But evidence only tandems with reality, not with slander rhetoric. Modi has other priorities and lives on another planet.

The confluence of religion and nationalism is emphasizing Pakistan as a threat to Delhi is detrimental for regional peace.

Politically, Modi being naïve, to satisfy its warmongering disposition and to mobilize Hindus fanatics for the upcoming election, bent upon to wreak havoc and sabotage the regional peace for becoming a populous leader. While religiously, being the champion bigot of the extremist Rashtriya Swayamsevak Sangh (RSS), sees himself as the 21st-century’ avatar of Vishnu god.

For political and religious scoring, Prime Minister Modi very carefully chose the current circumstance to execute his abominated agenda. Pakistan steadily gets over terrorism menace, survived to get blacklisted in FATF review, emerging as a seductive destination for foreign investors, and more prominently has been playing a key role in the Afghan peace process. At the present time, the fifth-round of US-Taliban Peace talks has completed in Qatar.

Read more: For Modi, it is now do or die!

The first time, the Taliban’s deputy leader, Mullah Abdul Ghani Baradar, the highest and reliable negotiator, was an integral part of the Afghan peace process. Mullah Baradar’s personal presence and America’s welcoming gesture obviously were distinctive attributes and signs of hope for success. On both sides, the on-going round is taken the most concrete step towards peace and to put an end to the 17 years long war.

The painful movement for India regarding on-going Afghan peace talks is to be filtered out being part of any kind of post-settlement mechanism. The afresh round drew the clear line between the peace seeker and peace spoiler forces in Afghanistan. The first time, America recognizes Pakistan’s legitimate concerns in Afghanistan in the face of Indian involvement and bridles its unprecedented destructive engagement in Afghanistan.

And James Norman Mattis, United States Secretary of Defense was scornfully replied in Delhi on his official visit   “there shall be no boots from India on the ground [in Afghanistan].” However, instead of a nation build process, cultivating democracy, and promoting peace and prosperity in Afghanistan, India has left no stone unturned to transform Afghanistan into a proxy battleground against Pakistan.

The intangible impacts of Indian exclusion are graver than what can be seen on the diplomatic front. Side-lining India from likely finally happening peace settlement in Afghanistan has various strategic repercussions for the people sitting at the helm of affairs in New Delhi. The unfolding Pakistan’s facilitated peace process in Kabul will foil India’s two-front war strategy towards Pakistan to sap its (Pakistan) militarily.

Second, the embroiled Indian propaganda machine to malign Pakistan’s global soft-image will be exposed to the world community for spreading disinformation. As a forerunner of peace talks substantiates Pakistan’s quest for a constructive role in restoring peace in Afghanistan which is a pivotal section of its own National Interest in the first place.

The afresh round drew the clear line between the peace seeker and peace spoiler forces in Afghanistan.

At large, India embarks upon free-riding principle. It has been extracting economic benefits as a result of the security umbrella provided by others to the volatile regions from Africa to Asia-Pacific.  President Trump prudently pointed out “India makes billions of dollars in trade with the United States, and we want them to help us more with Afghanistan”.  Domestically, Modi has created the delusional rhetoric of “Strategic Autonomy” as a core principle of its strategic culture on one side, while self- created and self-defined monster in shape of Pakistan to influence and manipulate the public perceptions on the other.

However, in reality, India yet to get more powerful muscles to pursue the concept of strategic autonomy in the true sense and a genuine desire to work for peace in the region beyond zero-sum mentality. Great power requires great responsibilities; however, India being aspirant of the great power never shouldered the required responsibilities in the regional peacemaking mechanism but always shirked its duties by invoking false propaganda and astringent approach towards neighbours.

Apropos to the current developments,  in the coming power structure, Pakistan once again can be the fulcrum of the US doctrine, at least implicitly.  Pakistan is recovering and emerging as a chief player. It has grabbed the graze of international investors, emerged as significant contributory in the Afghan peace process, has been able to balance its relations with global powers and learning responsible behavioural patterns.

Internally, it has almost won over Indian sponsored terrorism, rebuilding its infrastructure on more innovative lines, and democracy is flourishing. However, In the backdrop of the on-going escalated tension between India and Pakistan, Prime Minister Modi’s approach encapsulated in ultra-nationalistic rhetoric is something beyond terrorism; Indeed, India has failed to pull-out itself from Pakistan-centric misdiagnosed findings. The confluence of religion and nationalism is emphasizing Pakistan as a threat to Delhi is detrimental for regional peace.

Hamna Marukh had been attached with National Counter Terrorism Authority. She contributes to various Pakistani newspapers.

Previous articleCheltenham Champion Hurdle: How the odds are shaping up
Next articleCrackdown against banned outifts: Masood Azhar’s brother, son arrested among 44

29 July 2021
Previous articleCheltenham Champion Hurdle: How the odds are shaping up
Next articleCrackdown against banned outifts: Masood Azhar’s brother, son arrested among 44