Has Pakistan Army finally reversed the British Great Game of 19th Century by embracing Russian Military? How China's rise affects this equation. It was something hotly debated between the panelists, moderator and audience at the 6th Oxford Literary Festival at Islamabad.

Reversing the Great Game – Pakistan’s Pivot, was one of the sessions at the 6th Oxford Literary Festival in Islamabad that attracted the attention of diplomats, think-tankers, academics and civil servants over the weekend. Discussion moderated by Dr. Moeed Pirzada, a prominent TV Anchor, generated a provocative debate in the Question & Answers (Q&A) session that followed in a hall jam-packed to capacity. 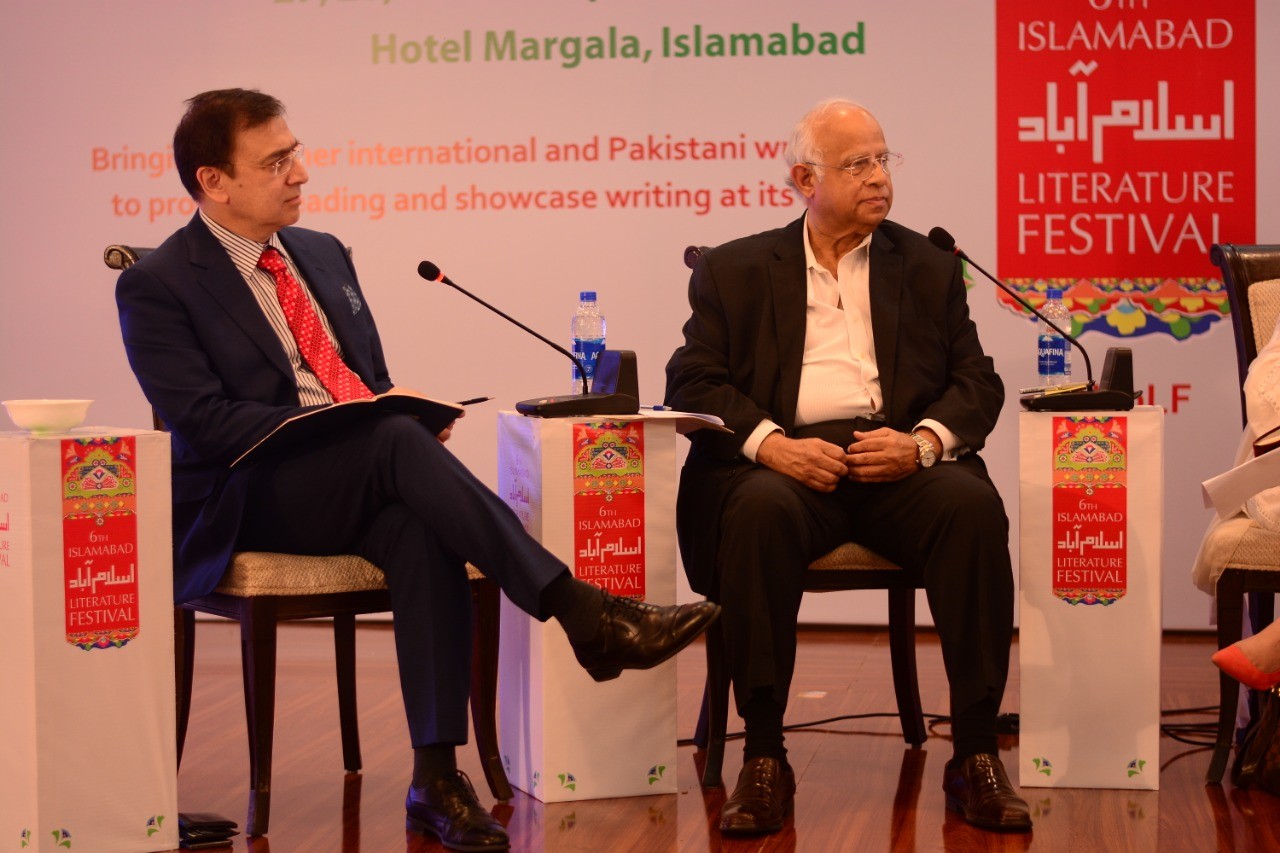 Author, and businessman, Ikram Sehgal known for his book, “Escape from Oblivion”, Dr. Huma Baqai, Professor International Relations at IBA Karachi and Gen. Asif Yaseen, ex-Defence Secretary were on the panel that mostly supported the thesis that ‘Rise of China and reassertion of Russia has reversed the traditional Great Game which Pakistani Army had inherited from the British Empire’.

Great Game is a much debated and discussed concept from the 19th Century – first used by young British Army officers posted in Kabul. The term was immortalized when Rudyard Kipling used it in his famous novel, Kim (1901).

Oxford Literary Festival (OLF) was launched six years ago by Ms.Amina Sayeed, the then MD of Oxford University Press (OUP) and has been a huge success in Pakistan’s literary and academic circles

Broadly speaking the term meant a strategic rivalry between the erstwhile British and Russian Empires in the 19th and early 20th century for control of Central Asia and protection of the British colony of India.

British believed that by carving out a buffer zone between Kabul and British India they were protecting their empire. Erstwhile tribal areas of FATA (now merged in the province of KP) were kept as the buffer zone between a Kabul believed to be under the Russian, Czarist influence and Peshawar which British had inherited from the Sikh Empire (defeated in 1842).

Russian writers have always asserted that Great Game was a figment mostly of British imagination and Russia had no serious intentions on India.

But ideas of Great Game dominated minds till the Afghan War against Soviets (1980-1988) when a book, “The Next Domino” appearing from the United States, created the impression that the Soviet Union wanted to conquer Pakistan and reach warm waters of Arabian Sea.

Russians strongly reject this thesis and it’s now believed that, “Next Domino” was a work produced by CIA – American Intelligence Agency.

In September of 2018, a piece, “Reversing the Great Game” appeared in the publication of the Royal United Services Institute (RUSI) that argued that with new geostrategic calculations, the Great Game of 19th Century is now revising. And the Pakistani Army is now fast engaging the Russian military through joint exercises and deeper contacts.

Panelists mostly supported this thesis and talked a lot about the impact of a rising China. Moderator, Dr. Moeed Pirzada, however, kept disagreeing with them raising questions if Russia-Pakistan relations are indeed developing that fast as has been argued. And if all is the way panelists look at CPEC and its “game changing dynamics” then why Islamabad has been working hard to rejuvenate its relations with Washington.

Reversing the Great Game? It was great moderating this interesting session with a very competent panel, at the 6th Oxford Literary Festival in Islamabad @oxfordlitfest pic.twitter.com/ZhPKKYv2pJ

Tariq Fatemi, ex-SAPM Foreign Affairs to Prime Minister Nawaz Sharif latched out at Dr. Pirzada for being anti-China. Pirzada explained that as moderator his job is to raise questions and challenge dominant paradigms.

Oxford Literary Festival (OLF) was launched six years ago by Ms.Amina Sayeed, the then MD of Oxford University Press (OUP) and has been a huge success in Pakistan’s literary and academic circles. OLF in Islamabad was a later idea; it initially started in Karachi where it still attracts international attention. Literary Festival enjoys the support of Pakistan’s corporate world and diplomatic community.

In Islamabad, it’s now an event that defines the social and cultural activity of the capital city each year – passionately attended by academics, think-tankers, media and students. Most people come with their families.

Read more: Could the U.S face the Soviet style defeat in Afghanistan?

Ms. Sayeed has since then retried and has been replaced by Mr. Arshad Saeed Hussain who had previously served as head of About Pharmaceutical company in Pakistan. Mr. Saeed, a charismatic energetic executive has served with several multinationals in Pakistan including ICI. He is new to the world of books but in his brief interaction with GVS, he argues that he loves his role at Oxford University Press more than anything else he has done in his life.

Did Putin tell Imran Khan, his wife is Muslim? – Video

Why Washington failed to bring peace in Afghanistan?