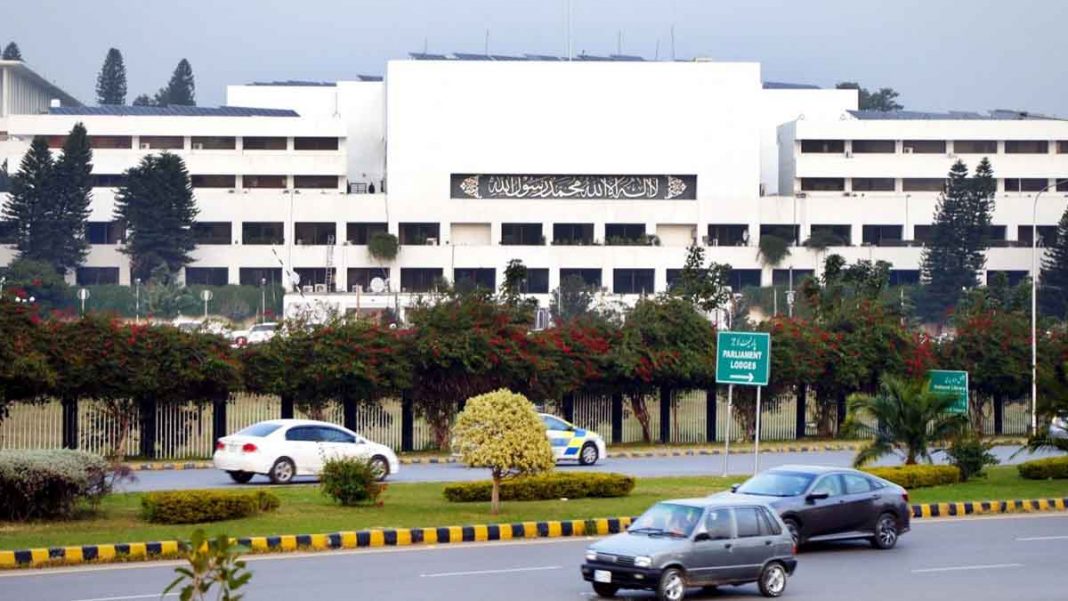 The 18th Amendment is showcased as a hallmark in the democratic struggle of civilian leadership in Pakistan. Much can be forgotten in the glory of this amendment and many aspects of this can be shrouded in pro-democracy slogans.

Two important elements can be extracted from the amendment; The first is the relinquishing of powers by the President to dissolve National and Provincial Assemblies, which was desirable. The second element relates to the devolution of various subjects (17 ministries in total) from the centre to the Provinces, which time has shown was far from perfect.

One of the fundamental impediments to the implementation of devolution, carried out in rather haste, in 2010 was that the provinces were neither ready, nor willing to take the responsibility of these subjects. Beyond the lack of capacity amongst the provinces to make the most of the powers transferred to them, their unwillingness to have a unified approach in a Federation left many things to be desired.

Read More: Why does the Centre intend to remove anomalies from the 18th Amendment?

Key questions behind the logic of devolution in a Pakistan

The famous definition of the government being divided into the Executive, Legislative (Parliament) and Judicial is insufficient to describe the realities of governance in Pakistan. The 18th amendment heavily impaired the Executive and Legislative pillars of federal governments and their bicameral parliament to have significant impact and control across the 4 provinces. This was done by empowering directly elected sub-national governments in a unicameral legislature known as the provincial assemblies.

One might ask why had significant powers been devolved (transferred) from the bicameral centre to the unicameral provinces, despite the presence of a reasonable structure to protect the interests of smaller sub-national units? True devolution of powers leading to development can be achieved through local governments, without ministries being transferred from the centre to the provinces. In fact, it is counter-intuitive to assume that provinces will somehow relinquish their powers (and consequently resources) to the local governments easily that they are mandated to form.

Read More: 18th amendment debate is irrelevant at this time!

18th Amendment: Devolution of Powers and its Political Ramifications

The devolution of the 18th Amendment resulted in the provinces not being accountable to the Federation for 17 subjects (including the key areas of health, education, social welfare and environment) and essentially transferred a huge chunk of accountability from the Executive branch of the Federal Government to the non-accountable heads of the sub-national units.

Ten years following the 18th Amendment, Pakistan is in a situation where a province led by an opposition party is unwilling to cooperate and progress in a Federation-so that its political benefits are not reaped by the other- and the Federal Government is unwilling to wholeheartedly help that province for the same reason. In a time where subtle but crucial human development interventions have become vital, this has a major fallout on the common citizen who is caught in the middle of this political and constitutional dilemma.

The aftermath of the recent urban floods in Karachi is a classic example of how the Sindh Government is reluctant to clean up the city and play its role in the Federation. Why would the Sindh Government want Karachi’s situation to improve knowing that its economic benefits will be reaped by the Federal Government? This spat is further exacerbated by the fact that Karachi helped PTI win the 2018 General Elections in the first place.

Read More: Will PTI be able to roll back 18th amendment?

Uniting the Federated Units and enhancing accountability is the only choice

In order to have better human and economic development outcomes, the provincial governments must be accountable to the Federal Government that represents the Federation and hence the Federal Government should be responsible for the provinces’ performances as well. This point becomes even more pertinent given a future scenario where South Punjab becomes a reality and GB and AJK are given provincial statuses. Intellectuals and legislators must find out a way to systematically avoid impediments to development that emerged as a consequence of the 18th Amendment.

With provinces going their own ways, it becomes exceedingly difficult for the Federal Government to have impact on key areas of human development such as Health, Education and the Environment that deserve a comprehensive national response.

The writer is a development sector consultant and the Founder of Torque Communities. He has an experience of over 7 years working in the development sector. This includes noticeable work in Sustainable Development, Climate Change, Youth Leadership Development, Education, Employability Development and other related areas. His key areas of interest are Economic Development and Politics as a means to an end for the former. He can be reached at  twitter@twangar and twangar@torquecommunities.org. The views expressed in this article are the authors own and do not necessarily reflect the editorial policy of Global Village Space.